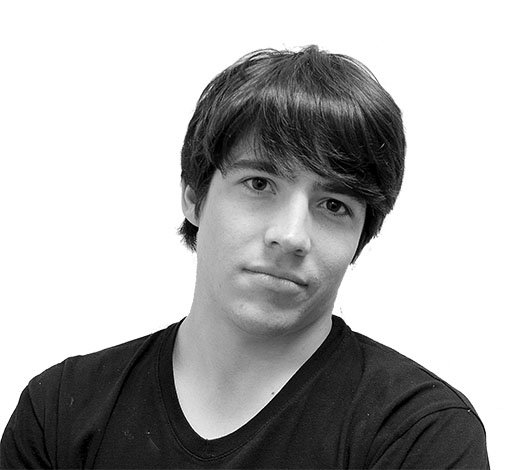 As you may have already heard, it is likely that all of the Union Street houses and Greenfire (which amount to a total of six houses) will need to be vacated by 2016. You may wonder how the university will handle this with an ever-expanding student body. Will we need to end our tradition of on-campus living for all students? Will we have to make students live in every nook and cranny on campus? Will practice rooms be converted to singles at night time? Will we lose the culture of group housing at Lawrence University?

All this is certainly keeping you up at night but never fear, Specht Pages is here. This transition does not have to be the train wreck we are all afraid it will be. We have solutions which will save the university money, help build a stronger sense of community and provide more housing on campus than we currently have, all without building a single additional structure or spending much money.

As I see it, we will lose 65 beds as well as vibrant circles of community with the loss of the houses. However, I think in the spirit of moving things around and compressing a little bit, it is entirely possible to make it work out.

First, in order to simply provide a place to live for the displaced students, I suggest that the “common living space,” or lobbies or whatever you choose to call the extra rooms in the Hiett suites should be changed to an extra room for students. We would effectively change quad suites into six person rooms, better known as Sexts, or perhaps even “Spechts.” Alongside, the double suites would be changed into quads. Doing so will open up an extra 70 beds in Hiett.

Further, this move will create the vibrant community that the building currently lacks. Eliminating the extra space in the rooms may lead to more people leaving their rooms more often. Currently, students don’t need to leave their room to use the bathroom or even if they need privacy from their roommate. But with students in close quarters, they will most likely start spilling out into the vast and numerous, yet empty lounges that make Hiett wonderful. RLAs would be thrilled that they will finally be able to successfully run a program and Hiett will become more real. Also, any complaints about this solution should be ignored because it would also save money. We do not need to live in the luxury of excessive space and people can learn to coordinate bathroom schedules.

The next step in my housing reformation plan—otherwise known as the “Specht Solution”—addresses the resultant lack of group and theme houses. The remedy for this will be to convert Kohler to a non-substance-free hall housing the new theme and small group residences. Each of the six upper floors are designed to provide housing for 20 people, but I suggest that the rooms ending with 11 and 04 (ex. 204, 211, 304, 311) be made into triples to add another two beds on each floor or 12 extra beds in total for the building. Then, each group could take over a floor in Kohler and have a great time. Thus Kohler would be the new residence for six groups of 22 people and one group of like five or so on the first floor. I have heard that Kohler was somewhat like this in the 80s or 90s when it was called the “Beer Can” for both its party reputation and its shape.

With the two changes given above, we could add 82 rooms to the building’s original designs, which is 17 more rooms than will be lost in the Union Street and Greenfire houses. If more housing is needed, Specht Pages would certainly endorse the proposed construction of 26 more student residences in the Landis Wing in Colman Hall, which would bring the total created residences under the Specht Solution up to 108.

By now, there are undoubtedly protesters with picket signs in front of Main Hall ready to hang me because of the lack of a substance-free dorm under the Specht Solution. Well, cool your jets, it can be Ormsby since it has a similar number of rooms as Kohler.

Now, the question remains: What will be done with the houses? I suppose that question will have to be answered by future generations of Specht Page writers.

Oh, and one more thing: Each year, under the Specht Solution to Housing (SSH), there shall be one unfortunate freshman who has to live in the cupola of Main Hall to kill off spiders, give tours, raise the flag every morning at 5:00 a.m., play the morning bugle call, use a chamber pot and study by candle-light in the unheated, un-insulated crown of our great campus.

Final thought: Specht Pages now has a Facebook page: facebook.com/spechtpages. Also, at least five Specht Pages Golden Tickets have been found: on a tree, in admissions house, on second and third floor Warch and on third floor of Mudd. Good luck on finding the final 13!

“You heard it first on Specht Pages.”