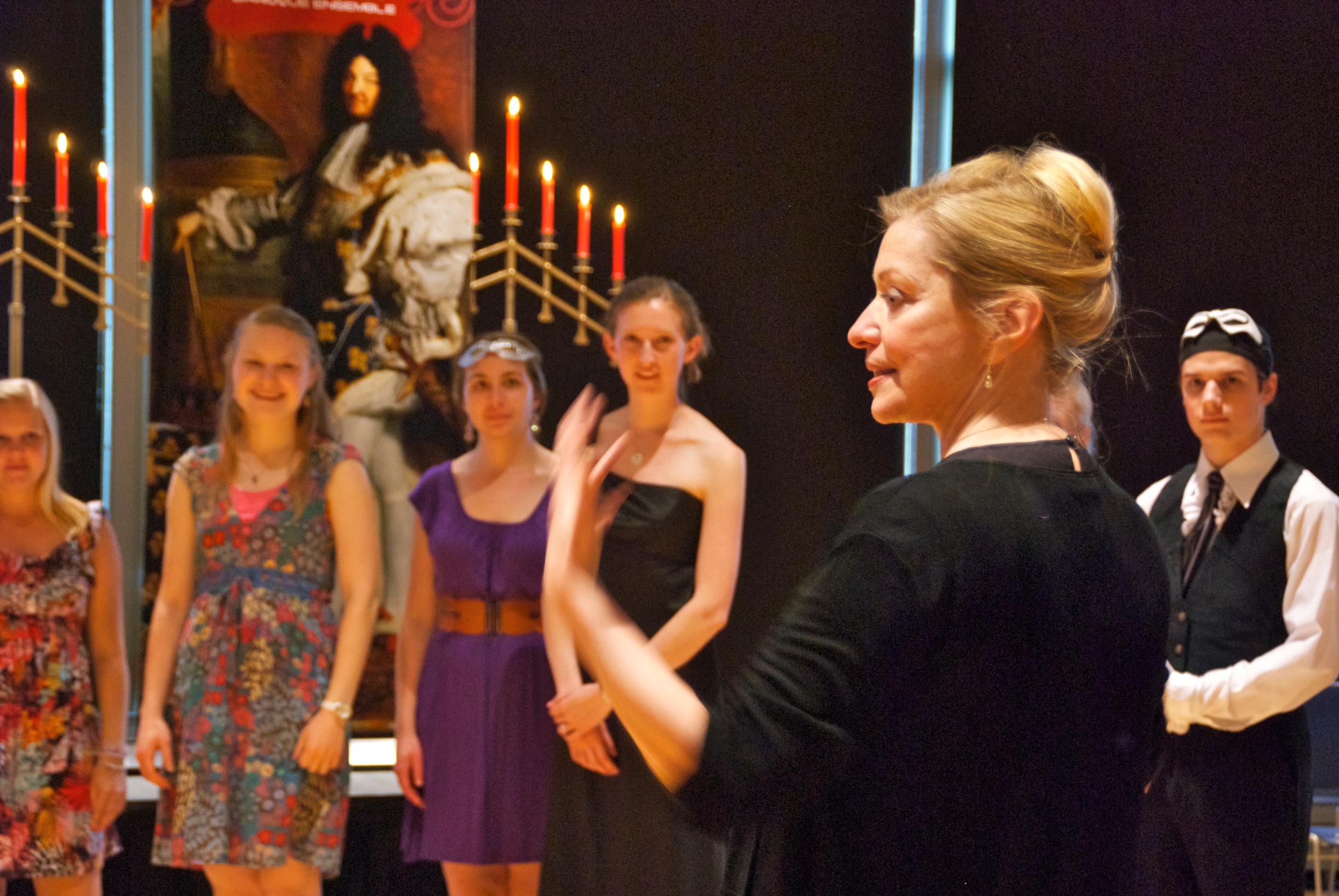 Appleton, Wisconsin got a taste of Louis XIV’s Versailles at the annual event “An Evening of Baroque Dance: Louis XIV Masque Ball,” which was held in the Warch Campus Center last Friday, May 18.

The event was sponsored by the Lawrence Baroque Ensemble, which was formed by four students in 2010 as part of the economics course Entrepreneurship in the Arts and Society.

There were over 100 attendees at the event. The evening began with hors d’oeuvres, which were then followed by the masque ball, at which the Baroque Ensemble provided free masques.

President Jill Beck and Visiting Professor in Dance Rebecca Salzer divided the attendees into two large groups and taught them two French baroque dances as well as the proper way to show reverence in the presence of a king.

According to Sara Ceballos, assistant professor of music, “[Louis XIV] was there ‘in person’ with a life size poster presented on a raised platform and surrounded by candles.”

Ceballos also provided historical notes so that the audience could understand the significance of music and masques in Louis XIV’s court. A small group of audience members had rehearsed ahead of time and performed a minuet for the rest of the company.

According to fifth-year Katelin Richter, founder and board member of the Lawrence Baroque Ensemble, “The mission of Lawrence Baroque is to study, rehearse and perform baroque music that enriches students’ liberal arts experience, inspires passion for period-instrument performance, preserves tradition and celebrates individual creativity. Lawrence Baroque connects audiences to history through unique concert experiences, community education, outreach and access for all.”

Richter said the event was a big success. In her words, “The smiles on everyone’s faces and the positive feedback we received afterward confirmed that this was a special and memorable night for all in attendance.”

She added, “The number of community members that our events bring to campus is also great — it correlates so well with Lawrence’s mission of community education.”

Lawrence Baroque Ensemble has held this event annually since 2010. Last year, it was based on a “Pride and Prejudice” theme, with a focus on English dance and the music of Henry Purcell. According to Richter, the event attendance has increased every year.

Lawrence Baroque holds other events as well. In the past, the group has hosted a guest lecture series, a collaborative concert with Flying Forms, a professional baroque chamber ensemble, an early instrument petting zoo and a collaborative performance of Jean Baptiste Lully’s “Te Deum” with the Lawrence University Concert Choir in February 2011.

To join Lawrence Baroque’s email list and get updates on upcoming events, visit the group’s Facebook page at Facebook.com/lawrencebaroque.