Bunke stars in “Sweetest Swing in Baseball” for senior project 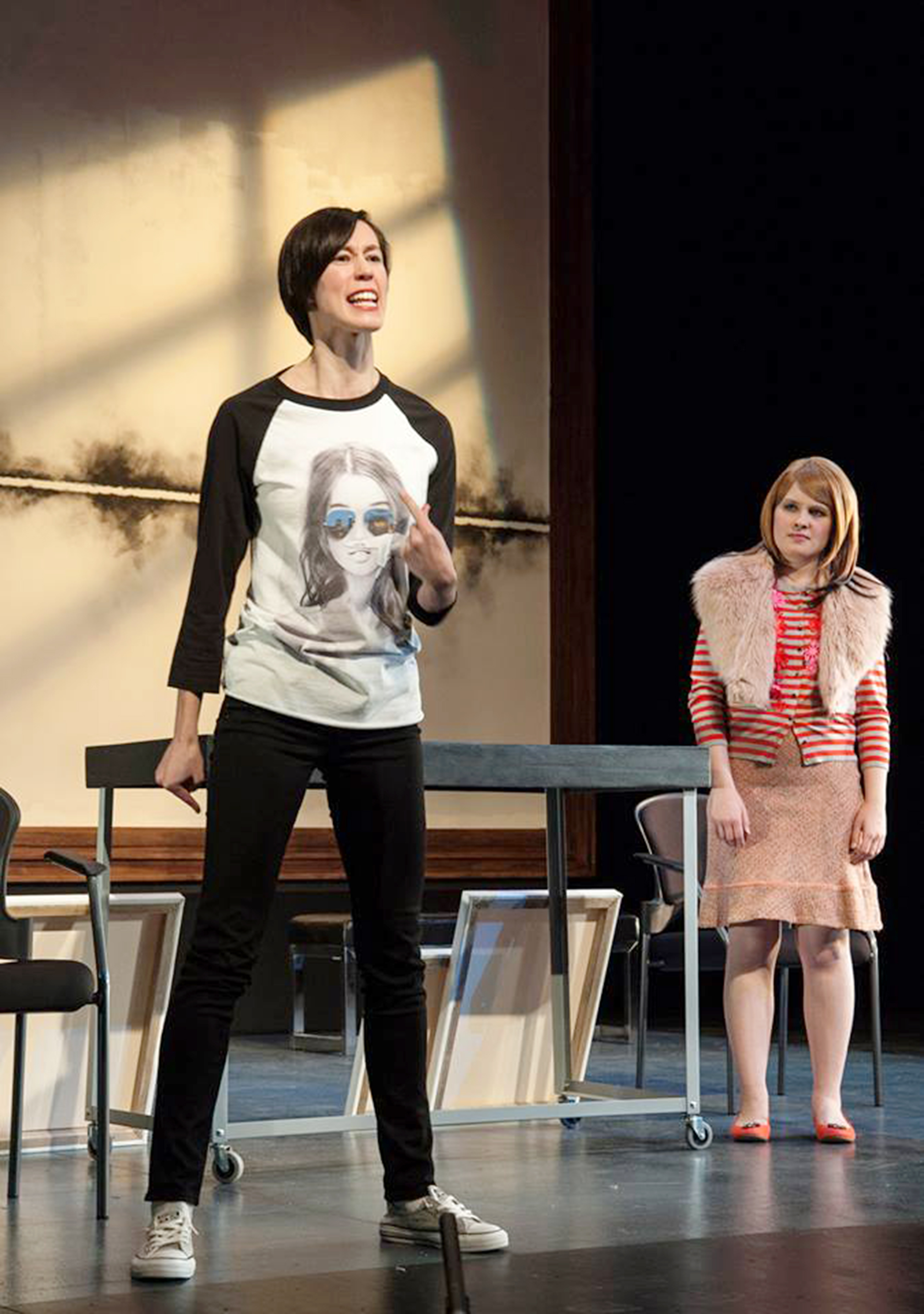 Mental health issues, when discussed in creative works, walk that fine line between comedy and tragedy. “One Flew Over the Cuckoo’s Nest,” “The Magic Mountain,” “Girl, Interrupted;” it’s an endlessly fascinating topic that can be viewed with equal merit through a variety of lenses. Last weekend, the Lawrence University theater department performed a fine example of this thematic tightrope: Rebecca Gilman’s play “The Sweetest Swing in Baseball.”

Gilman, an American playwright, often tackles controversial issues with a comedic twist. “Sweetest Swing” in particular examines suicide, private and public identity and treatment of mental patients. It concerns an artist-on-the-brink named Dana Fielding. After an unsuccessful show, she suffers a breakdown, attempts suicide and is consequently sent to a mental hospital. There, she meets an affable recovering alcoholic and a bombastic young man with murderous tendencies toward one specific newscaster. The insurance won’t pay for her to stay very long, however, so to extend it she hatches a plan to adapt the persona of famous MLB player Darryl Strawberry.

Fielding was played by senior Madeline Bunke. This role was particularly demanding on the actress, especially since the show doubled as her senior project.

“The biggest challenge I felt was letting Dana be more than a binary,” explained Bunke. “Just allowing her personas to blend in unexpected ways and let her become her own person.”

“My costars were honestly the best this time,” said Bunke. “For me as an actor you try to separate your character from yourself, but since this play is pretty heavy, I felt like I was the gloomy cloud sometimes. But my costars never let that bother them. Legitimately this was one of the first times I’ve ever been in any production where that happened.”

The play was directed by professor and chair of the Department of Theater Arts Timothy X. Troy. He originally recommended Bunke for the part of Fielding.

“Madeline first read the play in class a couple years ago,” Troy explained, “so she grew with the character long before she even knew she had the chance to portray Dana. The role is difficult and challenging. We’re lucky that Madeline brings her steely focus, her keen insight and her wide-ranging talents to the role.”

Reports from those involved with the play laud Troy’s directing style.

“My favorite thing about his rehearsal style is that he is really a crafter,” said Bunke, “in the sense that he lets you make your own choices and then works from there. It’s neither a free-for-all nor is it a ‘you-must-do-this,’ laying out everything. I like to think of it as sculpting a play.”

The Theater Department is off to a great start with this show. It has many more performances in store for the 2013-2014 season, so be sure to look out for them.