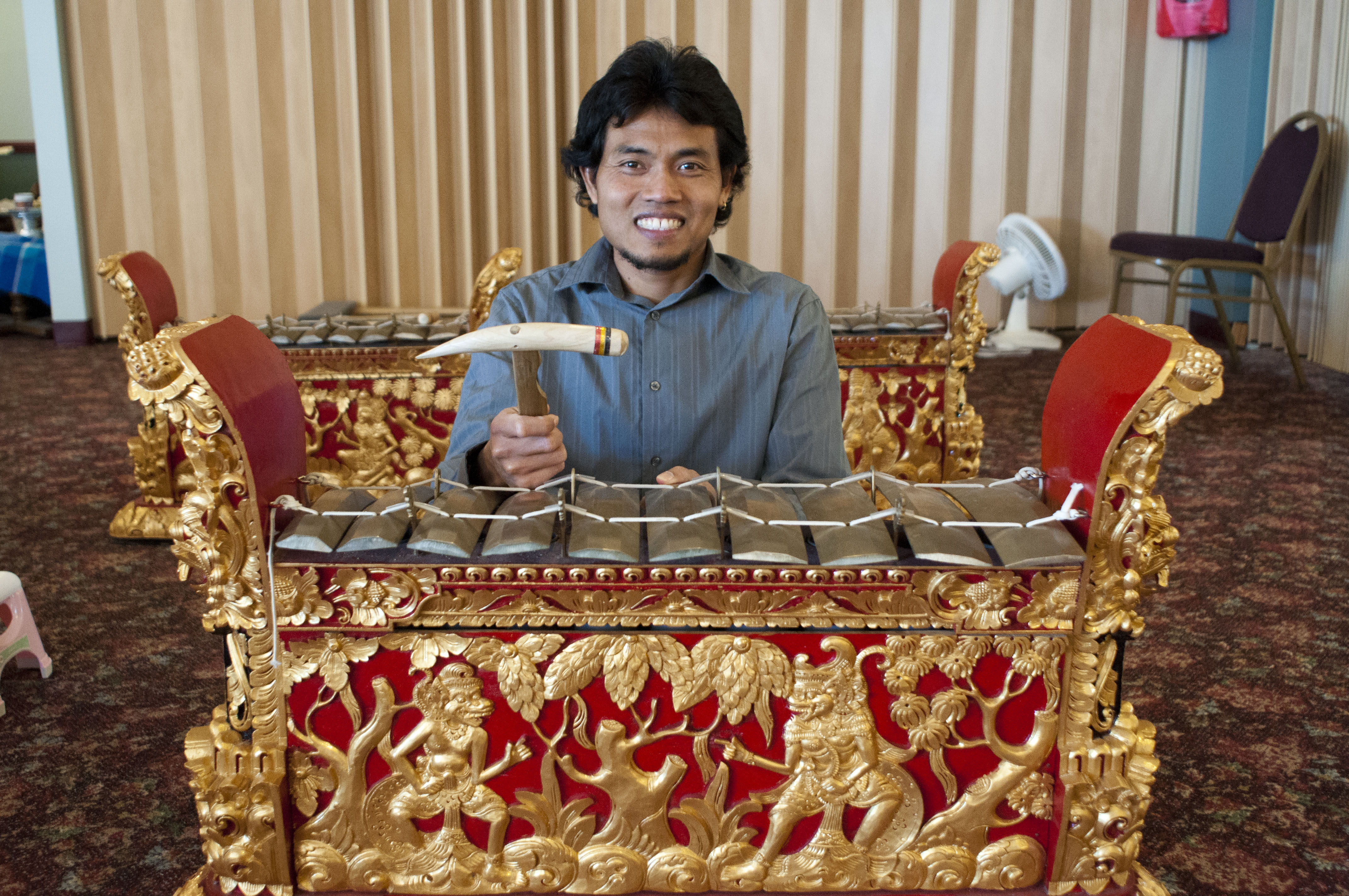 If you’ve ever made the trek to Colman Hall on a Wednesday night, it’s quite likely you are familiar with the bright timbre of wood on bronze. The haunting clinking and clanking sounds you may hear while approaching this far-removed part of campus may cause you to wonder if you’ve stumbled into a far-off land. These are the sounds of Bali, emulated by the Lawrence University Gamelan.

A ‘gangsa’ is a traditional Indonesian percussive ensemble featuring metallophones, gongs, drums and bamboo flutes. Approximately 20 people play the instruments. All the music is played using memory, rhythm and teamwork among the musicians. Lawrence is fortunate enough to have an authentic gamelan on our campus.

I Dewa Ketut Alit Adnyana, otherwise known as Pak Dewa or Mr. Dewa, is an internationally acclaimed Balinese performer and teacher of Gamelan, and lecturer of Lawrence’s music performance course, Balinese Gamelan Music. Pak Dewa is one of the founders of the Balinese Gamelan Çudamani and has toured with the group in the U.S., Canada, Japan, Italy and Greece.                      Pak Dewa also teaches young girls and boys at the not-for-profit Çudamani Summer Institute for Music and Dance in Bali. Lawrence is fortunate to have someone like Dewa teaching here, but the story of what led him to Appleton is one that even he admits is “pretty amazing.”

Professor Sonja Downing, Assistant Professor of Ethnomusicology and wife of Dewa, started Lawrence’s Gamelan program with Dean Pertl in the winter of 2009. At that time, Lawrence was borrowing a gangsa from the University of Illinois. When Downing proposed that Pak Dewa come to Lawrence, Dean Pertl was shocked to realize he had just seen Dewa’s gamelan group play a show in Seattle. The performance spoke for itself and no further questions were necessary; Dewa began working at Lawrence by the next academic year.

In 2010, Lawrence commissioned its own gamelan instruments to be made by a well-known gamelan maker in Bali. They arrived in 2011. Both Dewa and Downing were present at the blessing of the instruments before they were shipped from Dewa’s hometown in Bali to Appleton. 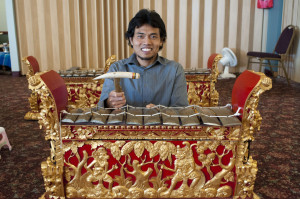 The notion of hiring Dewa without hesitation was certainly understandable; in order to truly teach and understand gamelan, you need to really experience it.

When I asked Dewa what he would like students to know about gamelan, he responded by saying, “You should come to a performance and experience it. If you don’t like it, then you can just go home, but you should get out and experience a different culture—it’s healthy.” And considering that a large portion of Lawrentians rarely make it off campus in any given week, this advice should resonate with all of us.

Gamelan has been played since about the 12th century in Indonesia, and as Pak Dewa said, “It’s integral to both religious and secular ceremonies.”

He went on to describe some of the values and restrictions associated with the ceremony, including removing of shoes, not stepping over the instruments and having an understanding of the ceremony. Here at Lawrence, gamelan has performed in two convocations, a capital campaign function and most recently had the honor of playing at the inauguration of President Burstein. There are also shows held in the Lucinda wing of Colman at the end of every year. Make the trek to Colman; it’s an experience you won’t want to miss.