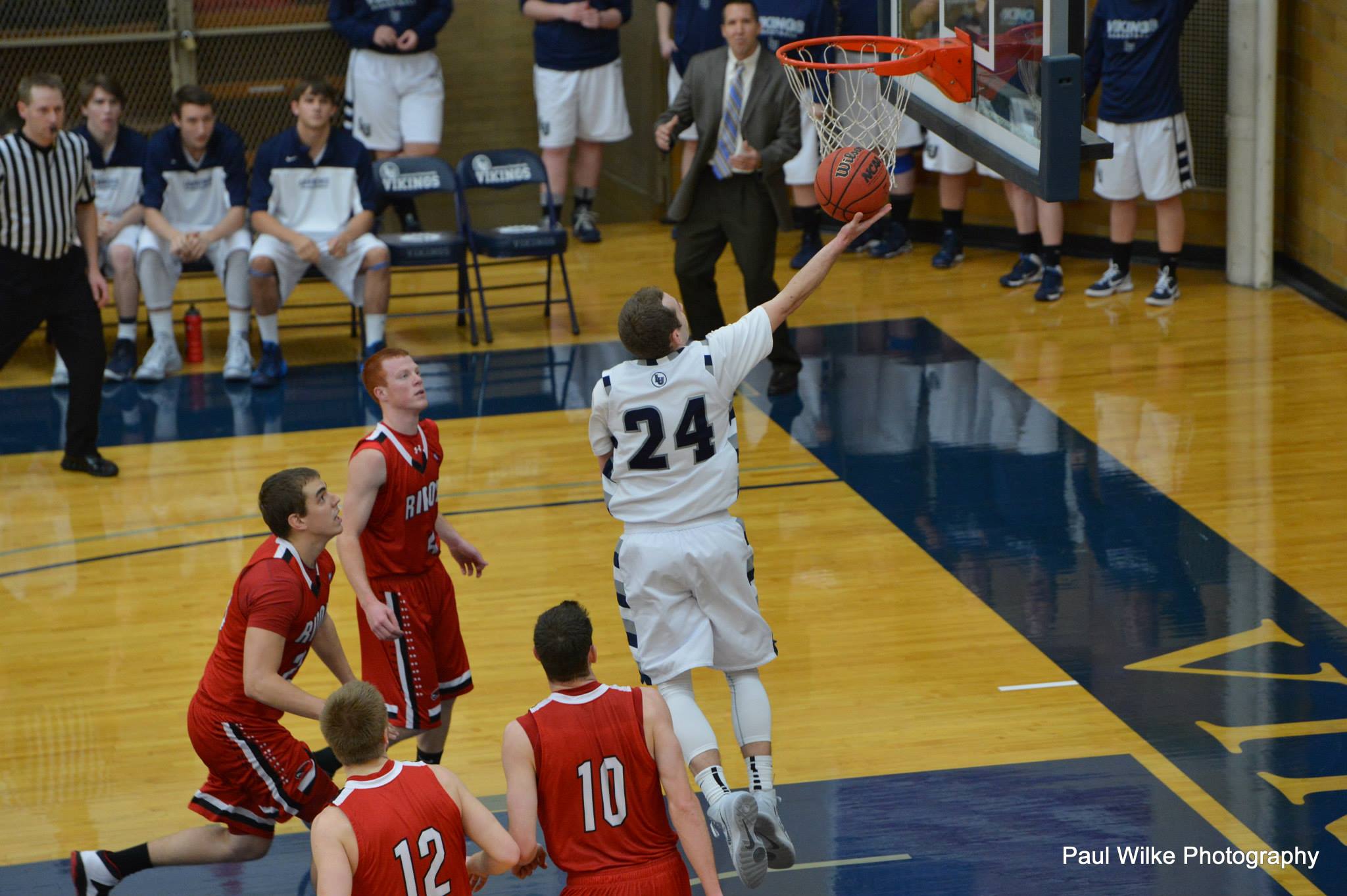 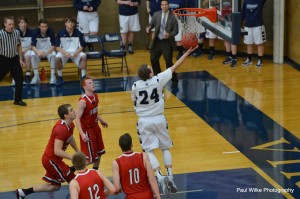 The men’s basketball team played at home on Saturday, Jan. 11 for the first time since Dec. 16, welcoming the rival Red Hawks of Ripon College. From the opening tip, it had the feel of a rivalry game.

In a fast-paced first half with very few stoppages of play, the Vikings and Red Hawks exchanged runs and went into the half tied at 36 points apiece. It was clear that this game would come down to the last few minutes, with neither team leading by more than four points in the second half. The teams traded clutch baskets down the stretch before Lawrence senior Chris Siebert put in a layup to give the Vikings a one-point lead with one minute left. Ripon countered with a three from the corner from Tyler Ketz to make the score 68-66 with thirty seconds to go. On the ensuing possession, Chris Siebert’s shot was blocked and rebounded by the Red Hawks, forcing the Vikings to foul. Ripon hit one of two free throws with 2.5 seconds left to make the score 69-66. Ripon fouled Lawrence on the next possession, preventing the Vikings from putting up a three, which ultimately gave Ripon the 69-66 win.

Siebert paced Lawrence with 24 points and senior Tyler Mazur contributed 16 off the bench. The loss dropped Lawrence to a 3-3 Midwest Conference record and 5-6 overall.

“It’s definitely tough to lose to your rival, especially by such a close margin. But that’s what the Midwest Conference is. We have to rebound from that quickly, though, because we have two big games this week,” said sophomore forward Trace Sonnleitner referring to the team’s two Conference games this week. “Both of those games are key games for us to accomplish our goal of making the Conference tournament.”

The top four teams make the Conference tournament. The Vikings are currently in fourth place in a tight MWC race, as five teams are within one game of the fourth spot.

The team traveled to Lake Forest on Tuesday, Jan. 14, but will return home to take on Grinnell and their extremely fast-paced style, which has given them the name “the circus” by many students here at Lawrence. Grinnell has received a lot of national attention this year due to their style of play as well as having guard Jack Taylor score 109 points in a game earlier this season. This attention definitely has the team looking forward to competition on Saturday. “It’s always fun when the circus comes to town,” commented sophomore guard Troy Miller. Sonnleitner joked, “I want to get Jack Taylor’s autograph.”