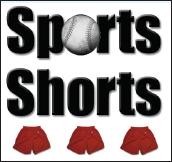 The LU wrestling team started off the season Nov. 11 by taking a limited number of wrestlers to the UW-Stevens Point Open. Freshman Tony Kazik led the Vikes with a fourth-place finish in the Silver Division at 133 pounds, netting the team 16 points. Freshman Matt Meiselman was 0-2 at 141 while fellow freshman John Fitzpatrick went 0-2 at heavyweight. In the Gold Division, both junior Kenny Hamm and sophomore Tony Norton went 2-0, with Hamm at heavyweight and Norton at 149. Next up for the Vikes is the Dec. 2 tournament at MSOE.
The LU men’s and women’s swimming and diving teams both picked up wins in their home pool against UW-River Falls at Nov. 11’s dual meet. The men beat the Falcons 130-101 while the women claimed a 168-125 victory. Sophomore Hayley Vatch followed up last week’s MWC Swimmer of the Week performances with wins in both the 500 and the 1000 freestyle, while freshman Julia Ziege swept the backstroke events. Marissa Vallette won three-meter diving and took second in one meter. On the men’s side, sophomores Taylor Brengel and Matt Yauch together took five events while assisting to sweep both the 400 medley and freestyle relays, while sophomore Kyle Griffin swept the distance events and freshman Brett Cox took the sprints. The Vikes next host the MWC North Relay meet Saturday, Nov. 18 at 1 p.m. in the Boldt Natatorium.

The LU cross country season officially ended Nov. 11 at the NCAA Division III Midwest Regional meet hosted by Augustana in Davenport, Iowa. The women’s team placed 27 out of 38 while the men came in 29 out of 37. Leading the Viking men in scoring was Phil Keith at 144th place, while Cate Frazier led the women at 103rd. Despite a course made sloppy by rain the previous day, six of the seven men sent to the meet ran season bests, including graduating seniors and captains Keith and David Quinlan. The women’s team was happy to beat St. Norbert, a feat that they fell short of at conference, and despite the extra kilometer the regionals race added to the normal five, three of the women — including graduating senior and captain Colleen Detjens — posted better kilometer splits than they had managed all season. 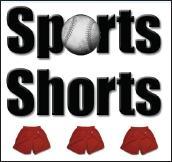