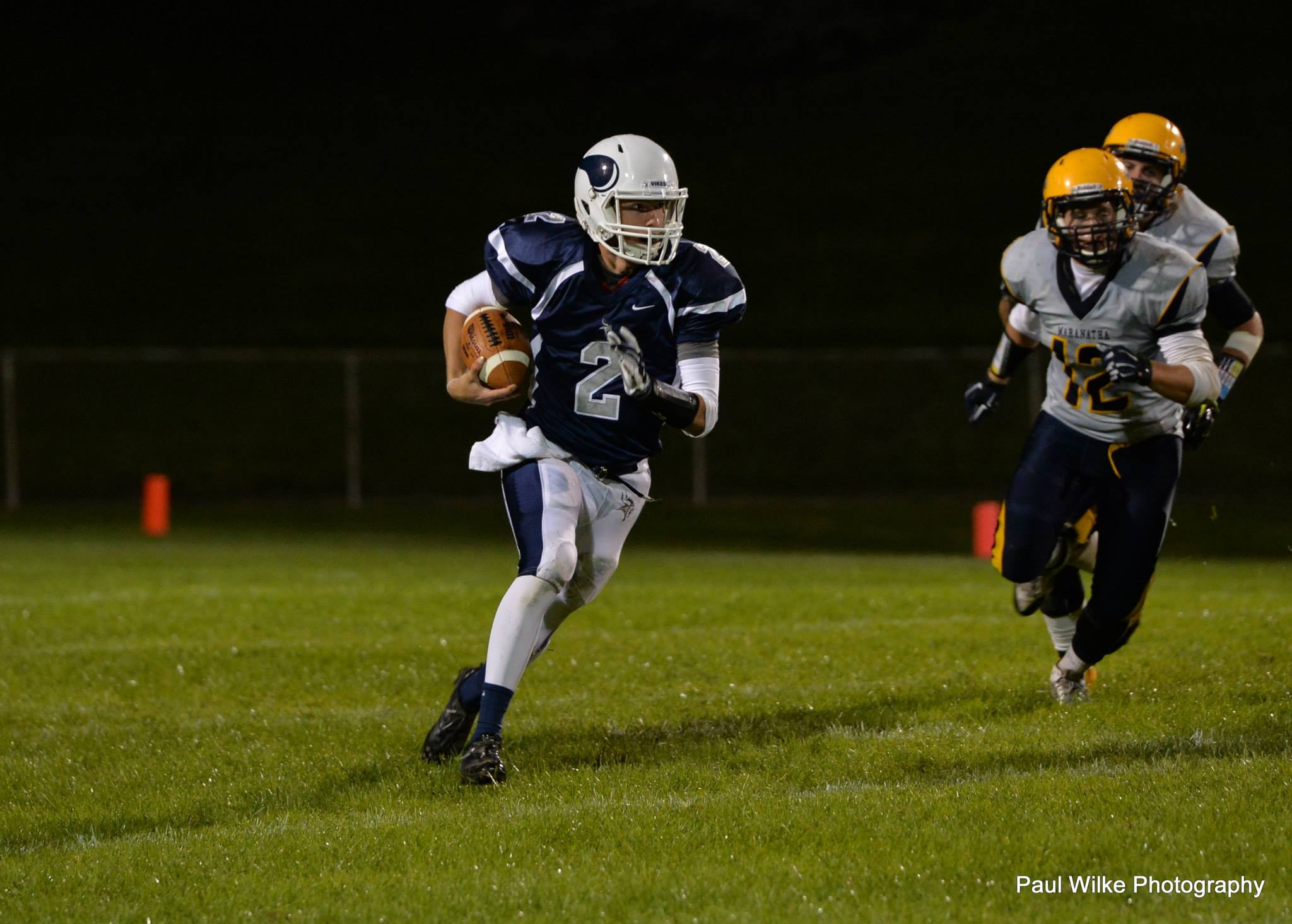 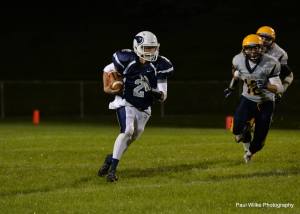 This week I sat down with Viking quarterback Chance Byrd to talk about his first ever start. The freshman threw for 274 yards and three touchdowns, while filling in for injured starter Tanner Schuh against Beloit. The biology major and Alabama native talked about his love of the Auburn Tigers, the tight bond the Viking Football team shares and transitioning to a new football career here in Appleton, Wis.

Pablo Morales: Do you have any thoughts on the game as a first time starter?

Chance Byrd: After Tanner got hurt last week and I had to come in for him, he had to go to the doctor the week after and they said he wasn’t going to be able to go this week. I found out Monday so I had all week to prepare and get ready for the game. It wasn’t a last minute “hey, you gotta go in,” so I guess I had a little time to get ready for it and get the right mindset.

PM: You had a great showing on Saturday. What was going through your head starting your first game?

CB: It was kind of mixed emotions… I wasn’t as nervous as I thought I’d be, because of the preparation aspect. It wasn’t that nerve-wracking, but you still can’t help but get a little bubble guts. Again, the coaches did a really good job of making sure we were ready, that I was ready. The seniors helped make sure I knew they had my back, and I had the confidence to say, ‘You know what, you got my back. I’m going to make sure I have yours, too.’ That helped a lot, too, knowing that the O-line was going to do their job, which they do every Saturday.

PM: It’s always great when you can have that kind of trust in your teammates.

CB: Credit really goes to the O-line, because I wouldn’t be sitting right here if it weren’t for them. Them, the receivers, the backs, and the defense all played a heck of a game, too. The glory goes to them, too, more than it does to me.

PM: It seems like you had some really good chemistry with Taylor Mandich, who also had a great game as a receiver. Do you guys get along well?

CB: Oh yeah, we get along real well. He was my host last year in the spring, so we stayed in contact all through the summer. We just have a connection—he’s my mentor, too, we have a mentor-mentee program on the team. It’s been easy to get things going with him. He’s a great receiver, a fifth year so he’s been doing it for quite a while. I know if I put the ball up and give him a shot at it he’s going to come down with it. All I did was have trust in him, and he really did the rest of it.

PM: How are you enjoying Lawrence so far?

CB: It’s a little bit different compared to back home in Alabama. It took a bit of getting used to since the city I come from has 6,000 people; it’s real rural. You know, here you’ve got 70,000; it’s a big city. Having the guys on the team with you making friendships and bonds helps a lot. Lawrence is nice; it’s a really great school, and everyone has been friendly since I’ve gotten here.

PM: Being from Alabama, are you an Alabama Crimson Tide or an Auburn Tigers fan?

CB: I’m an Auburn fan through and through. My mom and dad were Auburn fans so I grew up loving them. I have some aunts and uncles who are Alabama fans, so it gets a little interesting during the Iron Bowl. It’s fun having a little family competition.

PM: You must have been ecstatic after last year’s Iron Bowl and that 109-yard game winning punt return.

CB: Oh yeah. I was actually in Auburn for it. That was incredible, something you don’t see every day. It was a great experience being in Auburn for that crazy win.

PM: How has the transition been to college football from playing in high school?

CB: The game is a lot faster. The opponents, of course, are a lot bigger, faster, smarter, and the pace has changed a lot. It’s still just regular football, 11-on-11, though. From the offensive standpoint, you’ve got fewer plays in high school. You stick to your bread and butter. Here, with this offense, there are so many different plays you can run. The offensive playbook is just so wide open. It hasn’t been that hard, but it was a little challenging at first getting a handle on all the plays and different ways you can attack a team.

PM: So what is this jousting the football team does?

CB: It’s where you have two people, one guy is the horse and the other guy is on his back. We get pool noodles, and then put an egg inside some pantyhose and put it around the jouster’s head near the front. You have to crack the other person’s egg to win. It’s a good team bonding exercise. Coaches do a good job of making sure we stick together. It’s not hard, there are a lot of big brothers on the team, and we have the mentor-mentee thing, but we all look out for each other. There are no cliques; it’s everyone together as one.

By Pablo Morales This week I sat down with Viking quarterback Chance Byrd to talk about his first ever start. The freshman threw for 274 yards and three touchdowns, while filling in for injured starter Tanner Schuh against Beloit. The biology major and Alabama native talked about his love of the Auburn Tigers, the tight…