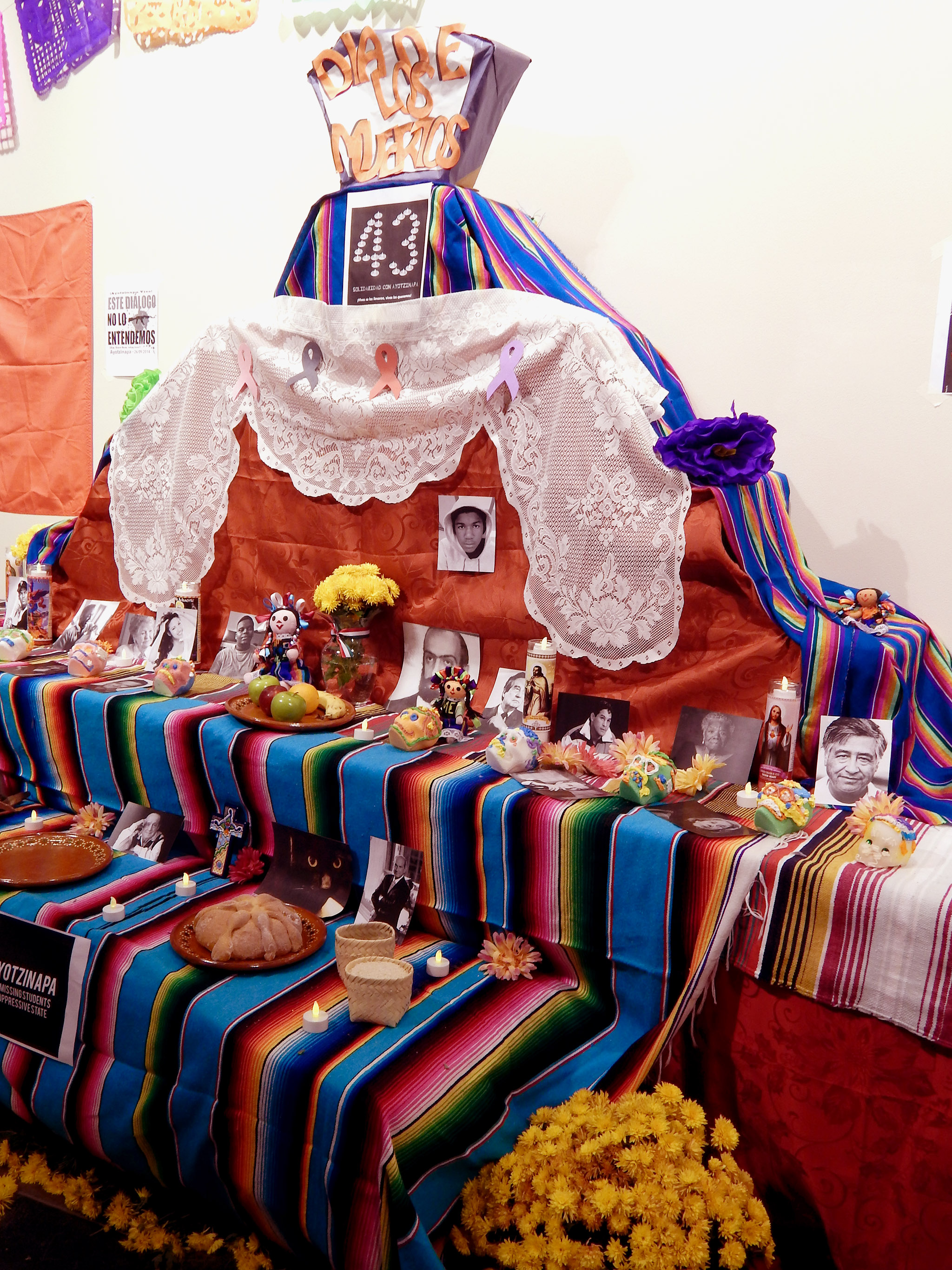 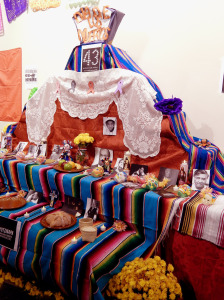 On the evening of Saturday, Nov. 1, VIVA displayed a traditional Día de los Muertos altar in the Warch Campus Center in order to inform students about Day of the Dead traditions and current events happening in Mexico. Fifth year student and president of VIVA Ollin García Pliego said, “We’re afraid the tradition is losing its purpose in Mexico, so we want to keep the culture alive.”

VIVA presents the altar every year on Nov. 1. “It’s been Viva’s tradition for the past years. Ever since I joined as a freshmen that was the big event,” Garcia Pliego explained.

“It’s a tradition that VIVA has and the main purpose is to share with the community what is the altar,” sophomore and secretary of VIVA Andrea Magaña added. “The community gets involved in this culture and event, and to teach people what is the meaning behind the alter.”

The Day of the Dead has a rich history of Mesoamerican tradition mixed with Catholic traditions. “It dates about 3,000 years ago. Not as we know it today, but its origins dates back 3,000 years ago.” Garcia Pliego said. “The ancestors of the Aztecs celebrated the dead because they thought that once you passed away you will come back to visit people who are alive.”

There is a lot of symbolism within the altar of the Day of the Dead. “We put sugar skulls, which represent the mortality of life. We put tissue paper, or papel picado, which symbolizes the fragility and mortality of life and the wings as well. We put food there as an offering to the dead ones,” said Garcia Pliego. He went on to explain the Catholic roots. “It has Catholic symbols such as a cross, saints, candles, stuff like that.”

VIVA chose to include the 43 students who were abducted by the Mexican government on Sept. 26 in order to honor them. “We’re in 2014, and the government takes 43 students and kills them,” said Garcia Pliego. “They didn’t even try to hide it. I’m a student. I go to Mexico a lot. I could get killed.”

“Right now we don’t know if the students are dead but everybody thinks that. And also, we [included] them to honor all the students through all the history of Mexico that have been killed by the government. And respect for them mainly,” explained Magaña. “That’s pretty much why we put them there because they are fighting the government. They have to be heard. I don’t think a lot of people knew about that. It was a great opportunity to inform people what’s going on in Mexico.”

By Rachel Taber On the evening of Saturday, Nov. 1, VIVA displayed a traditional Día de los Muertos altar in the Warch Campus Center in order to inform students about Day of the Dead traditions and current events happening in Mexico. Fifth year student and president of VIVA Ollin García Pliego said, “We’re afraid the…