Sian Beilock delivers convocation on the brain under pressure 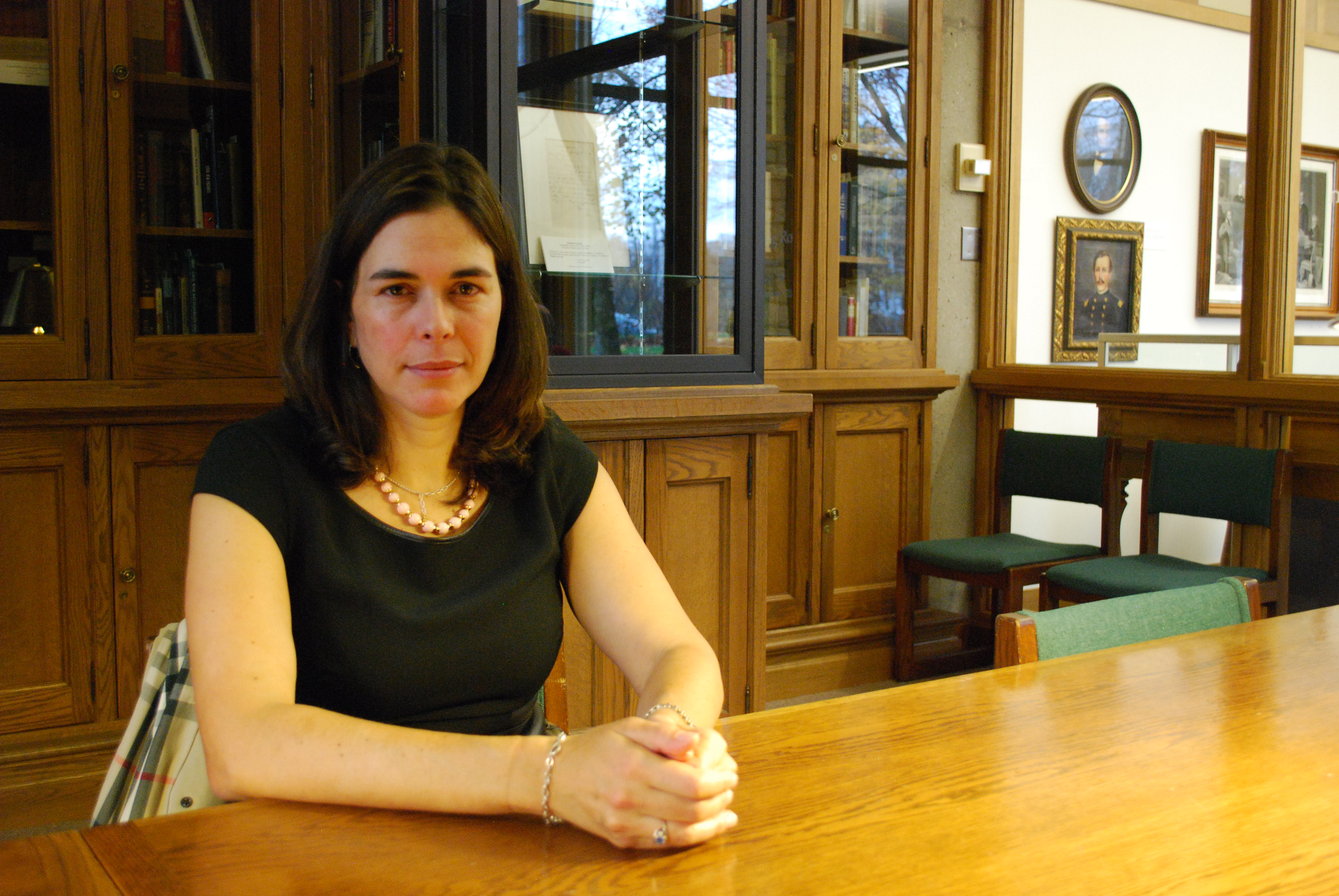 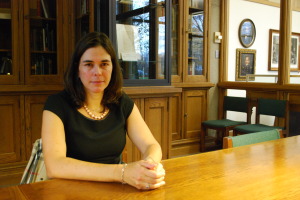 On Tuesday, Nov. 4, University of Chicago Professor of Psychology Sian Beilock delivered the Lawrence fall term convocation lecture. Beilock spoke about what happens in the brain when an individual is faced with a high-pressure situation, and “choking” under pressure: “why that happens, and what we can do to ensure we put our best foot forward.”

In his introductory statement, President Mark Burstein explained that “it’s particularly fitting to have her visit us at this point in the term. We all have finals on the brain.” Later in the day, Beilock answered audience questions at an open Q-and-A held in the Warch Campus Center Cinema.

Beilock has been invited to speak to a wide range of groups, including many schools, the Canadian Olympic team, and police and military groups. Despite her diverse audiences, the content of her speech remains essentially the same.

“Choke: What The Secrets Of The Brain Reveals About Getting It Right When You Have To,” Beilock’s first book, details the science behind the learning process and potential for breakdown which applies to everyone.

Beilock, who played lacrosse and the violin long before her research into the science of stress began, has dealt with her share of stressful situations, and still does.

“I choke most often when parallel parking,” she joked. However, she considers stress a universal human experience, although the particular stressor may be different. “Whether it’s on the athletic field or in the performance hall, choking or performing poorly because of the stress of a situation is something we’ve all experienced…what I talk about can provide tools to everyone so that they can perform better.”

“Without practice…we’re missing a big part of the key to performing at our best,” said Beilock, addressing the importance of repetition in honing a skill. However, practice does not always guarantee success when performing. “In stressful situations, instead of focusing on what we should, we often pay too much attention to the details of our performance,” explained Beilock, citing Jean van de Velde, a French golfer who choked on the last hole of the 1999 British Open.

“In the context of academic situations, especially mathematical situations…there’s something about the emotional centers [of the brain] that tamp down the individual’s ability to do math,” said Beilock, going on to describe the process of her research on math-anxious people. “The MRI maps activity in the brain during stress…the more math-anxious these people are, the more these regions light up when they’re told they’re going to have to do math…These are the same regions that react when you prick your finger.”

Beilock went on to state that “our body has a lot to say about how we’re going to perform…the way our face is contorted sends signals to the brain about how we should feel, and our body is no different.” She concluded by recommending “journaling” in stressful situations, citing high school classroom studies showing that writing about stress helps to relieve it.

Sophomore Gillian Etherington found that Beilock’s lecture validated what she had learned about musical performance at Lawrence. “A lot of what she talked about were things we practice in the conservatory,” said Etherington.

Sophomore Kyle Labak said he “was hoping she would present a solution to generalized anxiety,” but emphasized that he still found the information about short-term stress helpful in day-to-day life.