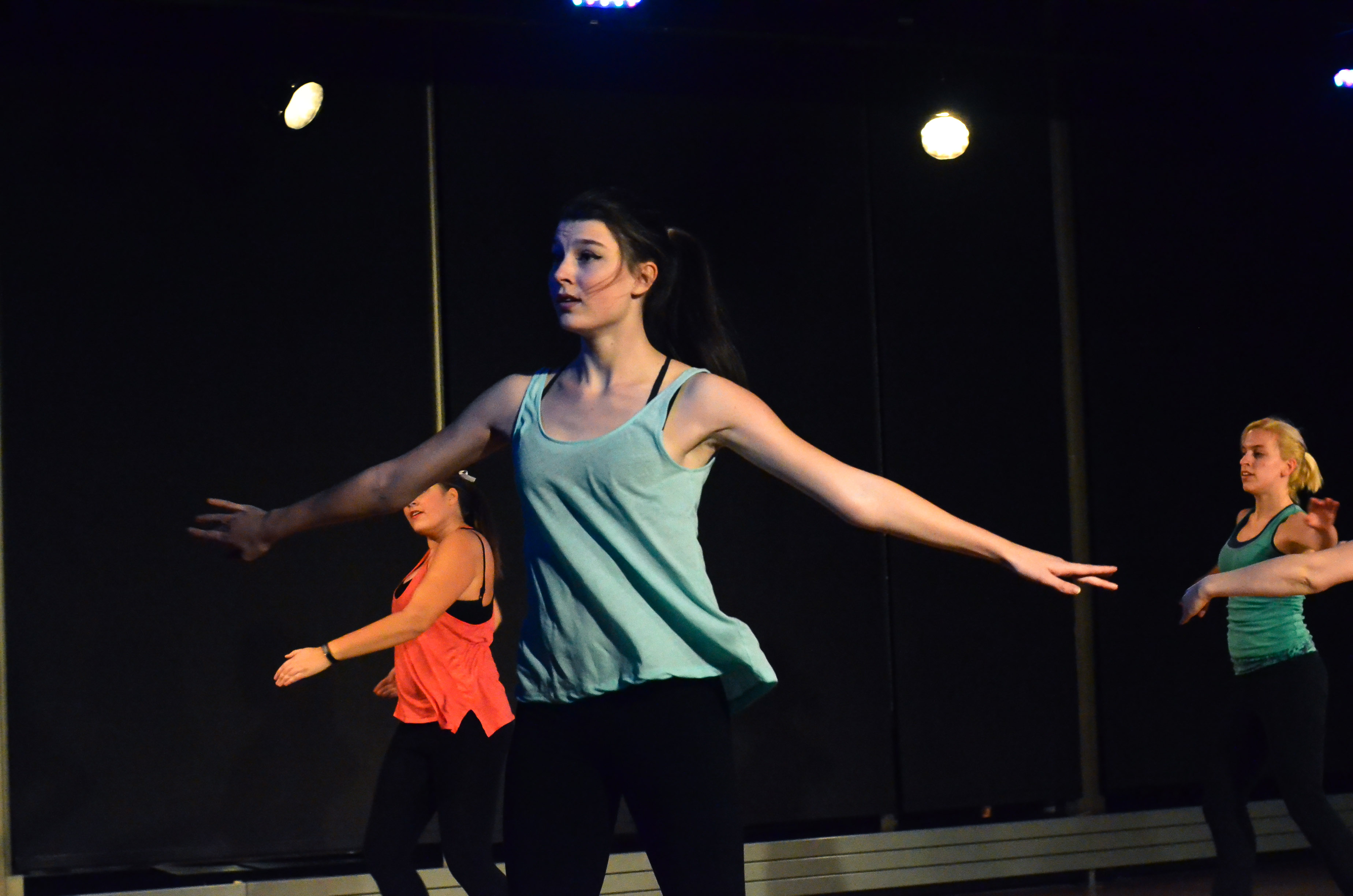 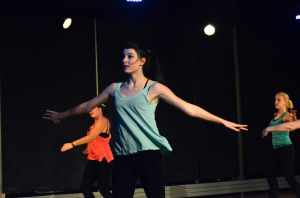 The Esch Hurvis Studio was abuzz with audience members and dancers alike on Friday, Nov. 7 for the Melee Fall Preview show. Ten minutes before the official start time, all the seats had already been filled and audience members started staking out the few remaining spots on the floor to either sit or stand. This turnout definitely made for a favorable beginning.

Executive Director of Melee and senior Adriane Melchert welcomed the sizeable audience to Melee’s first show of the year with a smile and a brief introduction to the performance. This show was a teaser for Melee’s big show in the spring and was meant to showcase what students have been working on so early in the school year.

The lights then dimmed, and the first piece was performed. A six-person group did a modern dance set to “Once in a While” by Shakey Graves. Each individual’s moves were distinct but felt similar in their smoothness, but when the group moved simultaneously, they felt very precise and connected. I really enjoyed the flow of this piece and the lightheartedness of the song.

The next piece was set to Beats Antique’s “Revival,” and felt like it had more sinister undertones. A contemporary dance with ballet elements, two dancers dressed all in black performed side by side. A particularly cool moment in this dance was when one dancer laid on the ground and moved her feet to resemble the hands of a clock, which shifted as the music began to sound like a tick-tock.

At the end of the dance, one of the dancers slowly moved her arm from left to right, as if to wipe the other dancer off the stage, and as the other dancer glided out of the spotlight, the music faded out. This made for a very dramatic ending, and provided contrast for the next piece.

The Lawrence University Dance Team took to the stage and performed to “Work Work” by Britney Spears. This large group—a dozen dancers strong—smiled widely and was dressed in red and black, with pom-poms to match.

The song selection was energizing and it was clear to see the dancers were having fun. This group is newly formed and it will be exciting to see how this competitive dance team develops over the course of the year.

Next to perform were two dance pairs from Lawrence Swing Dance. They danced to Ella Fitzgerald’s “It’s Alright with Me,” a song about falling in love with someone who is not “the right” someone, but about giving in to the romance anyway. The dancers swapped partners often, which I felt fit perfectly with the tone of the song, and the swing footwork was simply a delight.

After the swing group, Massive Movement performed to Jason Derulo’s “Zipper.” The largest dance ensemble of the evening, this hip-hop group showcased crisp movements, high energy and solid synchronization. There was even fun costume interplay with the title of the song—many of the dancers were wearing hoodies and playfully unzipped them to the beat.

The final group featured four dancers and performed to “All Around Me” by Flyleaf. This piece was lyrical and nature and offset the previous group with softer lines and mellowness. Yet again, the musical selection here really supported the movement.

About 25 minutes in length, all the dancers came out to enthusiastic applause at the end of the show. This preview was brief, but full of promise. When asked about the purpose of the preview show, Melchert said that, “We bill it as a teaser for the much bigger spring show, to show freshmen what we’re about and encourage other dancers to join the organization.”

“I think keeping this show small and fitting a larger audience into Esch also emphasizes what a following dance has developed on this campus and how willing the student body is to see this kind of art,” she added.

When asked about the Melee group and its goals, Melchert said, “Something I like about Melee is that our obligation is to each other and ourselves, and shows go up based on promises to one another. Being in somebody’s dance is a different kind of commitment, because the piece can’t go on when dancers miss each others’ rehearsals.”

As long as students are willing to teach, Melee will be haveclasses all winter, Mondays and Wednesdays from 7 p.m. to 9 p.m., usually in the Esch Hurvis Studio. Melchert encourages all who are interested in participating to contact her. Given the success of this preview, I look forward to their spring show.