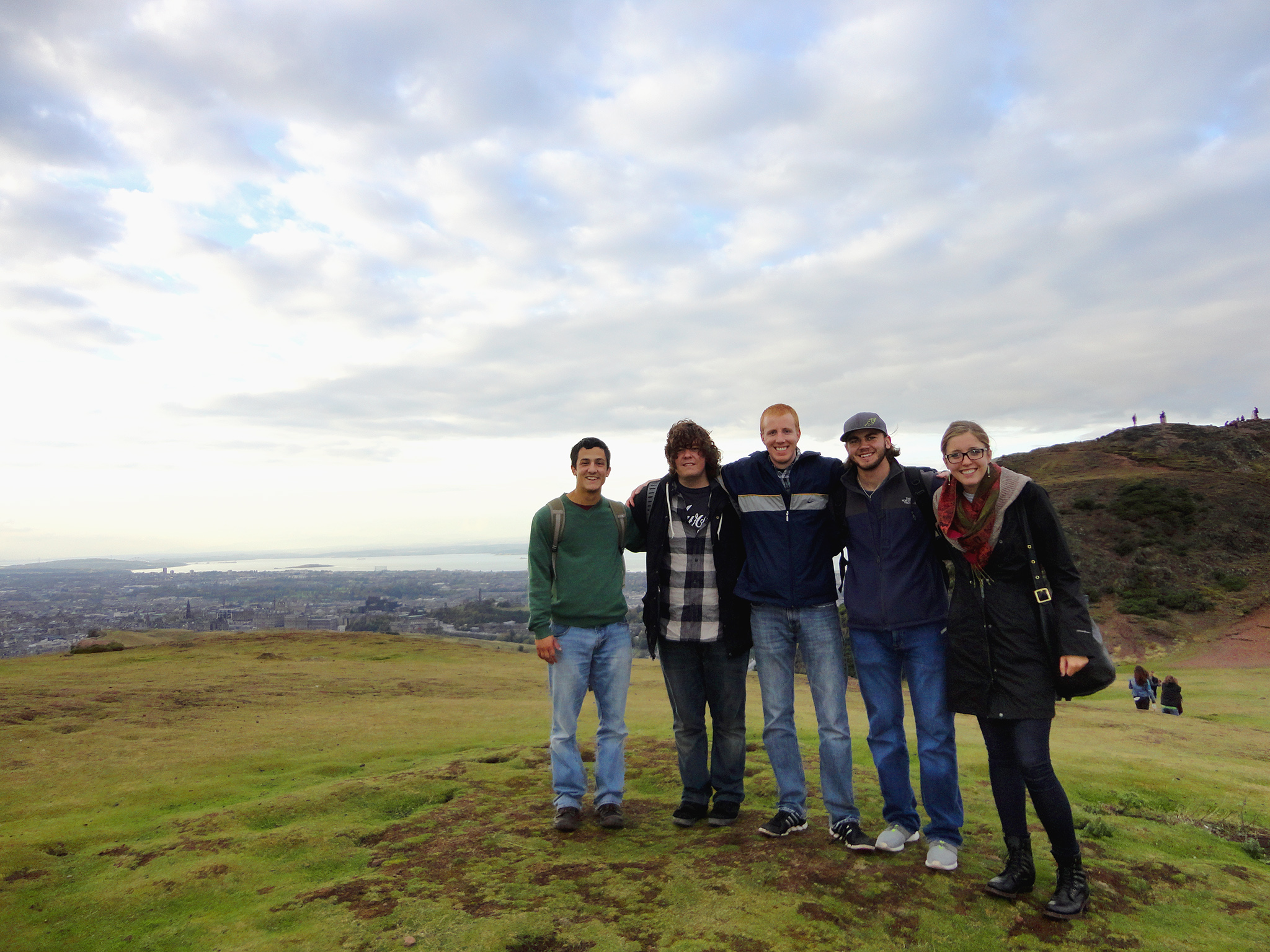 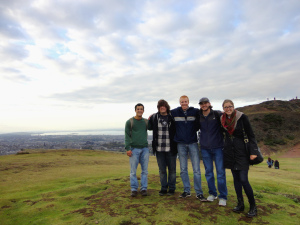 My arrival in Edinburgh, Scotland was not the smoothest by any means, but luckily, it wasn’t the defining factor of how my experience would go in northern UK. I had taken an overnight bus up to Edinburgh with a group of fellow Lawrentians studying at the London Centre to experience a weekend immersed in Scottish culture.

A week before leaving for Edinburgh, the theatre class in London attended a production of James III—a historic play about the king of Scotland during the late 15th century. A day after the production, a large group of students, myself included, attended a Scottish ceilidh, an event where folk music is played and traditional dances are performed. The celilidh had the atmosphere of a wedding: singing, drinking, dancing and laughter. Needless to say, I was extremely excited to experience the culture of Scotland firsthand after getting a small taste in London.

Immediately after arriving at the Edinburgh coach station at 7 a.m., I set out to find my living accommodations.   I had a reservation at a hostel right next to Edinburgh castle, which I figured would be easy enough to find in a modern city, and it was! The castle sits on top of a hill that the rest of the city is built around. The streets and buildings sprawl down the hill and out onto the surrounding areas, so all one has to do is keep travelling uphill and eventually, they will reach the castle.

After locating my hostel and checking in my bags, I did what my first step in discovering any new city is—get lost in it. I started walking towards different sites that interested me. I took turns down back alleys and walked in random directions until I had no clue where I was. I had reached the outskirts of the city and was just about to pull out the map I received at the hostel to begin navigating my way back to the castle when I spotted a path through some thick brush.

My curiosity got the better of me and I followed the path through a thicket until I came out to a small, raised platform. I climbed the steps to the top of the platform and saw what would become my favorite piece of Edinburgh—Arthur’s Seat.

Arthur’s Seat is the top peak of a series of hills just outside Edinburgh, practically in the city itself.   I took one look at the peak and told myself, “I am going to climb that.”

After a walking tour of Edinburgh, I enjoyed a traditional Scottish dish called Haggis—a creamy, meatloaf-tasting entrée made out of various sheep organs—at a pub for lunch.

It wasn’t until later on in the day that I finally got to climb up Arthur’s Seat. I ventured out mid-afternoon with a small group of Lawrentians to begin the climb up the 251 meter peak.

We started our trek up the walking trail that wound its way through the hills and towards the tallest peak. Along the way, there were several picturesque views of Scotland and the highlands, which were lovely to look at during the climb, but the entire time I was fixated on reaching the top. It was as if all my problems had manifested themselves into this one peak and if I could reach the top, I would have conquered them all. So I kept pushing up the hillside until the tallest peak was in sight.

We ended up stopping on a large ledge just below the peak to catch our breath before moving on. Two fellow students had brought a baseball and their gloves, and they began to play catch on this ledge. Upon losing the ball, we all continued hiking up the peak side until eventually, we were at the highest point.

250.5 meters above sea level, Edinburgh looked majestic. Far off in one direction, the famous Scotland Highlands could be seen and in the other direction, the North Sea. It was a beautiful moment in the company of friends, amazing views and the conquering of peak. It was at this moment that my love for climbing mountains was born.

By Zachary Martin My arrival in Edinburgh, Scotland was not the smoothest by any means, but luckily, it wasn’t the defining factor of how my experience would go in northern UK. I had taken an overnight bus up to Edinburgh with a group of fellow Lawrentians studying at the London Centre to experience a weekend…