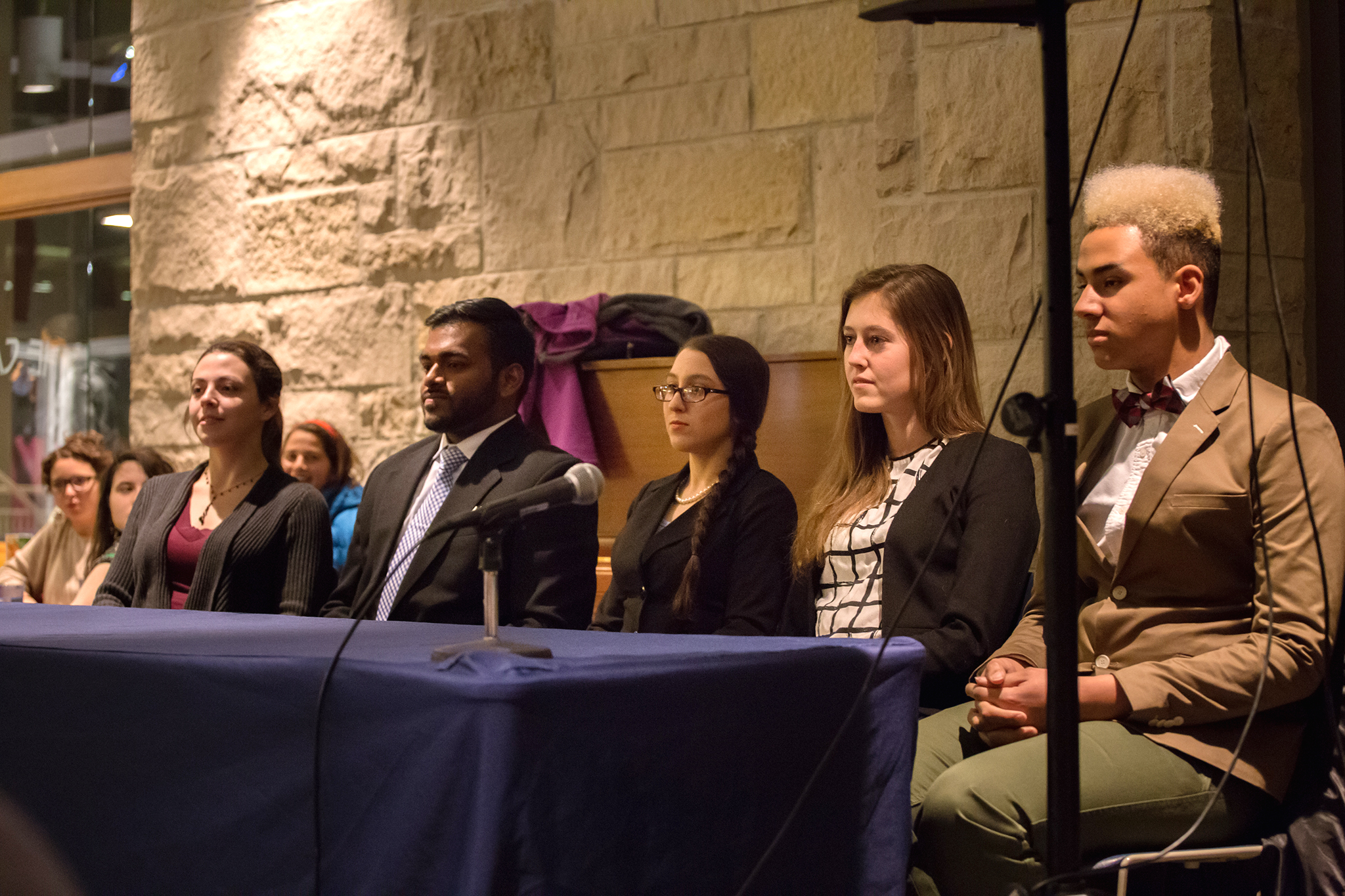 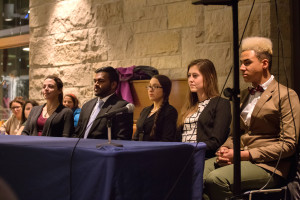 Each candidate was given two minutes for an opening address, starting with the presidential candidates.

Stabile said she wants to work for “more efficiency in the work we do” as well as having “all efforts done with a greater force behind them.” One of the major focuses of her platform is “community building” between LUCC and groups on campus.

In his opening statement, Varughese said that “LUCC is a voice in Lawrence.” He also wants to unite groups on campus and work to improve “transparency within LUCC,” he said.

Craven said that the vice president’s role is to “support the president and attempt to strengthen the community.” “Lawrence could be an even more open-minded and collaborative community,” she said.

“I think I’m the only one on stage who hasn’t been a part of LUCC,” Heiring said at the start of her opening statement. She said she wants to see “LUCC being a community space … rather than being a governing body.”

Lunn-Craft’s opening statement included him saying he “would be a good partner to the president.” He wants to “help LUCC bridge the gaps together” between different organizations on campus.

Throughout the debate, candidates answered various questions, ranging from how they chose presidential slogans to more personal questions, such as Elena being a fifth-year next year and Wesley spending Fall Term abroad in Spain.

Every candidate was asked what they would do to support marginalized students through LUCC.

“I’m going to challenge you to speak up,” Lunn-Craft said, “I want to be one of the voices.”’

Heiring said “the structure of LUCC should represent the student body.”

Craven said LUCC’s role is “doing more about engagement and discussion of diversity” and that to do so, “there could be more of a voice for it in cabinet meetings.”

“LUCC is a very safe and open place,” Varughese said, “the student body needs to take initiative and come to us.”

Sabile said “It is the initiative of the leaders to lead by example and go out into the community we represent.”

The Vice President is in charge of the finance committee so the candidates were asked how to approach funding the influx of new clubs.

Craven said one way to get clubs to “do more with less money is to encourage groups to cooperate.”

“Generally, your attendance will increase as you collaborate with more groups,” Heiring said.