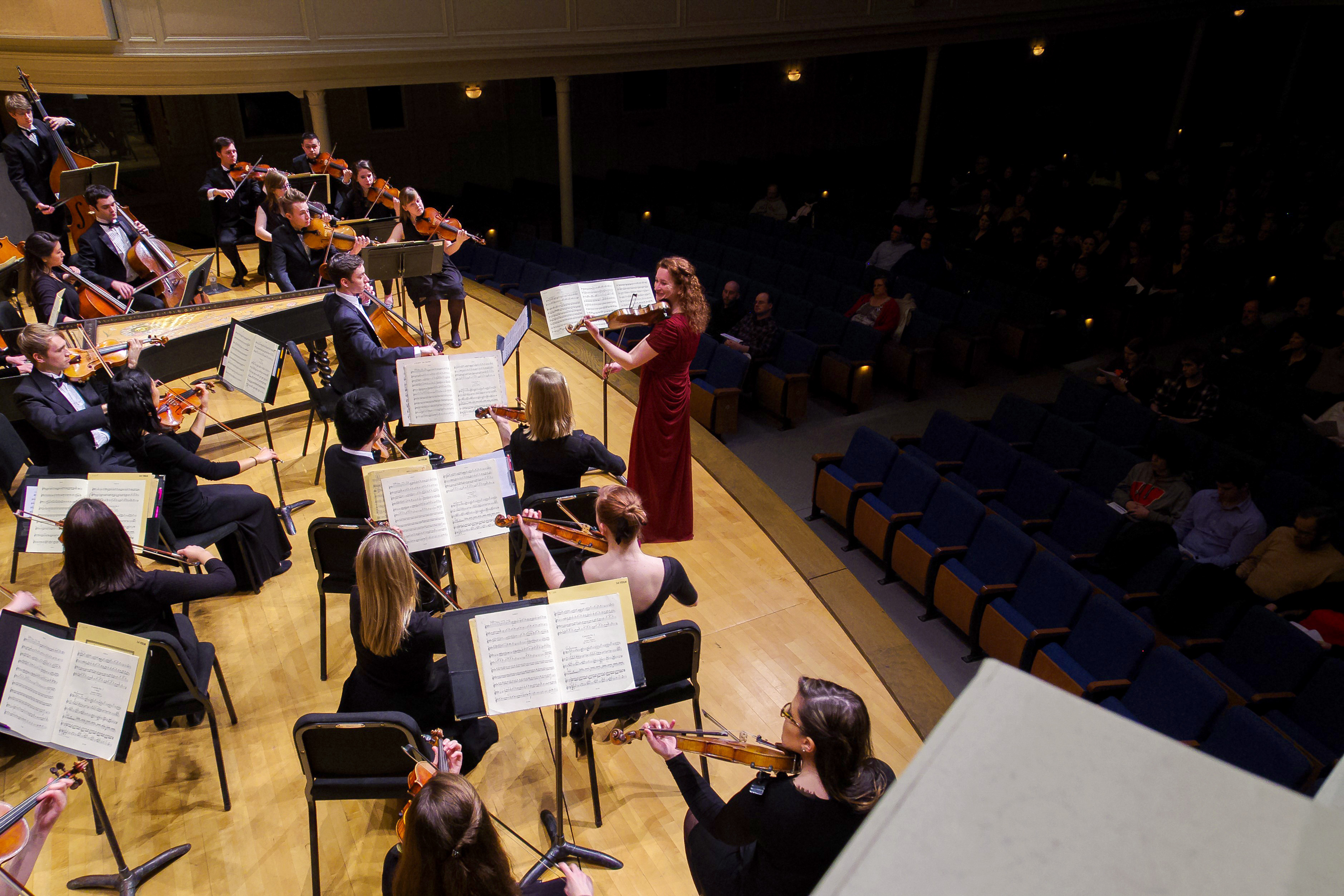 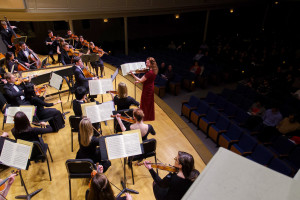 On Saturday, Jan. 31, the Lawrence Symphony Orchestra played its first concert of 2015 in the Lawrence Memorial Chapel. With solos from two Conservatory faculty members, this concert promised not only the polished work of the orchestra, but also the exceptional opportunity to enjoy beautiful performances from our own professors.

The theme of the concert was “Seasons,” which seemed a little too pertinent on that particularly frigid evening. The opening works of the concert were “Summer” and “Winter” from Antonio Vivaldi’s The Four Seasons. Dr. Samantha George, Associate Professor of Violin at Lawrence University, both directed and played solos in each of these seasons. She was accompanied by Professor Kathrine Handford on harpsichord and Organ, as well sophomore cellist Adam Korber.

Dr. George’s command of both the ensemble and the audience was incredible. Her energy and precision captivated listeners. The drama of this concerto—calling to mind very distinct storms—was interpreted in Dr. George’s inimitably spirited way. It was clear that Dr. George deeply connects to these works’ intricacies. Her performance was exhilarating, and it was doubly rewarding to watch her vigor echoed and underscored by the orchestra.

Under the direction of Associate Professor of Music and Director of Bands Andrew Mast, the orchestra then played Karel Husa’s Concerto for Trumpet with Professor John Daniel on solo trumpet. In a word, I would describe the concerto as bombastic; the power of the work emerged even in the subtlest musical shifts. Professor Daniel performed with an intriguing mix of assertive drive and dynamic sensitivity. He, too, brought great energy to the chapel stage.

The final piece of the evening was Vincent Persichetti’s Fourth Symphony, op. 51. In his introduction to the piece, Dr. Mast explained that Persichetti characterized his work as existing within the polarities of being “graceful” and “gritty.” After hearing this bit of background information, it was easier for me as a listener to identify these opposing elements within the work, which the orchestra played finely.

After the concert, I asked fifth-year violist Dana DeBofsky about what it was like to play a concert complete with not one, but two professorial performances. She said, “It was inspiring to see the educators that work with us on a regular basis in the roles of soloists.”

“The Husa trumpet concerto and the Vivaldi movements are unique, they really differ from one another stylistically, but these pieces require strong leadership and both Professor George and Professor Daniel are confident leaders,” DeBofsky added.

I attended Saturday’s concert with Jonathan Stombres, a 2014 Lawrence alumnus who was recently appointed as an elementary and middle school music teacher in the Fox Valley area. After asking him about his impressions of the concert, he responded with the following compliment: “Dr. George is flawless, and her leadership on the Vivaldi was exciting to experience.”

Stombres added, “Despite the added ornamentation from the 8-year old with a bag of chips in the balcony, the Lawrence Symphony Orchestra showed great attention to detail and artistic choices throughout the entire concert.”

The next Lawrence Symphony Orchestra concert is scheduled for Saturday, Feb. 28 at 8 p.m., also in the Lawrence Memorial Chapel. This concert will feature Maurice Ravel’s Le Tombeau de Couperin and Ludwig van Beethoven’s Symphony No. 5.

By Anastasia Skliarova On Saturday, Jan. 31, the Lawrence Symphony Orchestra played its first concert of 2015 in the Lawrence Memorial Chapel. With solos from two Conservatory faculty members, this concert promised not only the polished work of the orchestra, but also the exceptional opportunity to enjoy beautiful performances from our own professors. The theme…