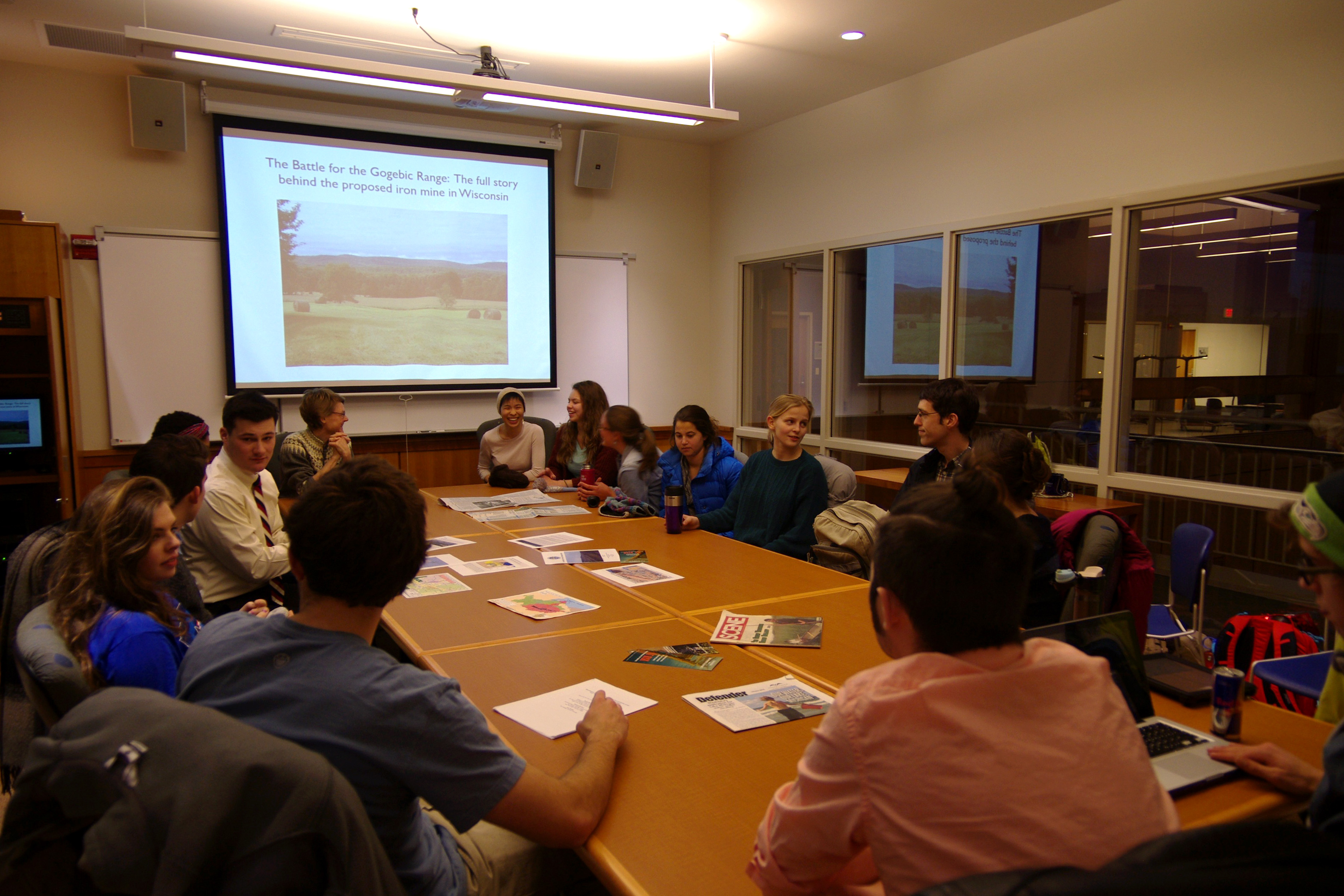 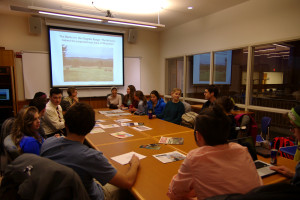 On Thursday, Feb. 5, Walter Schober Professor of Environmental Studies and Professor of Geology Marcia Bjørnerud gave a small lecture on the current events in the Gogebic Range at a Greenfire meeting in order to raise awareness of what’s happening.

However, GTac’s fervor has died down in recent weeks, as they have not turned in the paperwork. Bjørnerud explained, “In the spring if there is still is no activity, I think that will be an indicator that they really are not serious about pursuing this anymore.”

The Gogebic Range lies in Iron County on the northwest tip of Wisconsin.

“The Gogebic Range is one of the few dramatic ranges of hills that we have, and it’s a surprisingly pristine area,” said Bjørnerud. “It feels very different than the rest of Wisconsin.”

There are many possible consequences that could come with mining in Iron County, like sulfuric acid, phosphorus and heavy metals being introduced into the ground water and water table, as well as a radical change in life.

“[The Gogebic Range] economy these days is mainly tourism, so many of the local people are concerned about the effect on the tourist economy,” Bjørnerud explained.

The mine in the Gogebic Range could be stopped before it even got built, either by the DNR denying approval or a federal lawsuit.

“If the DNR approved [the permit], then there could be lawsuits that could potentially stop the legislation, because some of the state law is so over-reaching, it violates federal law,” said Bjørnerud.

To get more information, there are many resources on the issue, including the Wisconsin DNR website, the Bad River Band of Lake Superior Chippewa website, the Penokee Hills Education project and the mining section in the Great Lakes Indian Fish and Wildlife Commission. Blogger Richard Thiede has been writing about the Gogebic Range mining for several years.

“Based on the comments from GTac in the last two weeks, I do think they are having to acknowledge that this not a practical project,” said Bjørnerud. “I am hopeful that GTac is not going to build this mine, but it doesn’t mean we’re safe because we’re stuck with this really terrible law.”

By Rachel Taber On Thursday, Feb. 5, Walter Schober Professor of Environmental Studies and Professor of Geology Marcia Bjørnerud gave a small lecture on the current events in the Gogebic Range at a Greenfire meeting in order to raise awareness of what’s happening. Since 2010, mining company Gogebic Taconite (GTac), run by Chris Cline, has…