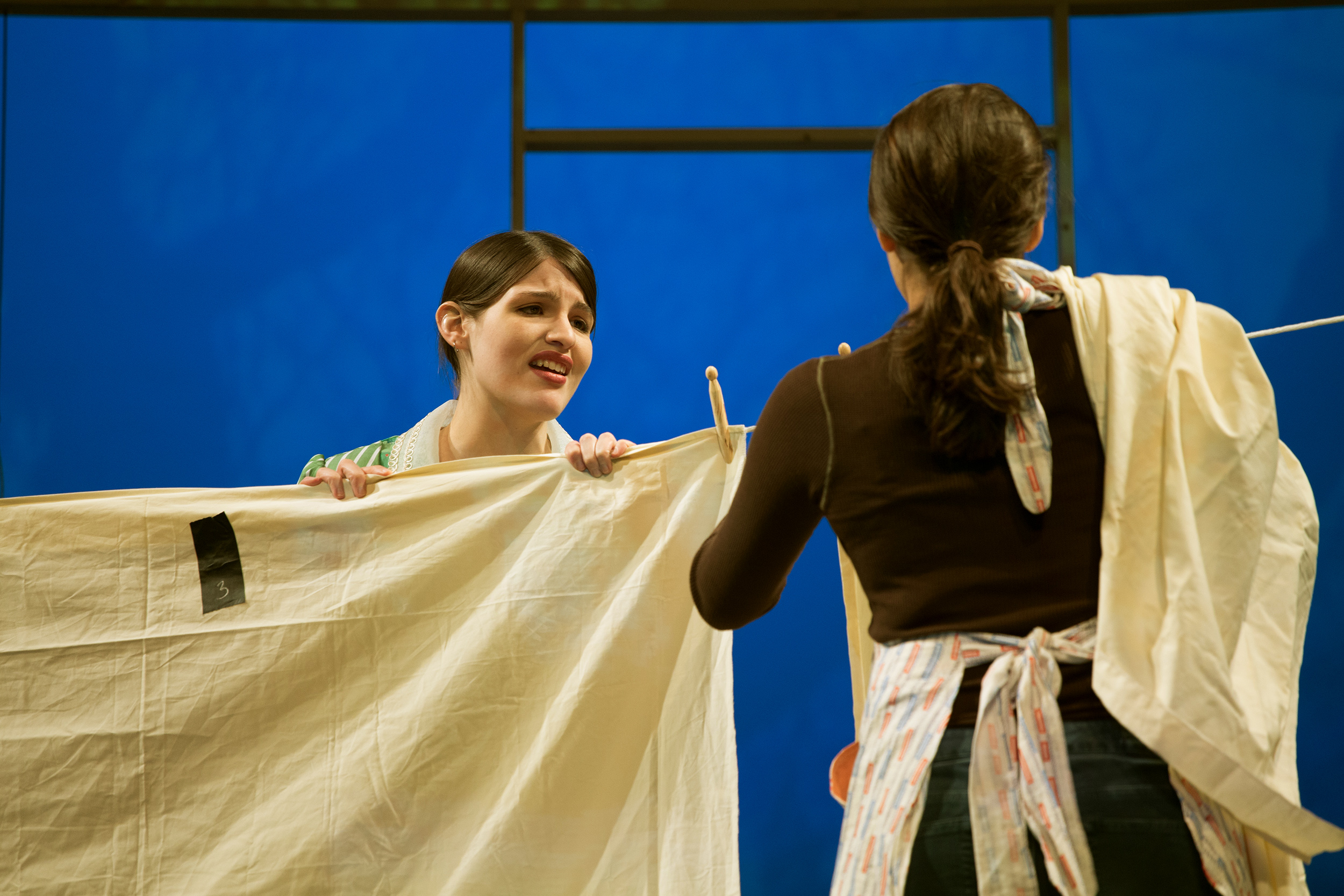 This weekend, Feb. 18-21, the Conservatory will be hold its annual opera performances in Stansbury Theater. This year’s production, “The Tender Land,” is headed by Lawrence’s new director of opera studies and associate professor of music, Copeland Woodruff. Woodruff, who has had extensive experience in directing various operas, recently directed a production of “The Tender Land” at The Juilliard School, where he was a visiting faculty member.

Moving the opera from the stage at Juilliard to the stage at Lawrence has seen some major differences, most notably the creative choices Woodruff has made.

“They’re doing a beautiful job,” he said. “The chorus is really excited, because we’re forming this community that then strangers are coming into—so I had them elect a mayor, decide their families, what their role is. It’s not just a chorus, and they’re not just townspeople. They have decisions made, secrets between them—it’s a vibrant, specific community.”

In addition to forming a community between the cast members, one of Woodruff’s goals was to “spark dialogue between Lawrence and Appleton.” To do this, Woodruff said he invited different communities from Lawrence and from Appleton to set up tables for inclusive events. There will also be a talk-back after the show to engage the audience in a discussion revolving around the questions “how do we treat strangers, and how do we treat disenfranchised or marginalized members of the community?”

As an audience, this kind of an experience also reminds us of our role in theatre as a whole. “I often call the audience ‘the forgotten member of our ensemble,’” Woodruff said. “When we laugh, when we applaud, it affects what’s going on stage, and it affects what’s going on in the pit. It’s a different experience than sitting and watching a movie.”

Opera as an art form even has an ability to evoke this engaging experience in ways that other forms of theatre cannot. “It’s a much more interactive medium than a musical, where the pit is more of an accompaniment,” Woodruff said. “Sometimes the actors respond to the music that is given them, and at other times I’m telling them, ‘You cause the music to change.’ It’s this dialogue between them, and a dialogue with the audience as well.”

The dialogue that is created between the actors and the orchestra is even more impressive due to the difficulty of opera music. “The vocalism that they’re asked to do is much more difficult than a musical,” Woodruff said. “They’re having to deal with their vocal technique, their acting technique, their communication with the audience—it’s juggling a lot of things at once.”

Seeing the cast accomplish this has been rewarding for Woodruff throughout the creative process. “It’s beautiful to see young people do this opera, because it was written with young people in mind,” he said, noting that the vocal parts and orchestration were written by Aaron Copland for college students. “It’s also wonderful to see students chew on a piece of history … it’s a big piece of Americana.”

All in all, Woodruff is excited for the inclusive opportunities this show presents—no pun intended. “Come with an open mind,” he said. “If you don’t come to opera, don’t worry about it being an elitist art form. It’s not. It was made for the common man.”