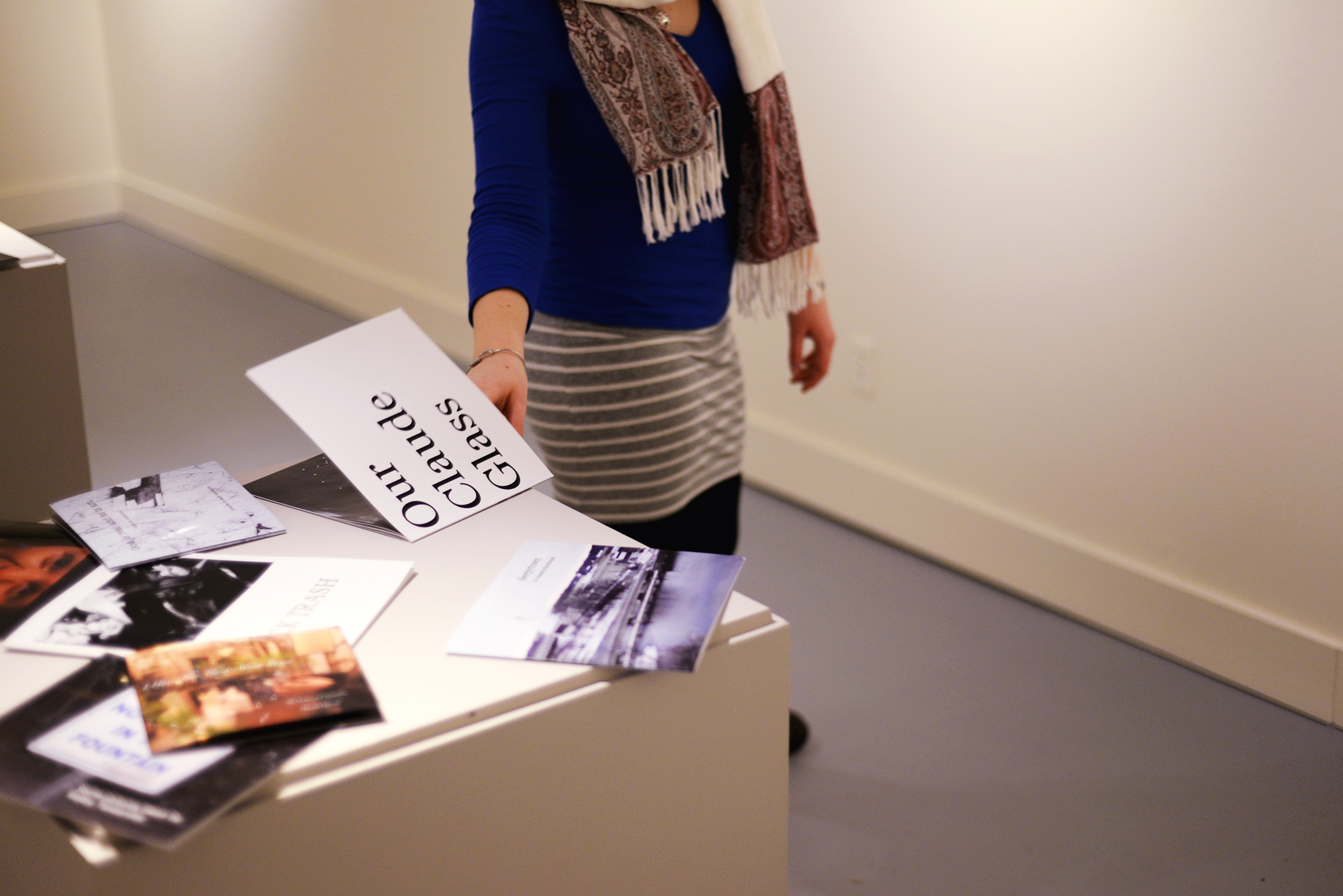 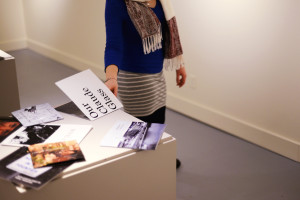 The Mudd Gallery’s new exhibit “Something is Happening” which opened last Thursday Feb. 19th, is student made and curated. This is not a gallery that will hold your hand or want you to like it. In fact, it rather wants to unsettle you.

So what exactly are the pictures of? To be honest, what it says in the title. In every single one of the photos on display and in the contributor’s photo-books, there is something happening. What makes it clever, however, is how much the definition of “happening” is stretched.

A picture of a sign, for instance, seems static, until you notice movement going on in the background behind it, or that the sign is lit up instead of turned off. A picture of someone in the photo-books standing still is still something “happening” so to speak.

Even if there isn’t something “happening” in the pictures, the artists still manage to make action present. One of sophomore Ridley Tankersley’s pictures, was nothing but a beer bottle packed in some snow. Not even “being packed in snow” was considered something that was happening, but cleverly, he tilted the frame at such an angle you would be tricked into thinking that liquid would be sloshing around inside the bottle, about to spill over.

Other pictures get even more tricky. One particular photo, for instance, showed a shot of the Lawrence University Chapel in the background, electrical wires crisscrossing in front of it. The action is even more implied now, putting something invisible—the very flow of electricity itself—as what’s happening. What we think should be the foreground is instead only a distraction to what is really “happening,” forcing us to examine what we perceive as relevant.

If that sounds slightly unfair to suss out, the artists agree with you. I mentioned before that this was a confrontational show, and it is in certain aspects.

One series of pictures had a small girl being shown. At first look she looks innocuous; however, when you walk a few steps over, you see her covered in what looks to be paint, and she is playing with a toy that looks like a devil—if it could be called a toy.

One of the photo-books had quotes from a variety of figures, and if there’s anything as confrontational as putting a quote from Bill Cosby on something these days in what could best be described as an respecting context, I’d like to see it.

At the same time, even though this show is enough to tick you off at times, it’s incredibly worth seeing precisely for that very reason. You can be annoyed by the concept, by the mocking tone of the introductory message which calls everybody sacks of garbage, by the sheer inscrutableness of some of the pictures, by the fact that you can’t tell if some of the captions should be taken seriously or not. But how many shows can stir you up like this? How many of them make you feel and force you to consider, even if you don’t like the conclusion?

No matter what, this show will get to you. Something is happening to you when you go through, even if you don’t think so, which is exactly why you should attend. Being confronted and uncomfortable is one of the best parts of art, and it would be foolish to refuse.

The Mudd Gallery’s new exhibit “Something is Happening” which opened last Thursday Feb. 19th, is student made and curated. This is not a gallery that will hold your hand or want you to like it. In fact, it rather wants to unsettle you. So what exactly are the pictures of? To be honest, what it…