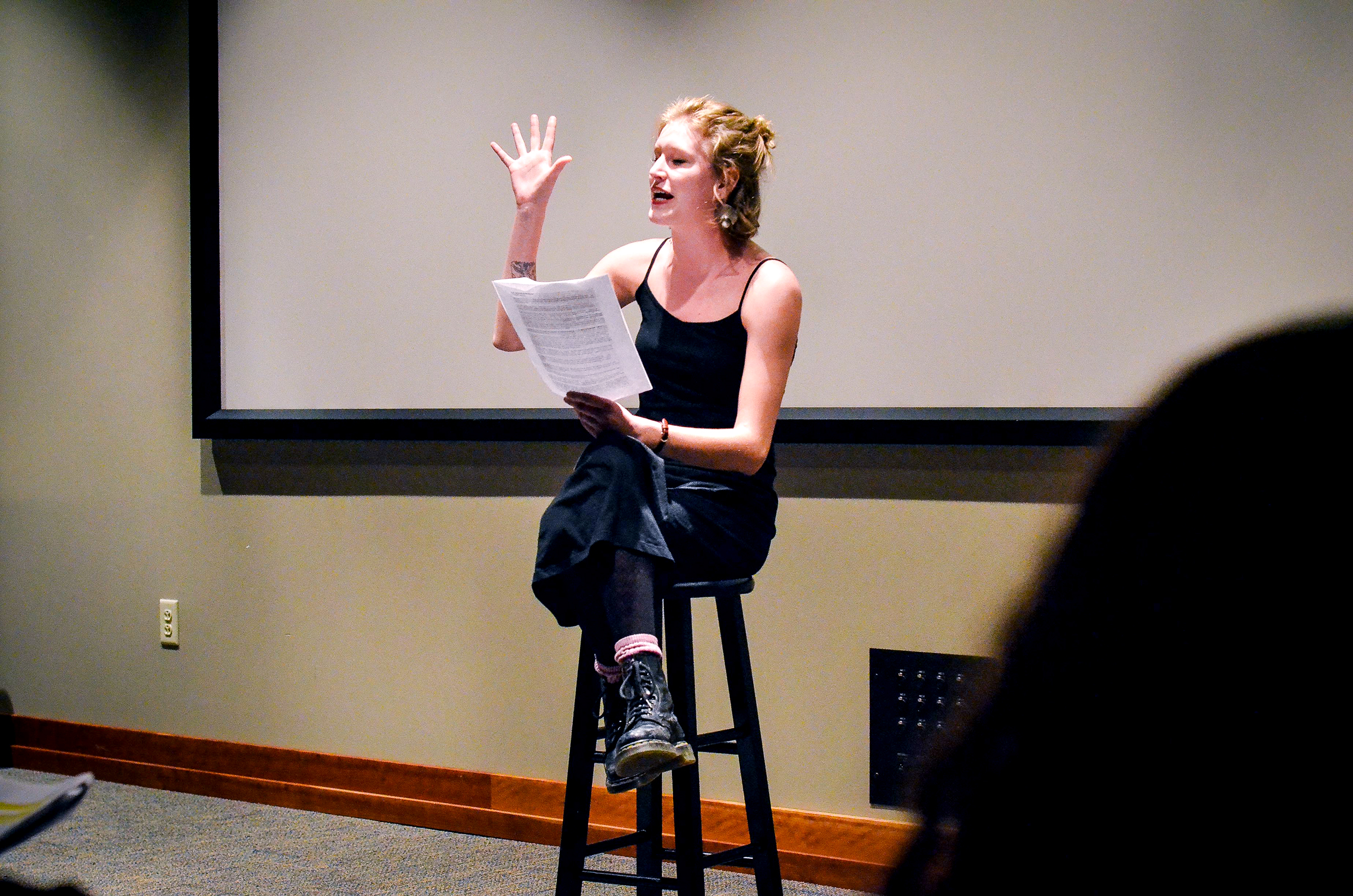 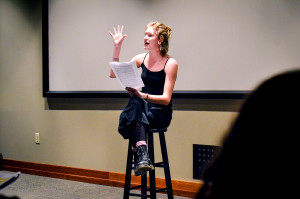 On Friday Feb. 20, women of the Downer Feminist Council (DFC) stunned with their readings of Eve Ensler’s “The Vagina Monologues.”

The night began with a general trigger warning and introduction by DFC President sophomore Allison Wray. Never having heard or read these monologues myself, I was a bit cautious to stay. But I am glad I did.

The first piece was “Worried?” Wray, junior Shannon Grant and sophomore Torrey Smith set the stage for the night. The monologues are interviews Ensler had conducted with women who, as she found, secretly love to talk about their vaginas, but this is a taboo in our society. Due to these stigmas, every woman goes around saying, “We are worried about our vaginas.”

Sophomore Hannah Ganzel read “Hair.” “If you love vaginas, you have to love hair.” This woman’s husband was not happy with her hair, although he loved her vagina. This even went so far as to jeopardize her marriage. In the end, the husband shaved his wife, so giddy in the act he failed to realized the demoralizing reality of the act, how truly vulnerable he had left his wife.

The next monologue, “Lists,” simply listed some questions Ensler would ask her subjects. If your vagina were a person, what would it wear? Everything from jeans to silk. What would it say? “Where’s Brian?”

The eldest woman interviewed, as freshman Delaney Olsen explained, was 72 and had never had an orgasm. The monologue was “The Flood,” the actress junior Micayla Hutton. The old woman referred to her vagina as “down there,” or a “cellar.” No one had gone “down there” ever. She had only had one vaguely sexual experience, in which a “flood” of passion ruined a boy’s car seat.

Junior Lee Greenslit and sophomore Casey Shearson read “The Vagina Workshop.” The woman portrayed went to a workshop where she was asked to draw her vagina, look at her vagina and find her clitoris. The events were life changing and awe-inspiring. The subject saw herself in a new, beautiful light. As a connection was felt, the words were said in unison, “My vagina, my vagina, me.”

Greenslit presented a “Happy Fact” about the clitoris. It is the only organ in the human body designed purposefully for pleasure, a bundle of nerves providing ecstasy.

Grant read, “Because He Liked to Look at It.” This woman hated her vagina, until she met Bob: plain, unsuspecting Bob. This man loved to look at vaginas, believing it is who a woman is. “I need to see you,” he repeated over and over until the woman herself felt beautiful, an appreciation for the taboo inspiring self-awareness and confidence.

“A Not-So-Happy Fact” concerning genital mutilation came next. Junior Abby LaBrant reported that 130 million girls and young women are violated in this way every year.

A truly entertaining spin, senior Anastasia Skliarova read “My Angry Vagina.” Social atrocities were addressed vehemently. Tampons are disgusting; douche sprays hide what a vagina should smell like—a vagina; exams are cold with their mean duck lips; thongs get stuck in the back of your crusty butt! Of course, every woman is just supposed to accept these things as a part of womanhood.

A darker presentation by junior Hannah Shryer made for a somber mood. “My Vagina Was My Village,” directly addressed one woman’s story of a wartime rape. Her vagina was a happy place, a rippling field … but not since the soldiers shoved a rifle up in her. Skin tore away. They left their dirty sperm inside her. She does not visit the once beautiful place anymore.

Freshman Augie Groeschel-Johnson presented “Another Happy Fact”: doctors in Sweden have successfully reconstructed a clitoris. Victims of genital mutilation have a chance to reclaim their identities.

Freshman Shelby Johnson read “Reclaiming Cunt,” in which the woman explained how she really liked this normally dirtily offensive word. She went through an anagram of empowering words and sounds, until we were all shouting “cunt!” together.

Ensler had also asked a six-year-old girl about her vagina, portrayed by sophomore Sarah Axtell while Skliarova asked questions. The girl described her vagina most notably as a “pretty dark peach, a diamond; somewhere deep inside it has a smart brain.” There is hope for change if the young believe in their vaginas as empowering.

Wray wrapped up the readings with, “I Was There in the Room,” the story of Eve Ensler witnessing her granddaughter’s birth. Her daughter’s vagina was a “sacred vessel…singing with all of its strength…a wide, red pulsing heart.” A sense of awe was conveyed. Vaginas are, in the truest meaning of the word, amazing.

The performers explained their reasons for performing. The audience was asked to participate with reasons they had attended. I wish I had stood up, if only to say, “Thank you.”

By Lizzy Weekes On Friday Feb. 20, women of the Downer Feminist Council (DFC) stunned with their readings of Eve Ensler’s “The Vagina Monologues.” The night began with a general trigger warning and introduction by DFC President sophomore Allison Wray. Never having heard or read these monologues myself, I was a bit cautious to stay.…