Athlete of the Week: Ethan Perushek 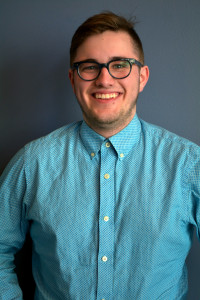 This week, I sat down with junior Ethan Perushek of the Lawrence University Men’s Tennis Team to talk about the upcoming season. Parushek was recently named the Midwest Conference Performer of the Week.

GC: How does it feel to be named the Midwest Conference Performer of the Week this early in the season?

EP: I guess I have high hopes for the rest of the season. I will say it must have been a slow week in the conference [laughs], other than that, the team is looking really good. We’re coming out of the gate strong; we’re 2-1, having lost the only one to a UW school. It bodes well for further play.

GC: What are you looking forward to accomplishing this season?

EP: Just improving. I think we made a decent run last year with the talent that we had, but we’ve all improved a lot—got some new blood. That’s looking to help us go that extra step, and I think we have a good chance to make a deeper impact in the conference than we did last year – hopefully along the lines of my freshman year when we took second place in conference.

GC: Are there any areas of your game you’re working on improving this year?

EP: My serve. That is a constant uphill battle. It is ever evolving, but it has been solid the last few weeks.

GC: How long have you been playing tennis?

EP: I first picked up a racket when I was about five or six. Along with a pair of skates, those were kind of the things our family was into. But hockey was always number one, so I constantly played tennis when I was little and through grade school and middle school, but never really focused on that. In middle school, I played on the B-team, but it was like once a week when I was doing hockey four times a week. But in 10th grade I decided to make the switch, and that’s when I really started playing tennis – focusing on lessons and hitting with a private coach.

GC: What has kept you focused and committed to playing tennis?

EP: It’s just a lot of fun, and it’s a competitive sport and there are a lot of mind games—and that can be hard sometimes especially when you’re on the court by yourself. But growing up watching the rivalry between Nadal and Federer was so cool and the level of tennis was so high, especially with Djokovic coming into the mix and Andy Murray at some points. It was just great tennis to watch. Now we have morning practices and we have to get up at five a.m., but I do that because I love the sport and the guys; and I couldn’t do that without them there.

GC: Are there any strengths or weaknesses you would like to see the team improve on this year?

EP: I think just resilience. Last year, we struggled getting down early in matches, especially when our doubles was letting us down, and that carried over mentally toward our singles, but I think this year first off we have a better doubles game,–our number one singles player David Jumes is phenomenal, his mental game is incredibly strong and he never lets anything faze him. We need to be more like that—like a rubber band.

GC: Would you rather play a game of singles against Roger Federer, or a game of doubles against the Bob and Mike Bryan twins?

EP: I would take singles against Federer—selfishly—so no one else could share in that experience. And the Bryan brothers would kick my butt so hard. At least in singles there’s the off chance of a rally, but in doubles its like there’s two shots with those guys before it’s over.