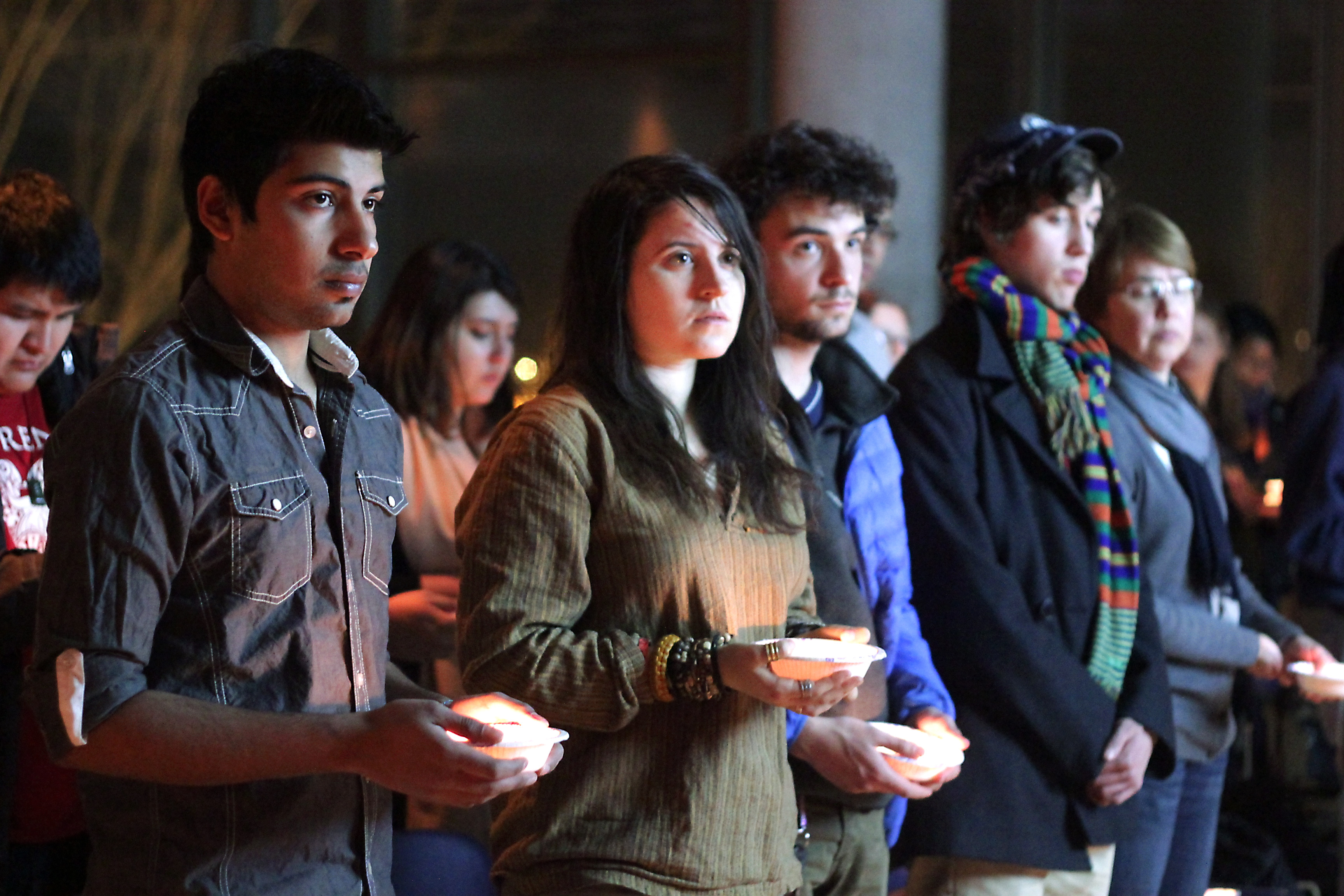 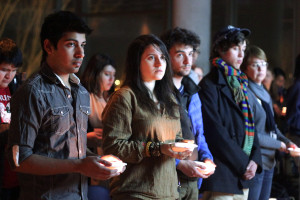 Feb. 22 was the first day of this year’s “All Is One” (AIO) sponsored People of Color Empowerment Week. The week began with Portland State University’s Assistant Professor of Research and author Joy DeGruy. Students, faculty and Appleton locals came to listen to DeGruy discuss a book that took her nine years to write, “Post Traumatic Slave Syndrome : America’s Legacy of Enduring Injury and Healing.”

DeGruy spoke about the history of people of color in the United States, particularly about slavery and the legacy of racism that has followed.

“We can’t just say that we had slavery for almost four hundred years, and then it was over so now we have a level playing field,” continued DeGruy, “We aren’t being honest with ourselves if we think that.”

DeGruy also expressed her frustration with the phenomenon of ‘Color Blindness.’

“I have had people say to me, ‘I didn’t even notice you were Black!’ People would rather erase me than acknowledge me,” said DeGury.

DeGruy continued to explain how slavery influences us today. DeGruy believes that the trauma of hundreds of years of slavery is still present in the behavior of black people in America, inherited from ancestors.

She believes that this discomfort stems from an inability to acknowledge the damage that has been done.

“DeGruy highlighted that we have to be comfortable talking about uncomfortable subject matter, “ began Moua.

She stresses this as a theme for empowerment week as a whole, hoping to reeducate Lawrence and the greater Fox Cities community and helping people conceptualize the idea of privilege.

“So what can we all do to create a safer space for everyone? I think her biggest point was we can’t move forward until we all move forward together,” said Moua, “We need to know our history, but also other people’s history. So we need to be conscious of that to make well informed decisions.”

Further events included “Darkmatter” on Feb. 23 and a candlelight vigil on Feb. 25.

A candlelight vigil was held in the Esch Hurvis room of the Warch Campus Center. The vigil’s organizers spoke about Trayvon Martin, who was shot and killed in Florida on Feb. 26, 2012. Approximately 25 students attended and held candles at the vigil. AIO encouraged students to participate in “National Hoodie Day” on Thursday, Feb. 26 in his memory. On Feb. 26 Rosa Clemente spoke on her experiences and held an interactive discussion. On Friday Feb. 27, Beta Psi Nu hosted a Body Positivity fair that aimed at maintaining good mental and physical health. Black Student Union put on a show called “Cultural Expressions” to celebrate Black Culture through a variety of media.

Feb. 22 was the first day of this year’s “All Is One” (AIO) sponsored People of Color Empowerment Week. The week began with Portland State University’s Assistant Professor of Research and author Joy DeGruy. Students, faculty and Appleton locals came to listen to DeGruy discuss a book that took her nine years to write, “Post…