SLUG Homegrown addresses food justice on and off campus 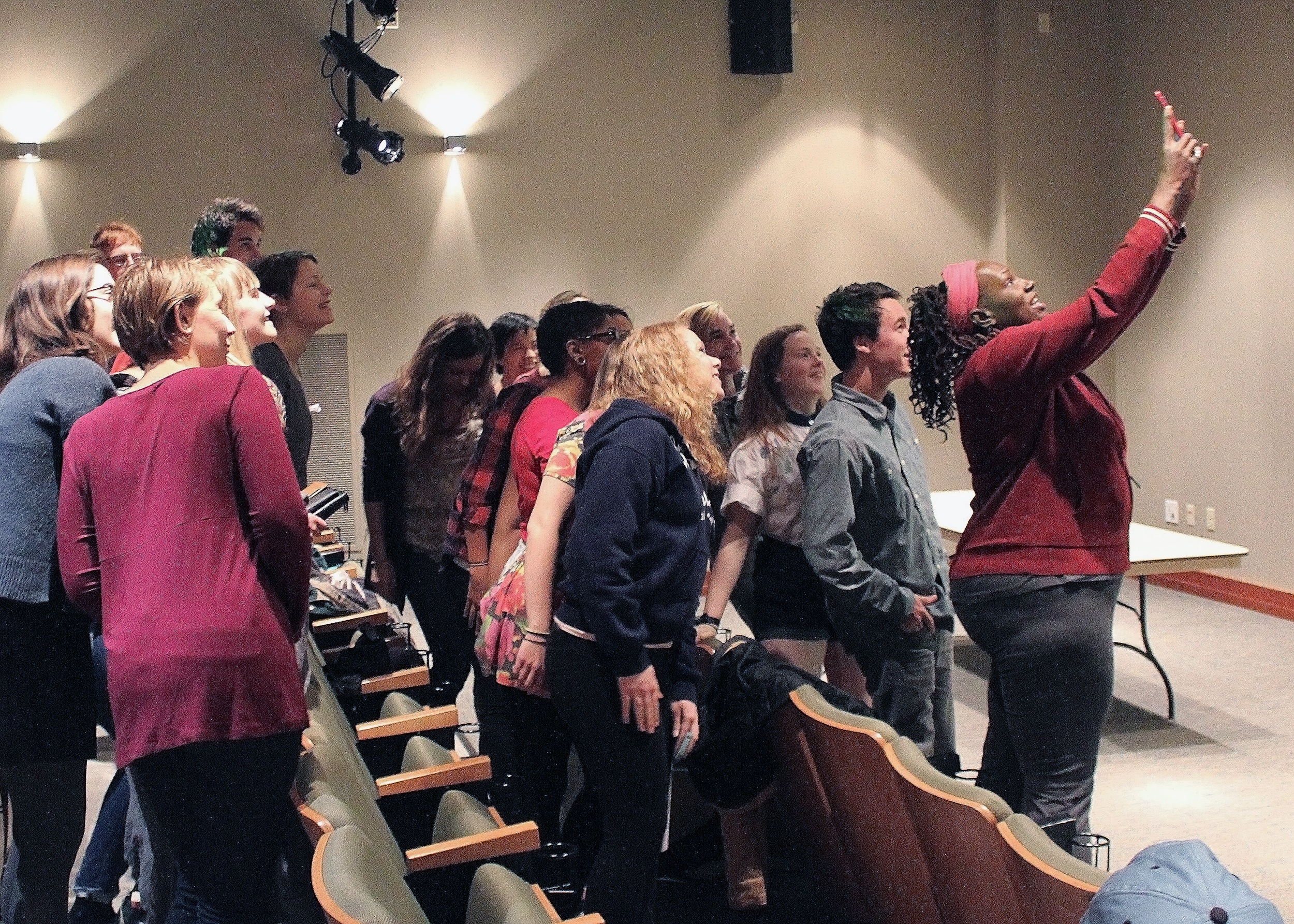 On Saturday, April 4, food justice activist LaDonna Redmond spoke in the Warch Campus Center cinema. Redmond explained how she began working with food when her son developed severe allergies as a child, and how it quickly became apparent to her how many people lack access to nutritious food.

“This talk is really about the word ‘sovereignty,’” began Redmond, describing her concept of “food sovereignty:” how the wealth of food in the United States is poorly distributed, resulting in a food desert or, as Redmond calls it, a “food mirage.” Redmond explained that she prefers this term over the more widely used “food desert” because “a desert is an ecosystem,” and that the food system in the United States is misrepresented by a balanced ecosystem like a desert.

Redmond went on to describe problems with food education and access to healthy food for people with low income, problems she has been working against during her career as a food justice activist.

“It would be easier … to ask somebody for a gun than it would be to ask for a tomato,” said Redmond, describing a community she lived in where her next door neighbor was suffering from a lack of access to food.

“[The food movement] simply didn’t address culture … and not to acknowledge it is to say it doesn’t exist,” she explained, citing Michael Pollan’s popular food rule, “Eat food, not too much, mostly plants,” as an example of a disjunction in food culture, because for lower-income people, the quality of food is less important than getting enough of it.

“We need to develop a shared vocabulary,” stated Redmond, before moving on to a history of food culture in the United States, including how early settlers would kill buffalo in order to keep Native Americans hungry, and how the Black Panther Party would offer free breakfasts or bags of groceries to encourage hungry people to participate in their events.

Overall, Redmond felt negatively about the history of food in the United States: “We’ve gone a long way but we have not found a fair, just or healthy food system.”

Later on Saturday evening, attendees met at SLUG house for dinner and a discussion of the event. Approximately 40 students, mostly from Lawrence, sat on chairs, couches and the floor of the SLUG living room with plates of homemade food.

Topics ranging from food politics in the US to what happens on campus were discussed, including how Lawrence can reach out to the Fox Valley community, and how to encourage other students and organizations at Lawrence to collaborate more effectively with SLUG.

The conversation continued over dessert at Greenfire House.

The following morning, the FRN, which began collecting food at Lawrence in 2014, presented their aims for helping fight hunger in the Fox Valley community.

The Lawrence FRN has recovered approximately 4,625 pounds of food since it started in May 2014, and distributes uneaten Bon Appétit food to Loaves and Fishes of the Fox Valley and COTS, two Appleton organizations that help feed people in need.

FRN goals at Lawrence for next year include expanding volunteer groups, expanding the amount of food recovered a week and working with organizations outside the Appleton area.

Junior and SLUG co-manager Abigail Hindson said that SLUG was “expecting a lot more students from other schools” to participate in the events; 16 of the 20 students from other campuses who initially signed up for Homegrown ended up cancelling. However, “the students who did come shared a lot of their knowledge about gardening,” said Hindson.

Hindson felt that the chronology of the weekend’s agenda was particularly effective. “The speaker [followed by] the topic discussion over dinner worked really well for the food [cooperative].”

Hindson concluded by expressing hope that “students from other gardens around the state” would be able to meet in the future and discuss their issues. “[University gardens] have a lot of the same issues, but we don’t talk about them together.”