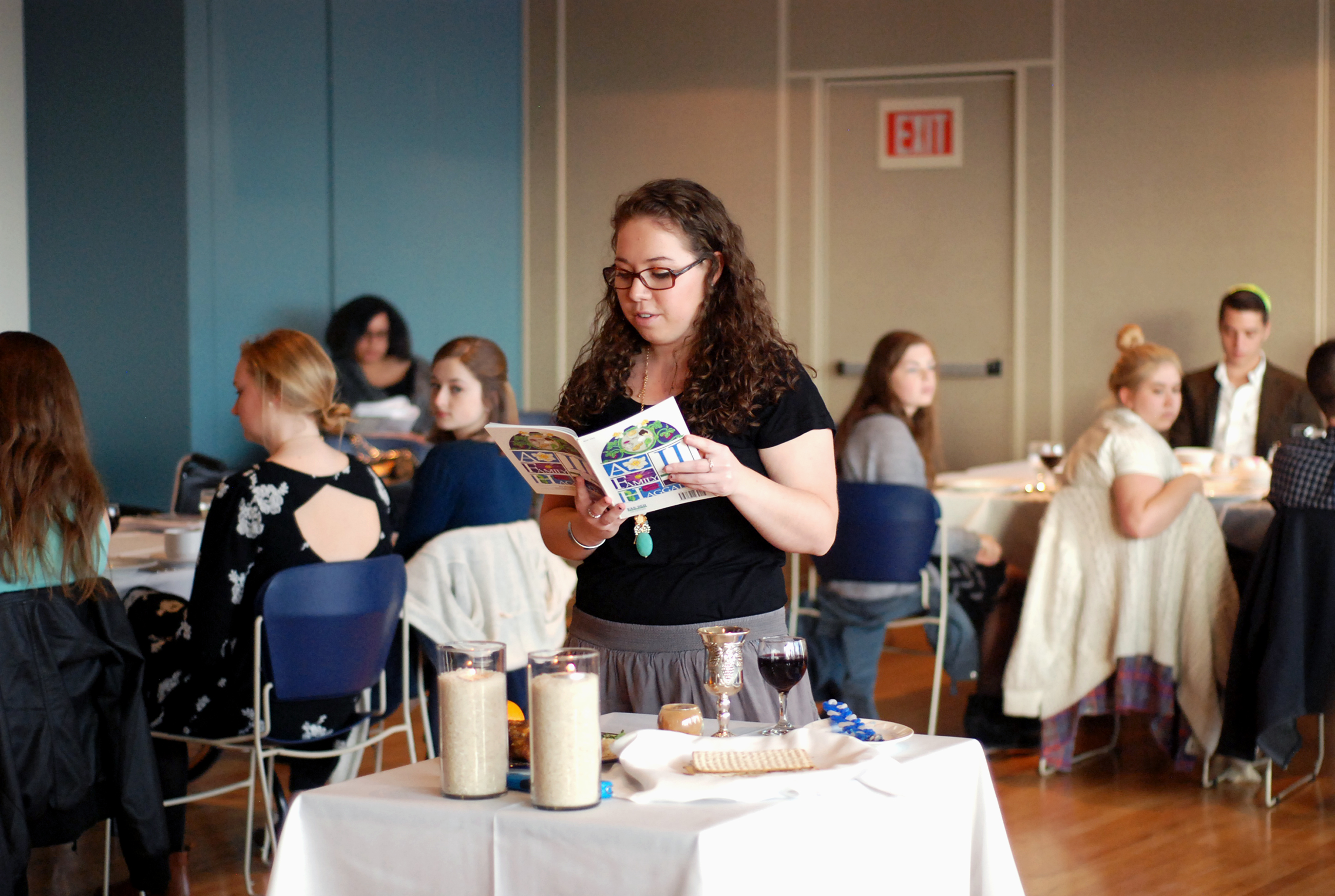 On Saturday, April 4, Lawrence’s chapter of Hillel, a Jewish campus organization, hosted a Passover Seder in the Warch Campus Center to celebrate the recent Jewish holiday.

“A Seder literally means ‘order,’” explained Goldman. “It incorporates the story of Passover with the traditional foods.”

According to Goldman, Passover Seder celebrates the story of Moses in the Hebrew Scriptures.

The meaning behind Passover Seder is multilayered: while it celebrates the freeing of Jewish slaves in Egypt, it also acknowledges the suffering of the Egyptians through the Ten Plagues and serves as a reminder that there are still enslaved people in the world.

Goldman and Lauer used readings from a text called the Haggadah, a Hebrew word meaning “the telling,” to conduct the service. The Haggadah outlined the order of prayers and songs recited throughout the evening.

In addition, the text explained the significance behind the foods on the Seder plate, which included traditional offerings such as roasted egg, parsley, horseradish, and chopped apples and nuts.

While the dinner was held to celebrate an important Jewish holiday, the event was open to both Jewish and non-Jewish students. Lauer and Goldman explained that it was important to keep the event open to everyone in order to encourage diversity and inclusion.

They emphasized this by lighting a braided candle at the start of the ceremony, symbolizing the coming together of people of different faiths and backgrounds.

Also included on the Seder plate was an orange, a less traditional addition. Lauer explained that a Jewish feminist scholar began adding the fruit to symbolize the inclusion and recognition of marginalized people, especially those of the LGBT community.

According to Lauer, Hillel has hosted a Passover Seder in the past, but Saturday’s event was the largest turnout they’ve had in recent years. Goldman added that the number of RSVPs received was greater than anticipated and they had to turn several people away due to space restrictions.

Overall, reactions were positive. Junior anthropology major Jaime Gonzalez said he really enjoyed the Seder. “It was nice that there was an educational component to it. It allowed people like myself who are unfamiliar with Jewish customs to understand the meaning behind the Seder in relation to Passover.”

Sophomore A.J. Williams said, “It was great that students at Lawrence want to teach and share the traditions of their families—I had a wonderful time filled with great conversation!”

Lauer and Goldman ultimately hoped to provide an educational opportunity for Lawrence students while creating a sense of community.

“Religious holidays are one of the bigger parts of Judaism,” said Lauer. “I feel like that’s something that all Jews can relate to—celebrating the holidays no matter what type of Judaism you sort of believe in.”

She added, “This [dinner] allows all Lawrence students, and faculty and administration, to have just a little sort of glimpse at what we do with our families and what we did growing up.”