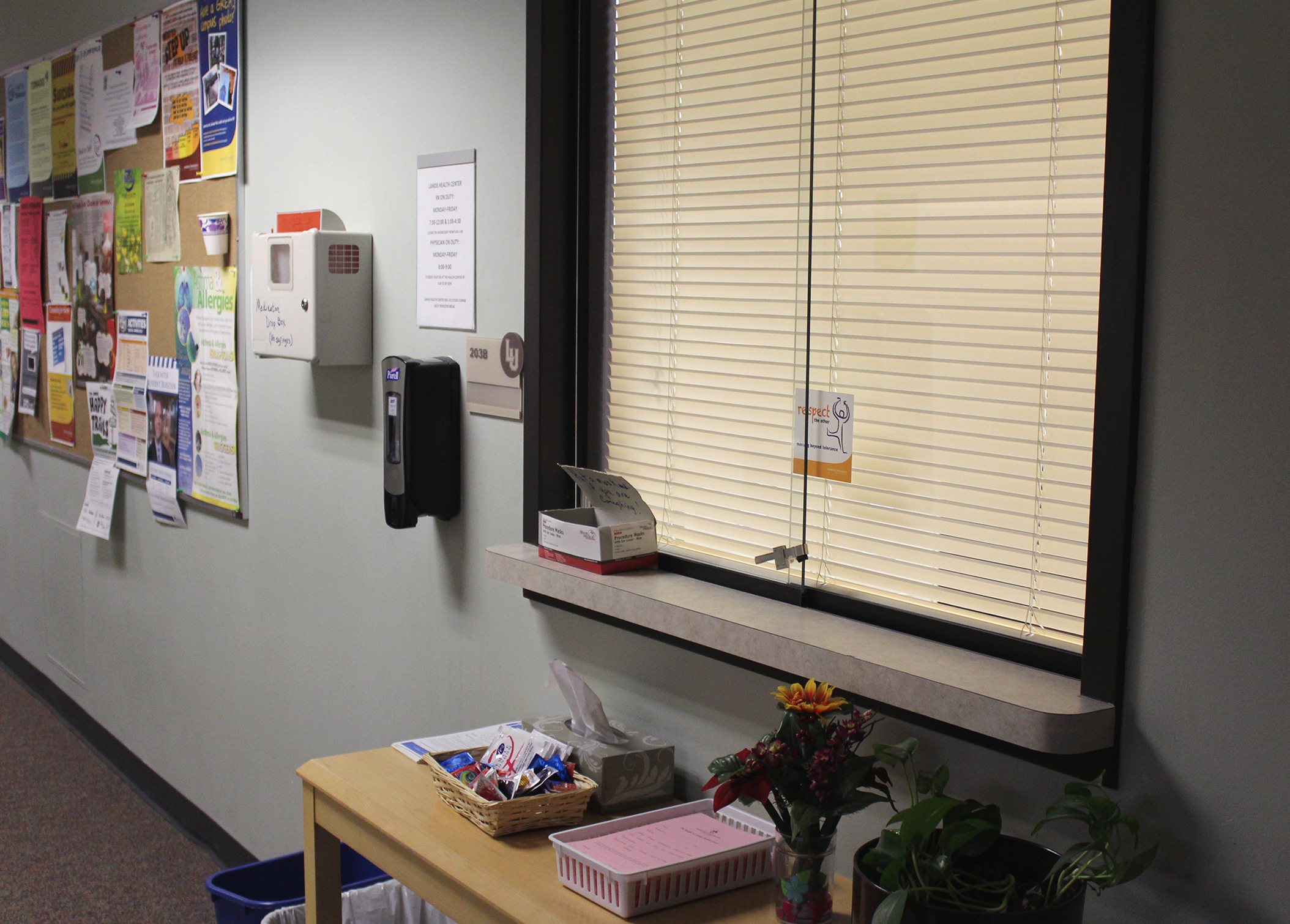 Winter Term marked the last term of Susan Muenster’s employment at Lawrence. Known around campus as Nurse Susie, Muenster worked as the school’s Director of Health for six years.

Lawrence maintains a strict confidentiality of personnel matters out of respect for employee privacy, so the details surrounding the change of staff remain classified.

While the university stresses the privacy of its employees, Lawrence students have been expressing their opinions on Nurse Susie’s employment change publicly on Facebook. Fans and critics of Muenster are a mixed bag on campus. This online venting has caused some students to sympathize with Muenster.

“I have had very few encounters with [Muenster], but they were all very pleasant,” begins sophomore Andres Capous. “I disagree with [the Facebook comments] because, although I respect the opinions of my peers, I also respect Nurse Susie as a human being. I don’t think she should be devalued like that.”

Other students said that this incident resembles cyber bullying in nature.

“Students need to be more aware and conscious of how they are using social media and how voicing their opinions can quickly turn into online bullying if names are mentioned that target an individual,” said junior Samantha Knott.

“I think that if this is a conversation that the student body wants to have, then there should be a different venue,” began Lawlor. “If we were kids using another kid’s name, that would be cyber-bullying. However, since we are adults talking about another adult, we are really defaming her professional name, which I am pretty sure has legal implications for both parties.”

Lawlor concluded by emphasizing that Muenster was in a tough situation.

“She didn’t have other nurses or physicians to consult with, so it is understandable that she made mistakes.”

Despite this, other students believe that the staff change is long overdue.

“She’s been here for a very long time and I feel that Lawrence has changed faster than she was able to,” began fifth-year Alec Slavin.

Slavin described his experiences with Muenster as largely damaging. One particular instance that came to Slavin’s mind was when he was waiting for a scheduled counseling interview. He was going through a tough time during the Fall Term of his junior year.

“Obviously, she did not want to harm me, but under the circumstances, it was really, really bad timing. I saw my counselor beckoning me in, and as I walk in, Nurse Susie steps in my way and basically puts her hand on my chest and pushes me away,” said Slavin. “Keep in mind that this is right before a session I really, really needed to have, so being physically touched and literally pushed away was pretty much the last thing I needed under those circumstances. I honestly don’t remember if she apologized.”

Slavin told Muenster what she did wrong, but he claims this only led to a more aggressive interaction.

Senior Sarah Tiano has also had negative experiences with Muenster. Tiano explained that she doesn’t believe Muenster is a malicious person, but one that was not fit for the position.

“There was a lack of professionalism in the office, and I did not feel comfortable seeking help and when I had to, I was never satisfied and was often made to feel bad for seeking help,” said Tiano. “I was often given salt to gargle as a solution for a various number of ailments throughout my time as Lawrence.”

Tiano said she is pleased with the change of staff.

”Since Nurse Susie left, I have had to seek help at the Health Center and have had only positive experiences,” concluded Tiano. “I feel strongly that Lawrence looks out for the welfare of its students and wants only to provide the best environment for us as students, and this is an example of that.”

Currently, there is nursing staff in place to make up for Muenster’s absence.

“I would like to assure all students that we have nursing staff in place for the remainder of the academic year in our continued efforts to meet student medical needs,” stated Associate Dean of Students for Health and Wellness Scott Radtke. “There should be no interruption in services that a student would receive from this office.”

Jill Drier is acting as an interim nurse while Lawrence recruits a permanent replacement. The hours of operation and physician coverage remain the same.

Winter Term marked the last term of Susan Muenster’s employment at Lawrence. Known around campus as Nurse Susie, Muenster worked as the school’s Director of Health for six years. Lawrence maintains a strict confidentiality of personnel matters out of respect for employee privacy, so the details surrounding the change of staff remain classified. While the…