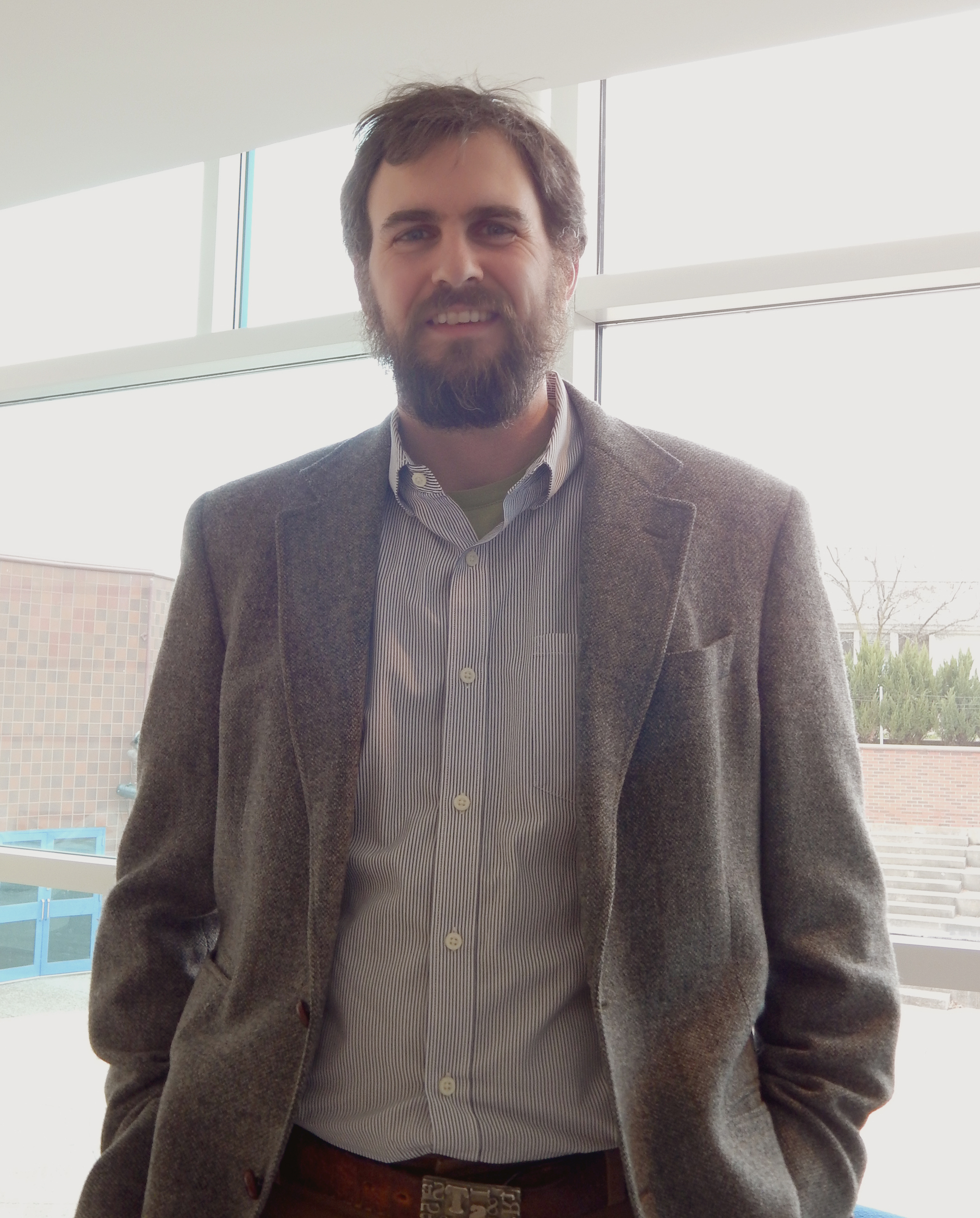 Benjamin Tilghman, Assistant Professor of Art History and a Lawrence alumnus, discussed returning to Lawrence to teach, the process of reappointment for professors and the museum studies program.

Tilghman graduated from Lawrence in 1999 with a bachelor’s degree in art history. He said that art history is “a good way to major in everything” because it draws from visual art, history, religion, anthropology and a variety of other areas of study. As a self-described “true believer of the liberal arts,” the opportunity to study a broad scope of academic interests appealed greatly to Tilghman.

In the fall of 2012, Tilghman returned to Lawrence as an assistant professor. “When I started my Ph.D., my advisor asked where I would like to work and I said ‘I can’t think of a better place to work than Lawrence’,” said Tilghman. He continued, “I never thought I would be pushing a stroller across the Main Hall green,” but that has become reality.

Currently, the process of reappointment has begun for Tilghman. In an assistant professor’s third year, they undergo review in which a board decides if the professor being reviewed will go on to be reviewed for tenure later. Reappointment requires professors to reflect on their scholarship, service to the community and teaching, a process that Tilghman found helpful and rewarding. “It is an opportunity to sit down and think about how I teach,” he said, explaining that he found strengths and weaknesses that he plans to improve in the future.

As an alumnus and professor, Tilghman has experienced both sides of Freshman Studies and commended its progress since 1995. “Freshman Studies should be as broad as possible,” he said and found that the current works were broader than in his time as a student. The addition of modern works like Alison Bechdel’s “Fun Home” and works from sciences like “The Characteristics of Physical Law” by Richard Feynman, in Tilghman’s opinion, make the class “closer to what Lawrence is.”

The museum studies program also works into the broad concept of liberal arts. Museum studies is “the investigation into the role of museums in society and also how museums operate,” Tilghman explained. He emphasized the importance of museums as places that “demonstrate the way we value things” and representations of social aspects.

Museum studies gives students the chance to more critically analyze and understand the connection between visual, historical and ideological elements in a display. “How works of art are presented…often times has ideological underpinning,” said Tilghman. He cited the placement of African and Native American art in natural history museums, rather than art museums, as an example of cultures not valuing such art as much as others.

The program involves not only art and art history, but also incorporates anthropology and other social sciences. “There are museums for every kind of topic and we do believe that students from any major will find a lot that they find interesting and helpful,” said Tilghman.

Students can get a hands-on opportunity to work on displays on campus in the Wriston Art Gallery, the anthropology collection or in the gallery in the Warch Campus Center. The program also has helped students get internships at museums across the country.