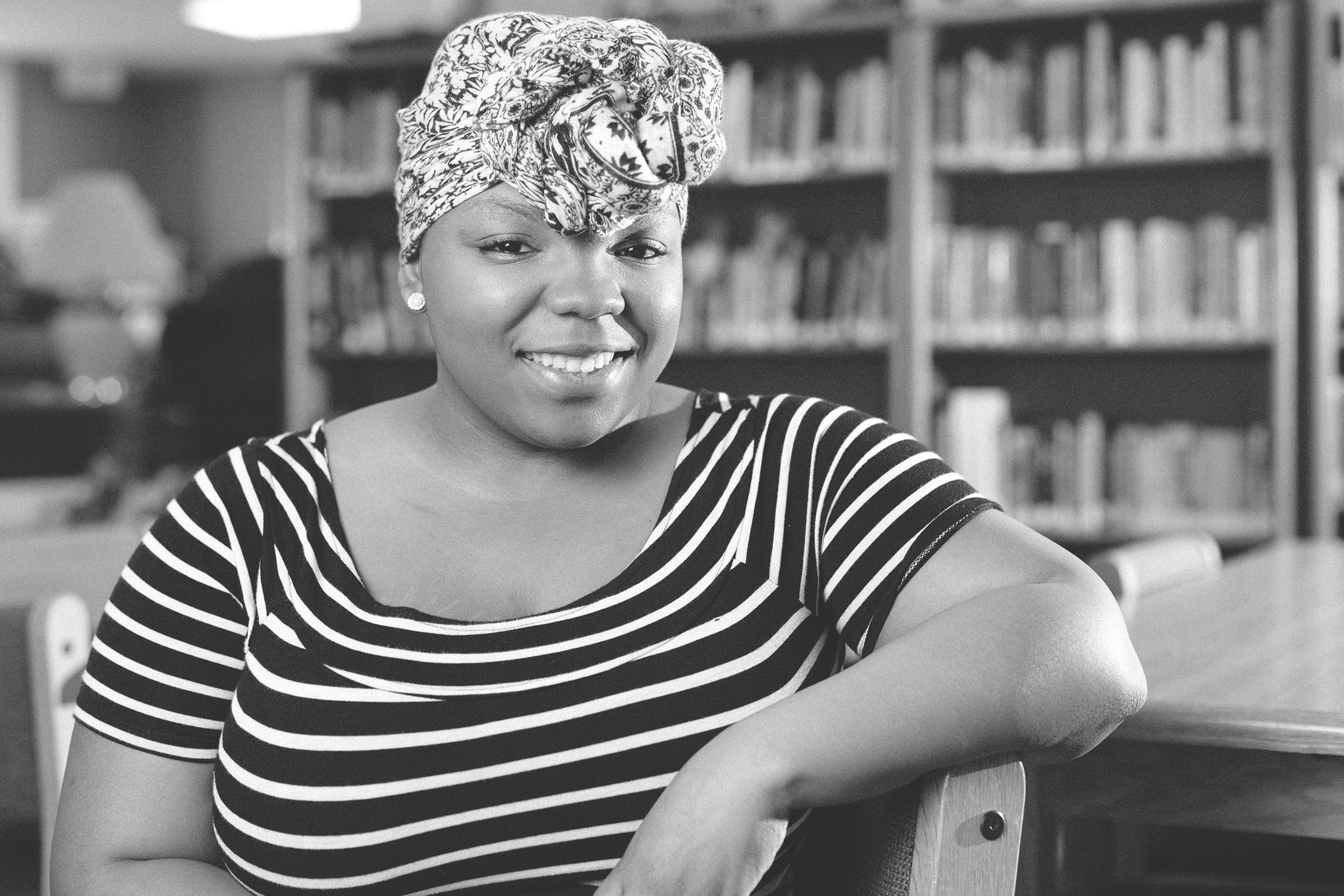 Inspire, connect, express. Such is the motto of Lawrence University’s Slam Poetry Club (SPC), a recently established organization aimed at providing an emotional outlet and safe space for students. Sophomore Tierra Masupha co-founded SPC last year. Her hard work in getting the club running will be demonstrated on Friday, May 8, at midnight in Esch Studio in the Warch Campus Center, where the Indie Artists Showcase will be held.

Masupha developed her creative side as a means to cope with certain issues she faced growing up. Her mother is a writer, and she inspired her daughter to practice the hobby. Masupha mainly wrote poetry during her childhood and adolescence. It wasn’t until her sophomore year of high school, however, that she discovered and fell in love with slam poetry.

In particular, Masupha was drawn to the creative freedom that slam poetry allows. A slam poem may be read, acted, rapped, performed — whichever way the artist feels appropriate. Masupha also appreciated the fact that a slam poem must be presented to an audience. This gives slam a more communal feeling than other art forms.

“Inspire people to be themselves, connect with others you may not have met before and express yourself,” Masupha explained. “That’s our goal.”

With her friend Mary Malina, Masupha started a slam poetry club at their high school. They soon graduated, and both began to attend Lawrence. Missing a good thing, the two started a new organization here. Although Malina has since transferred, this collaboration between the two has sustained itself and proven popular among the student body.

Masupha’s thematic interests lie within the subject of life in general. This ranges from the heavy to the mundane. Her academic want to obtain a philosophy minor informs this interest. She likes to discuss perceptions of life, of thoughts and of dreams. Her poems also include both romantic and anti-romantic material.

In addition to this, Masupha will even write poems about little things like colors or objects around the room. The deciding factor is mood. Her writing is largely determined by whatever she feels on a particular day. She is also highly influenced by her family, citing her mother and goddaughter as strong inspirations.

Masupha is a history major. She enjoys the discipline because of its universality and the fact that this topic extends into all other fields of study. It shares a certain freedom that allows the historian to explore a number of different topics while still falling under the umbrella of history.

Historical writing even informs the structure of her poems, which are organized almost like a teaching lesson. The basic framework is comprehension, analysis and application. Put simply, this means an explanation of the topic at hand, connections to that topic and then putting that topic into practice by means of creative expression.

Apart from SPC, Masupha is a member of All is One — Empowering Young Women of Color and Committee on Diversity Affairs, a student employee in the Office of Multicultural Affairs, the publicist for Black Student Union, and the fund-raising chair and dancing coordinator for Beta Psi Nu sorority.

After graduation, Masupha plans to either intern with Young Chicago Authors or a similar organization, or study abroad to conduct historical research on women authors in foreign countries. More of her ideas include teaching history or creative writing.

Masupha’s event, the Indie Artists Showcase, is aimed to promote individual artists belonging to several forms; it will be a full-fledged showcase of poets, musicians and various other creative mediums. The group will bring in Monica McIntyre, a cellist from New Orleans with reggae, soul and hip-hop influences, to headline the event. It will take place Friday, May 8, at midnight in Esch Studio in the Warch Campus Center.

By Bryan Cebulski Inspire, connect, express. Such is the motto of Lawrence University’s Slam Poetry Club (SPC), a recently established organization aimed at providing an emotional outlet and safe space for students. Sophomore Tierra Masupha co-founded SPC last year. Her hard work in getting the club running will be demonstrated on Friday, May 8, at…