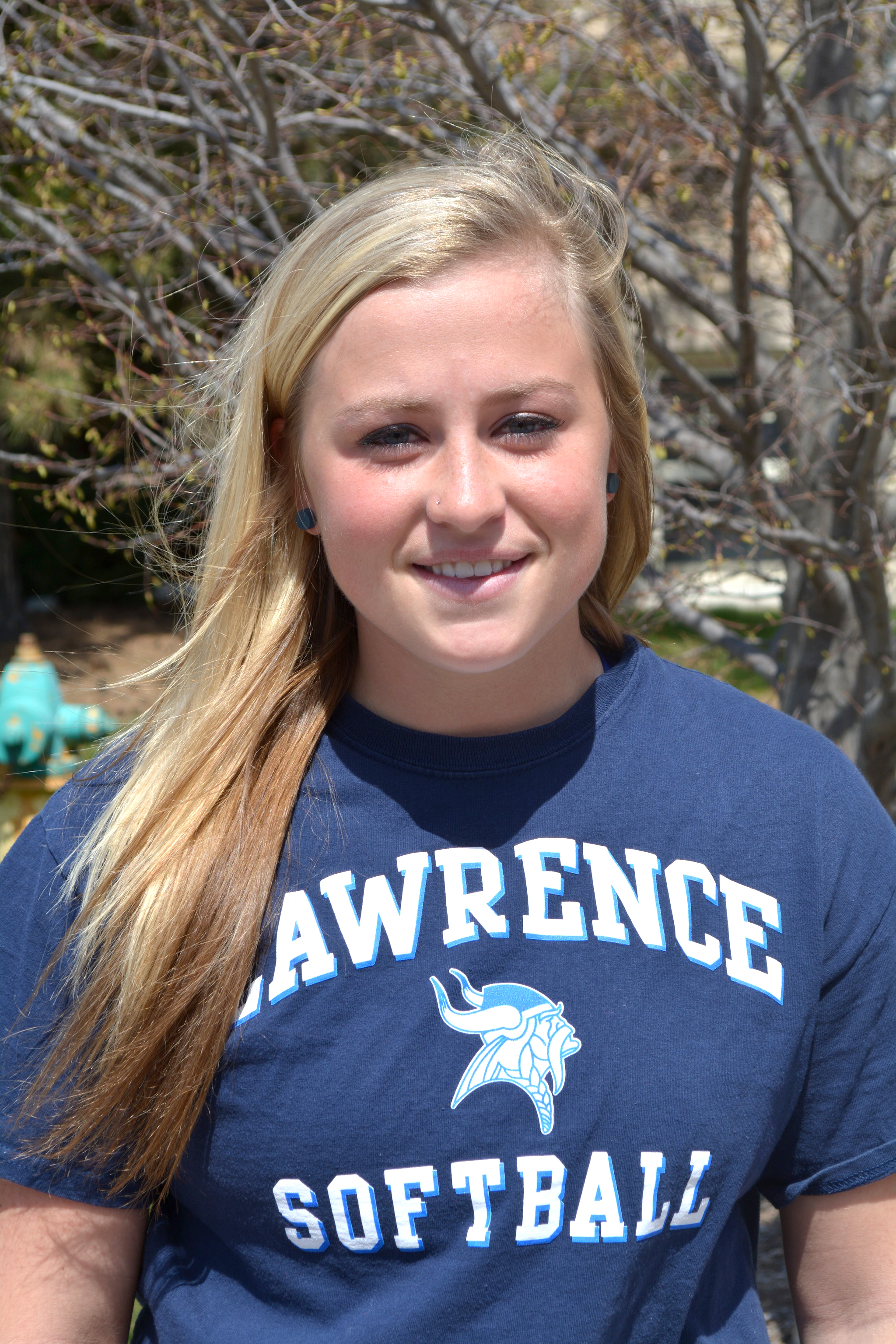 Kori Looker has just finished her first regular season for the Vikings softball team. Hailing from Weyauwega, Wisc., Looker played the majority of the team’s games in left field, and was no slouch at the plate, putting together a .347 average for the season, driving in 18 RBIs and hitting three home runs. The Vikings softball team, with their split with Carroll University last weekend, won the right to host the Midwest Conference tournament. The tournament will be held at Whiting Field on Friday, May 1, through Saturday, May 2.

So, now that you’ve finished your first year as a college softball player, how does the atmosphere compare to high school?

Totally different. We have many more responsibilities. And there’s a lot more of a team atmosphere for me, this time around. Basically, I want to pick my teammates up, get on base for the next batter, just do well for who’s going to be picking me up too.

Have you surprised yourself or anybody else in any way with your play this season?

I’m not sure what was expected of me, but I try my best. Sometimes, I surprise myself.

What has worked best for you this season to make sure you play as well as you have been?

What has worked best for me is having confidence; it’s number one. Number two is having a positive mindset, like, “I’m gonna kick some butt.” Number three is to be relaxed.

What’s the one thing you’re happiest about for this season?

As the season went on, the team got a lot closer. We’re one big family.

Now that you have had a full regular season of work, what has your athletic career here at Lawrence taught you about being academically successful as well?

It’s definitely still all about time management. As the season went on, missing classes for away games meant making connections, catching up and that’s big to stay on top of things at Lawrence.

How have your teammates helped you with your transition into being a collegiate athlete?

They’ve helped with everything. Jazz [Amanda Jaskolski, Vikings shortstop] helped me out a lot. There would be times when I’d get down on myself, and she’d pick me up and tell me the little things I could be doing better. I also study with other members of the team.

How far do you think this team will go in the tournament?

You can choose a lifetime supply of one item from Kaplan’s Café. What is it?