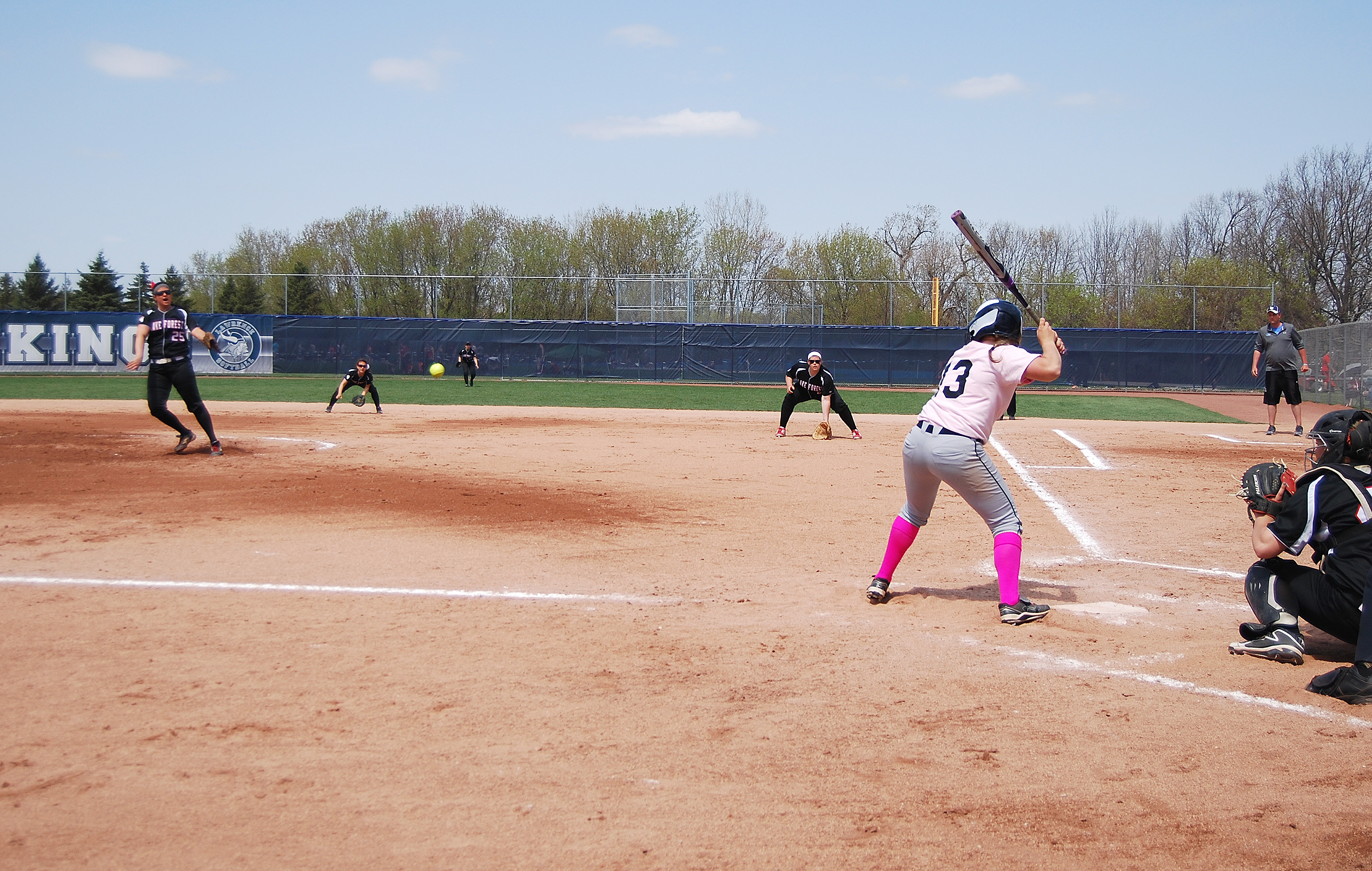 The Lawrence softball team finished its exciting season last weekend by hosting the Midwest Conference (MWC) Championship tournament. The team competed in four games, and after a loss to Lake Forest in the final championship game, the Vikings finished second in the conference.

Coming off the momentum of a North Division title, the Vikings approached the tournament by wiping all distractions from their minds and focusing on one aim: to play softball. “Our only expectation was to play our game,” junior Tierney Duffy said. “The only reason we can be beaten is if we beat ourselves.”

The tournament was double-elimination format, meaning that each team must lose twice to be knocked out. The Vikings (27-10) played their first game of the tournament on Friday in a shoot-out against powerhouse Cornell (30-7). The highlight of the game came in the bottom of the sixth inning where the Vikings came alive to score five runs and take the lead. Lawrence finished the game with a 7-6 victory.

Next up for the Vikings, was the 30-8 Lake Forest team, the best in the conference. Unable to overcome Lake Forest’s dominant pitching, the Vikings were shut out 3-0 and would have to play Carroll to determine who moved on the finals.

Faced with elimination, it was do or die for the Vikings for the rest of the tournament. On Saturday, the team played their third game against Carroll where senior pitcher Liz Barthels only allowed four hits over seven innings. The Vikings rounded out the game with a 4-1 win.

After eliminating Carroll, Lawrence moved on to the championship game against Lake Forest. The Vikings would need to beat Lake Forest in two games to take the title, as the Foresters had yet to lose in the tournament. Lawrence, however, was not able to overcome Lake Forest’s continued pitching dominance. The final game of the season finished in a 5-0 Lake Forest conference title win, with the Vikings taking second place.

The softball team’s season can be best described as a Cinderella Story. The team faced tremendous difficulty from the beginning with a small roster, many major injuries and low outside expectations for the team to even qualify for the MWC tournament. The Vikings, however, used teamwork and their love of the game to exceed all expectations. “We were not dependent on one single person,” reflected Duffy. “Throughout the season, everybody had the chance to step up and be the hero.”

Next year, with the loss of three senior leaders, including Midwest Conference Player of the Year Amanda Jaskolski, the players will have big shoes to fill. Nevertheless, the Vikings have proved their ability to overcome adversity and will certainly be a contender for another top conference finish.

The Lawrence softball team finished its exciting season last weekend by hosting the Midwest Conference (MWC) Championship tournament. The team competed in four games, and after a loss to Lake Forest in the final championship game, the Vikings finished second in the conference. Coming off the momentum of a North Division title, the Vikings approached…