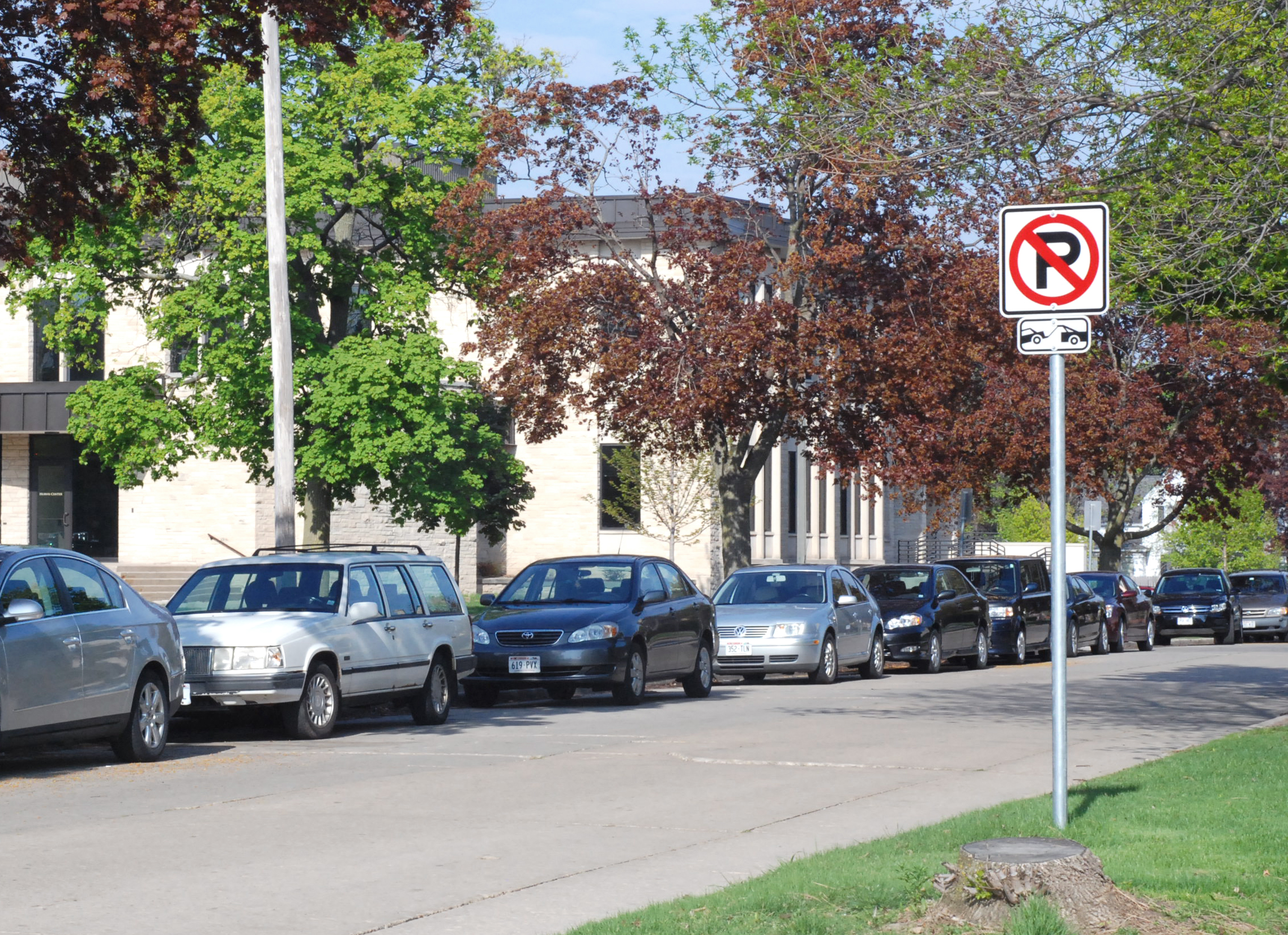 Over the past three months, the City of Appleton has begun to express interest in making significant changes to parking policies, ordinances and infrastructure throughout the downtown Appleton area. While the proposals are still in an early phase, students and faculty have voiced concern over the potential impact on student parking.

On Jan. 30, Walker Parking Consultants, a firm commissioned by the City of Appleton, released a report analyzing and evaluating the current state of parking in downtown Appleton. The city reached out to Walker in anticipation of proposed projects to further develop downtown Appleton and the loss of two aging parking ramps, and to ensure that the city would be able to account for the rising demand for parking.

According to the report by Walker, which can be found on the City of Appleton’s website or requested through the Lawrence University Office of the President, the city intends to close two downtown parking ramps—the city-owned Blue Ramp and the YMCA-owned Soldiers Square Ramp, both about 50 years old—within the next five years. The closures of these two ramps, which accommodate 401 cars and 450 cars respectively, will greatly increase parking demand in the downtown area. The recommendations made in the Walker study, according to City of Appleton Director of Public Works Paula Vandehey, “will guide us through decisions related to the policies and practices of our public parking system.”

One big question on the minds of students and faculty who bring their cars to campus is what effect these recommendations will have on the campus community. “My first reaction, as someone who regularly used the Yellow Ramp,” said freshman Bethany Naylor, “is that the [parking changes] would cause the Yellow Ramp to get even fuller than it usually is. During work hours and other busy times, it can be difficult to find parking.”

According to 4th District Alderperson Joe Martin, Walker, the City of Appleton and the Lawrence University Office of the President worked closely to ensure that the university’s needs would be considered in the final recommendations. On the matter of permit parking on ramps in downtown Appleton, the Walker report asserts that the city-owned Yellow Ramp and a potential multi-use ramp to replace the Soldiers Square Ramp will be able to accommodate the long-term parking needs of the downtown community. Vandehey also says that the university has expressed a desire to broaden the parking lot adjacent to the Lawrence Memorial Chapel to better accommodate faculty, staff and students.

Though some students do use the Yellow Ramp—the report indicates that, on average, 25 students are issued permits out of the allotted 100—most park on the streets during daytime and in faculty lots at night. Both Vandehey and Martin relayed neighborhood residents’ concerns over the potential monopolization of street parking spaces by members of the campus community. Several residents of streets bordering campus, and even some Bon Appétit workers, have voiced frustrations about a constant unavailability of spots for themselves and visitors due to students remaining parked on the street for long periods of time.

The report by Walker took these concerns into account and recommends both active and passive methods to encourage and incentivize long-term parking in locations off of the street, such as ramps, lots and less-utilized metered spaces off of College Avenue. This would leave non-metered spaces on the street available for short-term parking needs. One of the suggestions given to the city is to restrict daytime street parking to two hours within two zones, one bordered by College Avenue, North Street, Lawe Street and Durkee Street to the north, and the other by College Avenue, Lawe Street and the Fox River to the south.

To account for the increased burden on parking enforcement, the report also makes recommendations for a more visible and community-oriented parking enforcement division, as well as updated and more reliable equipment for efficiently conducting parking patrols. According to Vandehey, there will be no effect on the availability of parking to students, but in the interest of compromise with the community, parking may not be as conveniently close to residence halls as it is now.

Martin asserts that both his office and the Office of the President look forward to these changes serving as a catalyst to increasing community activity and interaction between the campus and community by encouraging walking and cycling. Martin further hopes to increase outdoor activity and interaction with nature by working with the university to increase the walkability of the area around campus and implement bicycle-friendly routes across the river, replacing the old railroad trestles.

None of these proposed changes have been approved by the city council yet, but if approved, their implementation can be expected to begin as early as 2016.