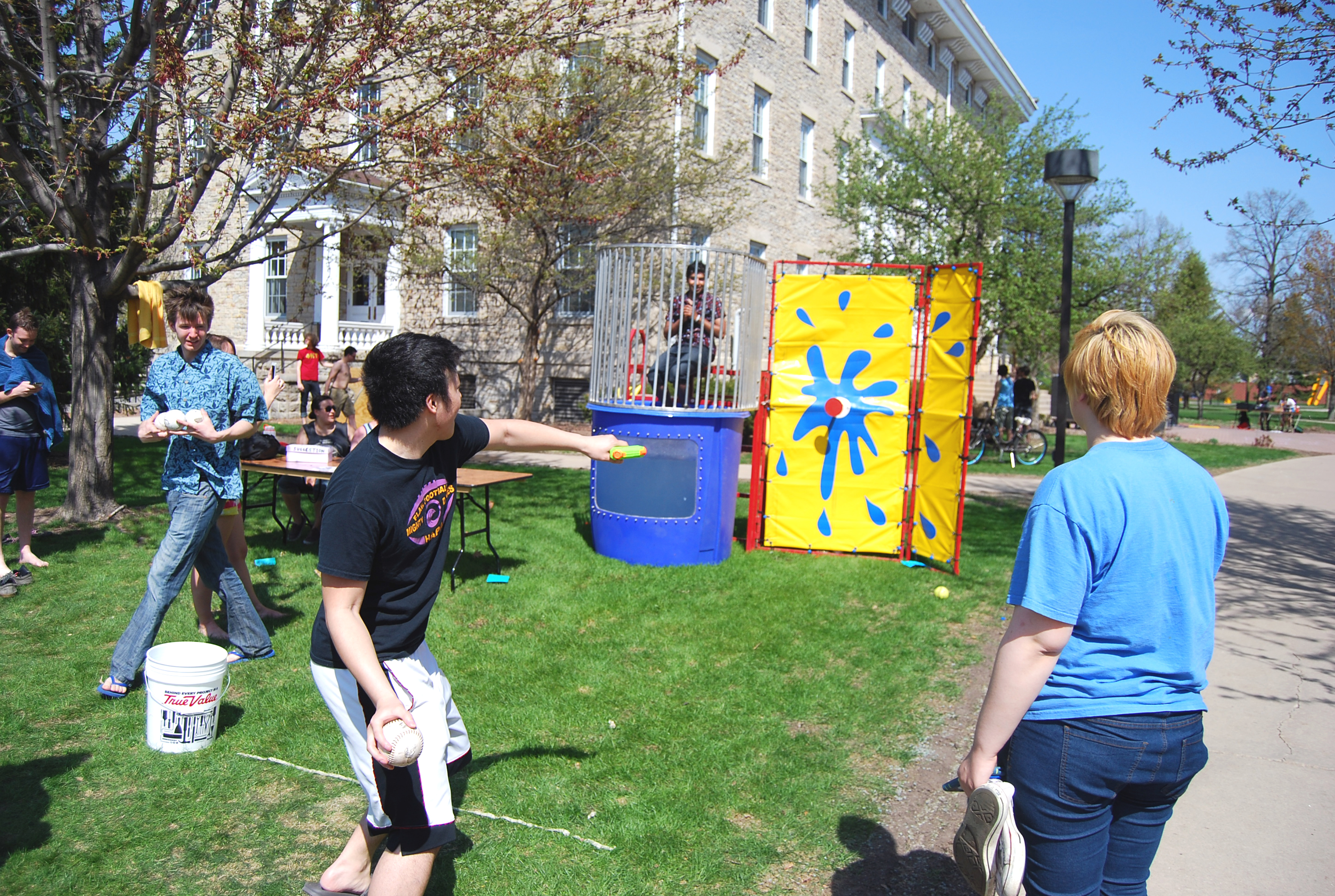 On the afternoon of Saturday, May 2, the Ormsby and Brokaw Halls residence life staff held the annual Ormsby Zoo Days. Students from the Residence Life Advisor (RLA) staff as well as many other student organizations worked to include different activities and events throughout the day, including music, games and food.

Despite a hiatus in the 1990s, Ormsby Zoo Days has been a part of the Lawrence experience for over a century. “It rewards students for getting to this point in the term, gives them a break from their current school work and then energizes them to keep working for the rest of the term,” noted RLA and sophomore Olivia Rowe who worked on the event. “It’s also just a fun way to celebrate finally having some nice weather.”

Throughout the day, bands played in the sun on the southern steps of Main Hall. Ormsby head RLA and senior Ashley Coenen observed that the bands “drew quite a crowd.” In addition to music, Ormsby Zoo Days also incorporated a wide range of activities, such as inflatables on the Ormsby lawn and a face-painting station. The staff of Colman, Plantz and Hiett Halls also helped with other activities, such as the balloon artist and the perennial dunk tank. Students could take pictures of themselves and friends at the photo booth.

Many student organizations also joined in the festivities, hosting booths and activities for attendees. The Downer Feminist Council offered cookies and contraceptives, Asia-A held a Thai water festival with water guns, and Habitat for Humanity opened a booth where students could make small birdhouses. GlobeMed hosted a “color run” event for which students paid a $5 fee to register and run in a white t-shirt while club members threw colored powder at them. All proceeds from the event went to GlobeMed’s philanthropic efforts to fund a pig cooperative in Rwanda.

Lawrence’s Greek scene was also involved in the day’s events, holding several different activities for attending students. The fraternity Phi Kappa Tau, for example, held “Pie a Phi,” a booth at which students could throw pies at Phi Kappa Tau members of their choice. Kappa Alpha Theta hosted an “egg roulette” in which students were invited to throw raw and hard-boiled eggs at one another.

Student and community attendees could also take advantage of the free carnival food, including snow cones and cotton candy. According to Coenen, the Ormsby and Brokaw RLA staff “had to learn how to make cotton candy.” There was also a hands-free donut-eating contest, and several club booths offered free cookies, root beer floats and other treats.

Although the Ormsby lawn and Main Hall green wound down around 4 p.m., students were invited to attend an evening campfire at the Gilboy Fire Ring. Junior Michelle Ohlhausen, who organized the campfire, said, “the campfire was good… people came and enjoyed their s’mores!” Coenen expressed a hope that the campfire “will become part of the Zoo Days tradition.”

Many students attended the day’s events, and Rowe seemed pleased with the turnout. “Everyone seemed to be having a good time,” she attested. “I was relieved that the weather was so nice. My staff and I put months of planning into this event, so we were excited to see it be so successful […] I think Zoo Days went really well!”