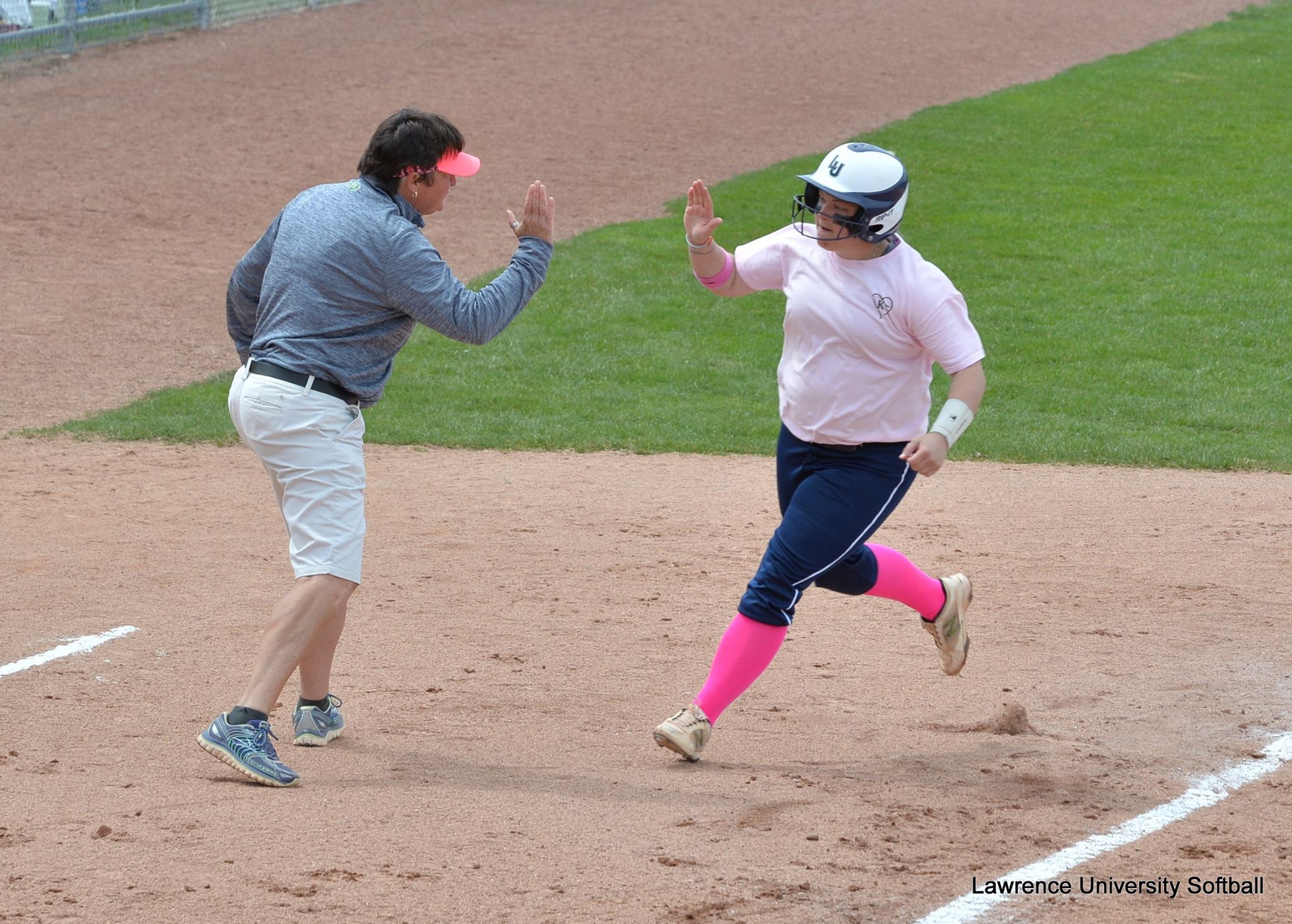 On May 12, the Midwest Conference (MWC) announced its 2015 softball MWC Coach of the Year. The honor went to Lawrence University Softball coach Kim Tatro, who has coached a successful softball program since 1994. This past season, Tatro and her coaching staff led the Vikings to a 28-12 record and a second place finish in the MWC championships.

This is the first year that the MWC named one coach of the year for the entire conference. Tatro has received MWC Coach of the Year for the North Division seven times previously. “It’s a nice honor for our entire program,” Tatro said. “Our assistant coaches Ron Harke and Ryan Konitzer should also receive credit. I’d like to see the award title changed to ‘Coaching Staff of the Year,’ because that’s a more accurate description of what really goes on. It will always be a group effort in our program. Equally importantly, our players deserve the credit. They are responsible for our success, and they were so resilient and mentally tough this year. They are a group that I couldn’t be more proud to be associated with.”

Tatro has the most all time wins of any softball coach in the MWC. However, she credits all her successes to the players she coaches. “Our team is a family,” Tatro said. “You have to start with quality people in order to have a successful program. We are at our best when we are relaxed and having fun.   When you have good people first who care about the right things, success takes care of itself.”