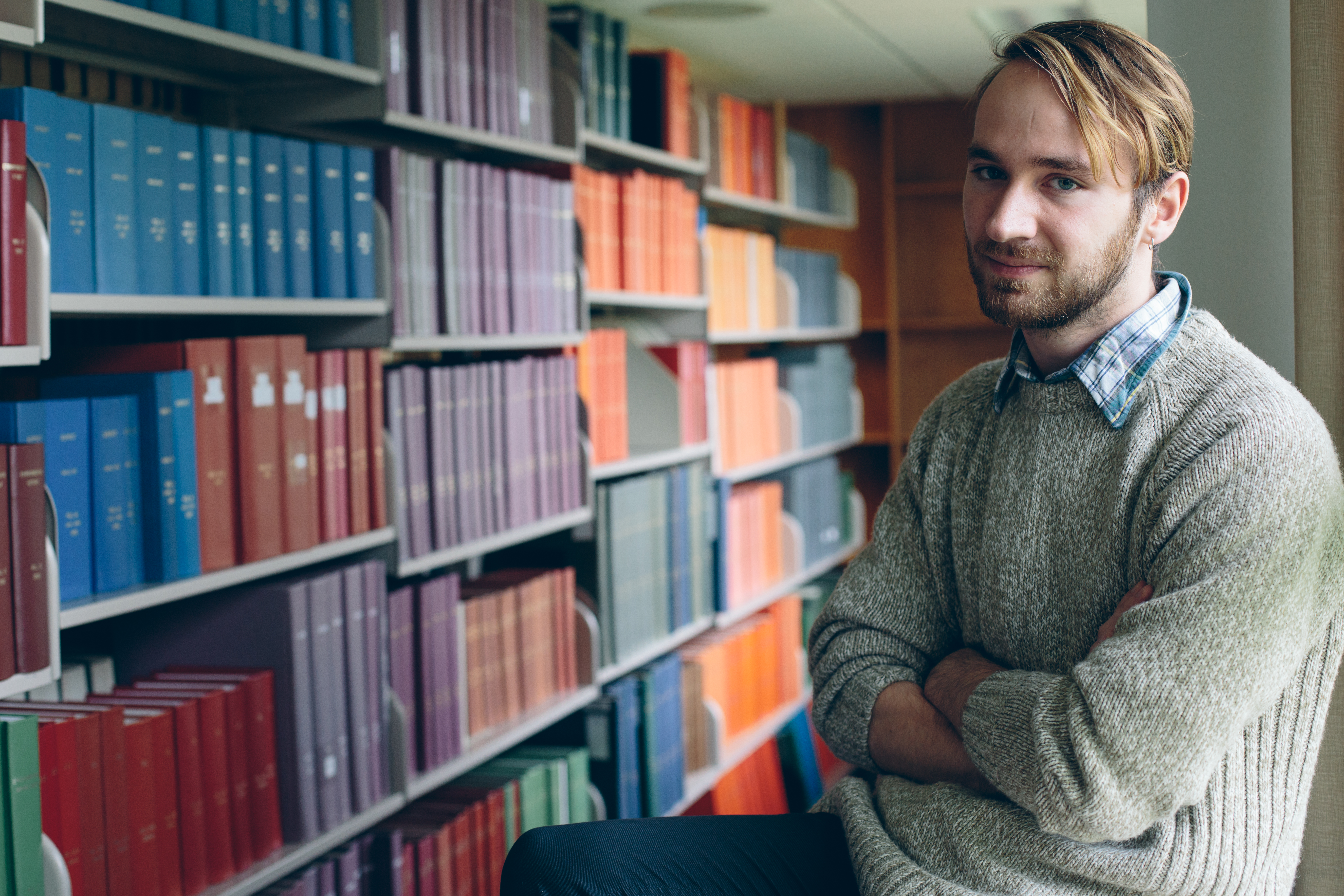 Many artists have a single form of expression. The prose writer has a political agenda to attend to, the oil painter has gender tropes to subvert, etc. This is all quite admirable, yet it is especially impressive when an artist cannot be pinned down by any one impulse or art form.

Senior Joey Belonger is an English major with minors in creative writing and studio art. He is especially difficult to define. From the process of grief to identity politics, he has an impressive host of motivations for creating art by almost as many means.

Belonger began as a writer in online role-playing communities. There, he joined in the creative world-building of dozens of dreamers, putting himself in the shoes of superhero teens running from corrupt government agencies or crafting a hodgepodge of mythical creatures to go on adventures together.

This community really helped him start the habit of writing, and showed him how enjoyable it could be to create and how to use language to express oneself.

In his mid-teens, Belonger started to write for more personal reasons. He noted that he had trouble finishing his pieces due to the weight of his subject matter, often too heavy for his writing capabilities at the time. For instance, he attempted to create a dystopian science fiction novel about genetic modification and feminist rebellion, something that a seasoned author like Margaret Atwood took years to create effectively.

English was not the focus of Belonger’s life in high school. In fact, he excelled in art and math, and didn’t even bother to take the AP English classes. However, upon arriving at Lawrence, he decided that he wanted to try something different.

“My academic pursuits were partly driven by my desire to explore writing more generally because of my creative background,” Belonger explained. “I also wanted to grow as a person in college, not just go in and do things I was good at.”

As luck would have it, Belonger clicked with the English department here. They have helped him develop his critical thinking skills in a way that complements and improves his personal writing, something for which he is infinitely grateful.

These days, Belonger is more interested in writing either nonfiction or hyper-realistic fiction informed by personal experience. This helps him to process events in life, helpful both as a form of catharsis and a form of emotional exploration. He noted that he would like to write more fantasy, perhaps something allegorical regarding identity, but that he has yet to overcome the difficulties of world-building.

In addition to his prose, Belonger is also an accomplished poet and digital printmaker. The former is also a very personal exercise, but veiled with metaphors and literary allusions. Yet, lately, he has been interested in combining the critical mind he has honed as a humanities major and the emotional mind he has developed through his personal work.

Thus, he is in the process of writing a poetry collection that deconstructs mainstream LGBTQ culture … using the metaphors of mermaids. It is more political, yet still obviously creative. His previous works use similar oddball imagery, incorporating zombies, Greek heroines and drag queens to illustrate his themes.

As a printmaker, meanwhile, Belonger is a chaotic spirit. He combines text and found imagery, and forms the images into something new and unique in order to see how dissonant images can interact in an aesthetically pleasing way. He cites that his work can stack up between 20 and 40 layers of material.

His work is extremely busy with very few places to rest your eyes. Belonger explained that this was due to his anxiety over having too much empty space, as it always seems like a missed opportunity.

Belonger has a loose idea of what he would like to do in the future. He only knows that he would like to learn, travel and do meaningful work. How that will manifest is up in the air. However, he is sure that he wants to continue his creative life, perhaps in the form of an M.F.A. program.