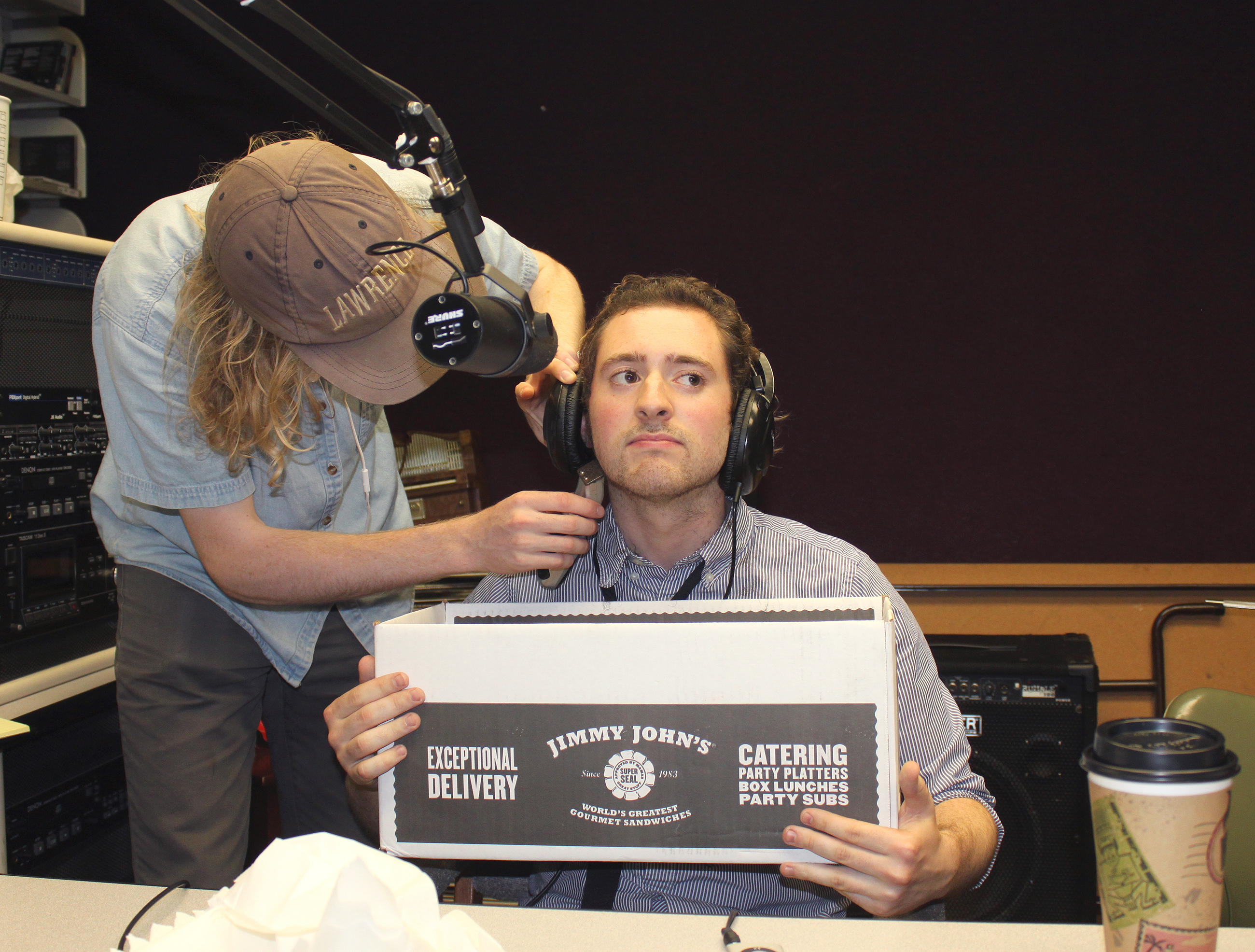 GlobeMed and WLFM Lawrence Student Radio (WLFM) jointly hosted the third annual Radio for Rwanda event on Sunday, May 17. The radio marathon, which ran from noon to midnight, was a charity event with the intention of raising money to aid people in the city of Kigali, Rwanda. WLFM Station Manager and senior Peter Raffel served as the event’s host for his third year.

The goal of Radio for Rwanda is to encourage community members to learn about GlobeMed and contribute to their current aid efforts. Over the course of the school year, GlobeMed has been raising funds for Health Development Initiative, their partner organization in Kigali.

GlobeMed also hopes to eventually aid rural Rwandans by building a pig cooperative, as a source of protein and revenue, and a water-sourcing project, to help bring water closer to the village.

This year, as in the past two years, WLFM and GlobeMed worked together to pack the day full of guests, events and activities to engage listeners. “I try to create the 12 hours as a very fluid thing, thinking about which guests go well back-to-back, and different rhythms for creating a form of entertainment that lasts as long as this,” noted Raffel about the process of organizing the event.

GlobeMed member and senior Abby Schubach mentioned that this year’s event had more involvement from GlobeMed than in years past. “GlobeMed members were able to come on air, and talk about the cause and why they are involved with it. I think this was an awesome addition to the show that was able to unite WLFM and GlobeMed even more, while also educating the listeners about Health Development Initiative and the pig cooperative,” commented Schubach.

Musical groups, including The Gritz, the Appletones and Porky’s Groove Machine, played sets and provided interviews. The WLFM show #BackToTheBronx also made an appearance along with students living in Sankofa House.

GlobeMed members organized the fundraising component of the event, while Raffel and other performers were responsible for the show’s programming and entertainment. “I think this is why the partnership works so well,” noted Raffel. “It’s two groups who are passionate about wildly different things, but are able to come together for a common cause and a shared love of what we do.”

This year’s show brought in $2,211, more than enough to build the initial pig corral, according to GlobeMed’s website. Listeners, organizers and performers considered it a success.

“This year we really honed in on what makes the program work,” remarked Raffel. Schubach’s favorite part was “witnessing the enthusiasm that builds during the 12 hours. Everyone becomes so passionate and excited about reaching our goal. Also, watching Peter slowly go crazy is pretty fun.”

Sophomore Hugo Espinosa, who listened to much of the event, affirmed that, “It was a blast … hearing all this crazy stuff happening in the studio and hearing the donation tally go up, it’s a great experience, especially when they shaved [Raffel’s] beard literally on the air.”

Although the show will lose its founder and original show host, it will continue next year and will be hosted by sophomore Margaret Koss. WLFM and GlobeMed will both continue their involvement with the show, focusing on completing their project funding goals.

Raffel expressed his gratitude for the extensive campus involvement, saying, “It’s the 12 hours of the year that I feel closest to this place and realize what we’re capable of … it continually baffles me and makes me realize how beautiful this community can be.”