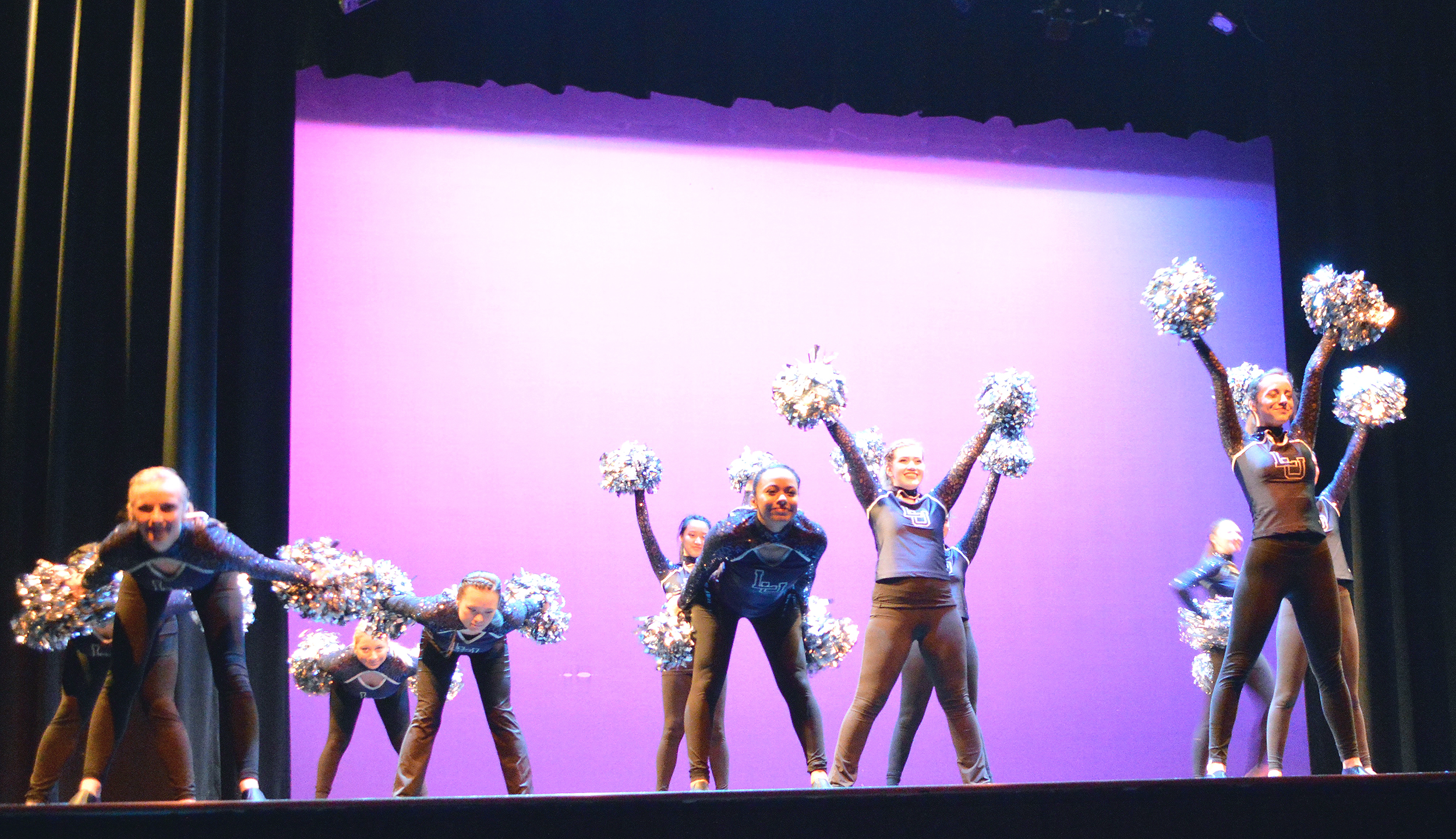 On Sunday, May 24, at 8 p.m., the Melee Dance Troupe presented its final show of the academic year. Stansbury Theatre was full of excited audience members, and after a brief introduction to its theme by director and senior Adriane Melchert, the show began. The theme for the evening’s show was “vim,” which is defined as energy or enthusiasm. Melchert explained that for these performances, “vim” meant strength—in this case, the many strengths of the dancers.

The Melee dancers’ strengths were simultaneously physical, conceptual and musical. The dance styles covered a wide array of genres, generations and cultures. I found myself wanting to move along with most, if not all, of the song selections. In terms of emotional connection, the dancers delivered. The happier pieces were infectiously energetic, and the slower, more introspective songs were accompanied with corresponding body movements and facial expressions.

The first dance was a contemporary quartet set to Flyleaf’s “All Around Me.”  The dramatic, melancholy lyrics worked well with the choreography, which was imbued with elements of ballet. The refrain of “I’m alive,” which was repeatedly softly throughout the song, offered a meditative heartbeat for this dance.

Next was a solo belly dance set to Carol Samaha’s “Ghaly Alay.” The first of two solo dances of the evening, this particular piece combined undulating lines with brisk, aggressive movements of the hands and feet, which made for a mesmerizing juxtaposition.

The third dance of the evening was a contemporary duet set to Edgar Meyer’s “Great Green Sea Snake.” The dancers commenced with a circle of ballet leaps and moved into more abstract, comedic choreography—moves included an ironic shrug and a transition into a game of patty-cake.

The next piece was performed by the Lawrence University Dance Team, and was complete with Taylor Swift’s “Shake It Off,” sass and pom-poms, which were very effective in demonstrating how to beautifully shake off the haters.

Following this large group dance was the second solo performance of the evening, a contemporary number set to an instrumental version of Justin Timberlake’s “Mirrors.” The dancer made use of the whole stage and was dynamic in her movements, showcasing both her flexibility and athleticism.

Next was a duet performed to Beyoncé’s “I Was Here,” a song about the desire to leave one’s mark on the world. The slow, deliberate dancing poignantly reflected this earnest wish.

After this lyrical work, members of Lawrence Swing Dance performed a number to “Do You Love Me” by The Contours. As is typical of this group’s performances, the music was feel-good and the execution beyond charming—they brought back the mashed potato dance for good.

The next dance was set to a medley of “Expect Me” by Girl’s Day and “The Boys” by Girl’s Generation. Not surprisingly, this fun dance quartet was characterized by girl power and reminded me of early pop group choreography.

The next quartet danced to “Born Bob Dylan” by The Veronicas, and their contemporary style underscored the yearning in the song. Their first moves resembled the tossing and turning of a sleepless night and the pantomime of covering their mouths sadly, and gracefully symbolized frustrations and hesitations in communication.

Ariana Grande’s “Break Free” was the soundtrack to a trio who recreated Yanis Marshall’s web-famous choreography. Honoring the spirit of the original dances, this gentlemanly trio wore both waistcoats and heels—one pair was over six inches high, no laughing matter.

The final dance of the evening was another contemporary piece, a quartet to “Hypnosis” by Wax Tailor. The choreography suited the song title. The quartet, in matching costumes, performed an entrancing routine that represented the process of hypnosis and drifting in and out of awareness. It was thought-provoking and beautifully performed.

Even though Lawrence University does not offer a dance major, the performers determinedly pursue the craft on top of their other multidimensional pursuits and responsibilities. Students at Lawrence are familiar with the rigorous demands of academic life here, and choosing to prepare for, rehearse and perform in a relatively large-scale dance show demonstrates a considerable amount of commitment.

Those interested in supporting dance endeavors can participate in Melee. Given the development of new and unique dance troupes within the Melee group, its performances in the coming years are sure to innovate and entertain.

By Anastasia Skliarova   On Sunday, May 24, at 8 p.m., the Melee Dance Troupe presented its final show of the academic year. Stansbury Theatre was full of excited audience members, and after a brief introduction to its theme by director and senior Adriane Melchert, the show began. The theme for the evening’s show was…