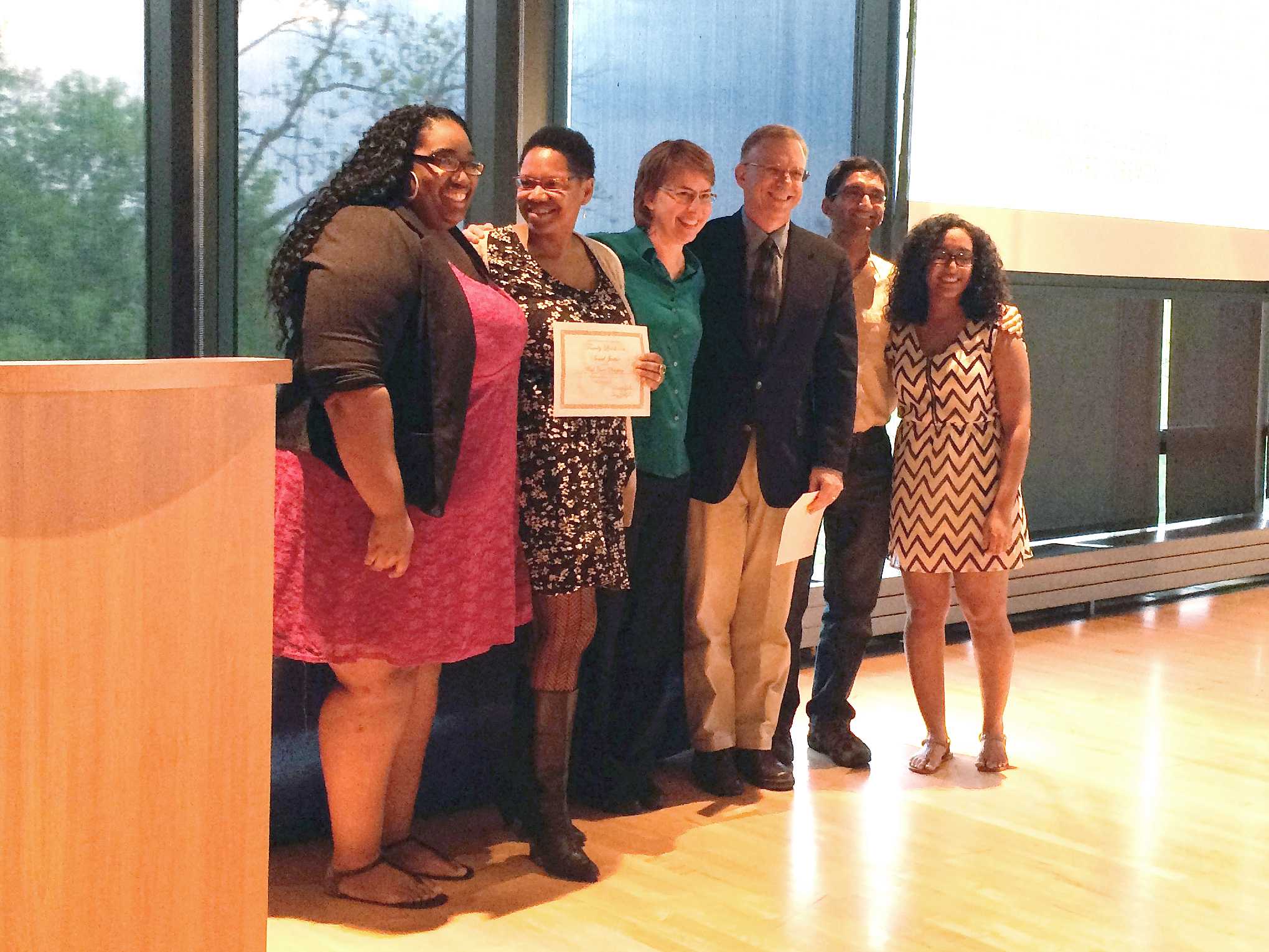 On Thursday, May 21, All Is One: Empowering Young Women of Color (AIO) celebrated the achievements of many Lawrence students, faculty and staff members in their individual pursuits of social justice at the second Annual Social Justice Awards Ceremony. Four individuals and a student group were honored for their outstanding work and dedication at Lawrence as well as in the greater Appleton community.

According to Vice President of AIO and junior Cheyenne Van Dyke, these individuals and group are chosen through nominations and voting. Through the Office of Multicultural Affairs, AIO reached out via email to the student body for input. After nominations by members of the Lawrence community came in, online voting was conducted to choose an award recipient for each category. In this way, it is the community’s voice that chose and honored these individuals and group.

One of this year’s proud award recipients, Pa Lee Moua, was excited to share with us her own personal stories and her job in promoting awareness of the diversity at Lawrence and in the community. As the assistant dean of students for multicultural affairs, she is also the advisor for AIO and serves as mentor for many students of color on campus. Having come to the United States as an immigrant and subsequently becoming a citizen, Moua finds her work in helping others is not only a contribution to the community, but also personally rewarding.

“I think that everybody has their own stories to tell; and it is beautiful that we are able to hear what others go through,” said Moua, talking about her inspiration. “Many of us share similar struggles. For me, it is personal […] I walked the struggle and became the living proof of all the issues and obstacles that came my way. So I tell my stories to further empower other people, but also, in many ways, to validate and be proud of myself.”

Talking about the event last week, Moua believes it is a small but extremely important ceremony not only to celebrate, but also to recognize that the fight for social justice goes on.

“It is rewarding to be able to acknowledge and appreciate work by other people,” said Moua. “It is also something bigger than the individual people. It is really to bring the community together to celebrate […] and most importantly, to know that [social justice] is not something you can accomplish in one day or one event. It is to know that social justice is something we have to continue to think about, to act on and to be personally invested.”

Her passion also aligns perfectly with AIO’s continuous effort to represent women of color and to make lesser-known narratives of marginalized groups heard and understood. Being a very active club on campus, AIO has organized many events to represent the very broad group of women of color. This includes the “Black Girls Matter“ photo gallery in Fall Term 2014, as well as inviting many notable speakers, poets and thinkers to campus. They also work with other groups, such as CODA and Black Student Union.

Van Dyke hopes to first expand AIO, both in terms of members and events. The aim of future AIO activities is to inspire people and continue the current conversation about the issues faced by women of color. Not confining themselves within the Lawrence community, AIO hopes to reach out and connect with women of color in the Appleton community as well.

“We are really hoping to have a book series to look at different woman of color authors,” said Van Dyke. “A lot of the works are autobiographical. Each term, we will hand out a book to our members; and about seventh or eighth week, we will have an open discussion […] As a club, we are hoping to make ourselves more educated on the matter of identities. Although we cannot speak about all of the different identities ourselves, we can educate ourselves.”

Besides education, there will be many events by AIO to come next year. Both Moua and Van Dyke acknowledge that while there has been much progress in the fight for social justice at Lawrence that needs to be celebrated in events such as their awards ceremony,  there is still so much more to be done. The most important thing to do, according to Moua, is to continue the conversation.

“Social justice isn’t a one-stop, one-event, one-person entity,” said Moua. “It is constant: everybody is included and plays a role.”