Spring training part 3: Women’s tennis getting back into swing 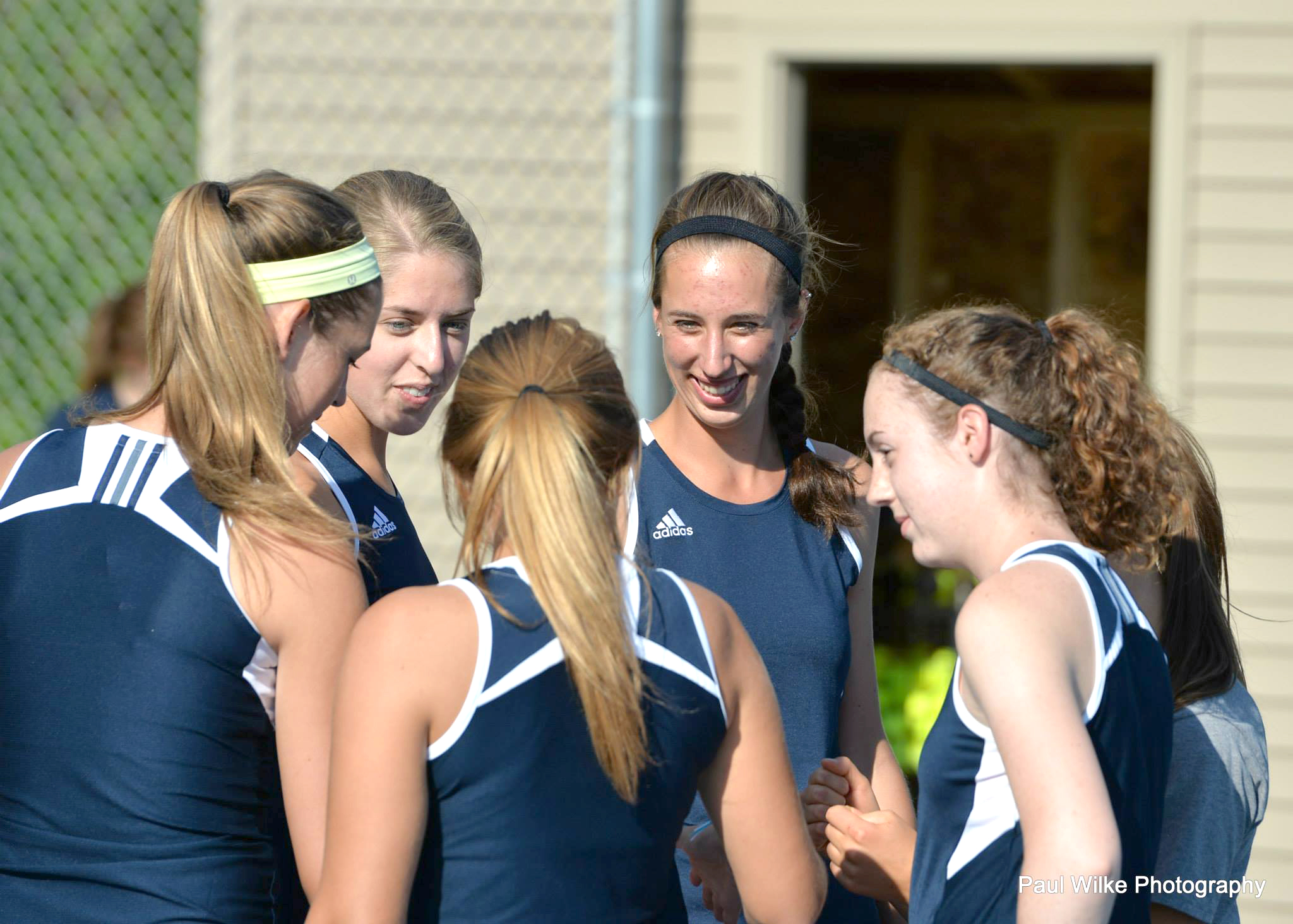 For the women’s tennis team, the success of spring and summer training rests largely on the shoulders of the individuals. During the spring, while the Lady Vikes are still together on campus, that weight is shared among a team of women who make it a point to hold each other accountable.

“We only get a month with our coach in the spring because he’s working with the men’s team at the same time,” explained sophomore Elana Lambert. “Our practices weren’t that long while the men’s season was winding down, but we’ve been playing on our own without our coach after the month is over.”

Spring tennis is more relaxed than in the fall, as the team works together on several drills and mainly focuses on keeping their skills sharp. “We’re not doing anything too complicated or too intense,” said Lambert. “We basically focus on getting back into the swing of it.”

She described a basic practice in which the team warms up, and then moves into some competitive drills and games. “We’ll do some up and down stuff, like if you win, you move up, and if you lose, you move down, with both singles and doubles.”

Working together during the spring prepares Lawrence’s tennis players for a busy summer and an even busier preseason. “It helps us remember what to work on so we know what we need to do over the summer,” said Lambert. “You have to be motivated on your own over the summer. It’s expected that you’re playing all the time. Once we get to preseason, practice gets way more specific. Our coach has us do individual drills working on specific things. Each person is different.”

August preseason will also be a time to welcome some new Vikings to the ranks. “We know we have a couple of strong incoming freshmen and we have a huge class graduating,” said Lambert of next season. The underclassmen practicing this spring will bring new leadership to the tennis program. “We’re in control of the whole team next year, which is both exciting and scary.”

Head Men’s and Women’s Tennis Coach Steve Francour will dedicate more time to the women’s tennis team during the fall, and his expectations are clear. “He wants us to have all the tools in the toolbox,” said Lambert. “That way, we can go out into a match and know what we need to do. We figure out what we’re each best at and how to play our best tennis. If we do that, we’ll accomplish our goals. We all want to do just as well or better than last year.”

The Lady Vikes are on track to achieve that, driven both by the work they put in now and by their positive attitudes. “There’s a lot of enthusiasm with the current members,” said Lambert, looking forward to sharing that enthusiasm with next year’s new players and furthering the success of the program. “We’re very excited.”