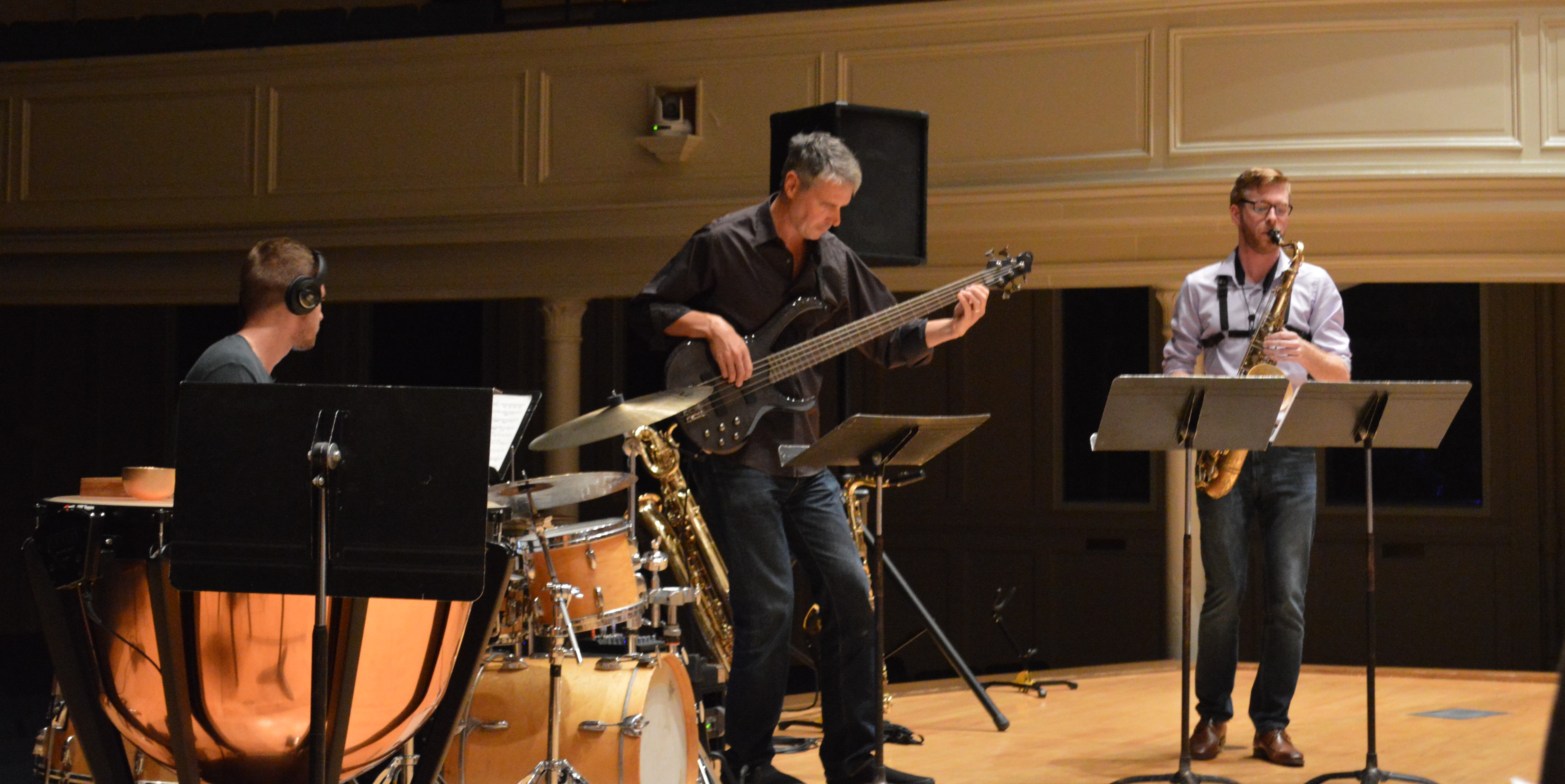 It’s not often I go to a concert without preconceived notions or ideas of what will happen. In a way, this is nice, I can prepare myself for the concert yet still be surprised and amazed at how it unfolds. But it’s also refreshing not knowing at all what I will hear — possibly because I haven’t listened to the artist or am not familiar with the program being played. In the case of Sumner Truax’s, of the Saxophone Department, recent faculty recital, it was both.

The recital, which took place in the Memorial Chapel on Saturday, Sept. 26, featured Truax playing a wide variety of contemporary instrumental music with several guests — a frequent collaborator and friend Drew Worden, senior students Joe Connor and Colin Parsons and other faculty, Steven Jordheim, Matt Turner, Mark Urness and Dane Richeson. For each of the seven pieces, the instrumentation and overall sound changed drastically, keeping the audience on the edge of their seats.

The beginning of the concert was the most gripping opening of a live performance I have ever witnessed. As the audience sat atypically on the stage facing the house, the lights faded to black although no performer was on the stage. After what felt like a couple minutes, the sound of three soprano saxophones, Truax, Jordheim and Connor, came from the balcony. The piece, “Everything That Rises,” composed by David Clay Mettens, utilized intonation techniques that created incredible sonic illusions. The effects were indescribable — when sight is taken out of the equation and unfamiliar tuning is used, the mind can play tricks, producing tones that aren’t there and textures never heard.

Similar to the ethereal sound of Metten’s piece was the Karlheinz Stockhausen’s text-based improvisation. Truax was joined by cellist Matt Turner, bassist Mark Urness and percussionists Dane Richeson and Drew Worden. The piece was meditative and comprised of drones from different instruments. By the end, I felt reassured and content, even tearing up, moved by the beauty of it.

This concert amazed me in many ways, but the most notable was Truax’s ability to play such a wide range of pieces in such a short time, and to play them well. Some pieces got me bobbing my head and relishing in the sheer complexity of the time and rhythms while others allowed me to be completely at peace. It is one thing to play technically and impress the audience but another to express and evoke deep emotions. All who participated in this recital did both.

Truax was able to emphasize his technical side of playing when he performed Colin Labadie’s “Strata 1,” a piece that requires the saxophonist to not only circular breathe for nearly ten minutes, but also to play a motor figure throughout. Similar to a didgeridoo performance, he played a basic pattern underneath while layering other figures on top. Technically, this was all extremely challenging for the average saxophonist, but Truax performed it effortlessly.

Do not be turned away from a concert just because you don’t know anything about it. You may discover new music that moves you or have one of the most blissful experiences of your life. And in some cases, even both.

By Izzy Yellen It’s not often I go to a concert without preconceived notions or ideas of what will happen. In a way, this is nice, I can prepare myself for the concert yet still be surprised and amazed at how it unfolds. But it’s also refreshing not knowing at all what I will hear…