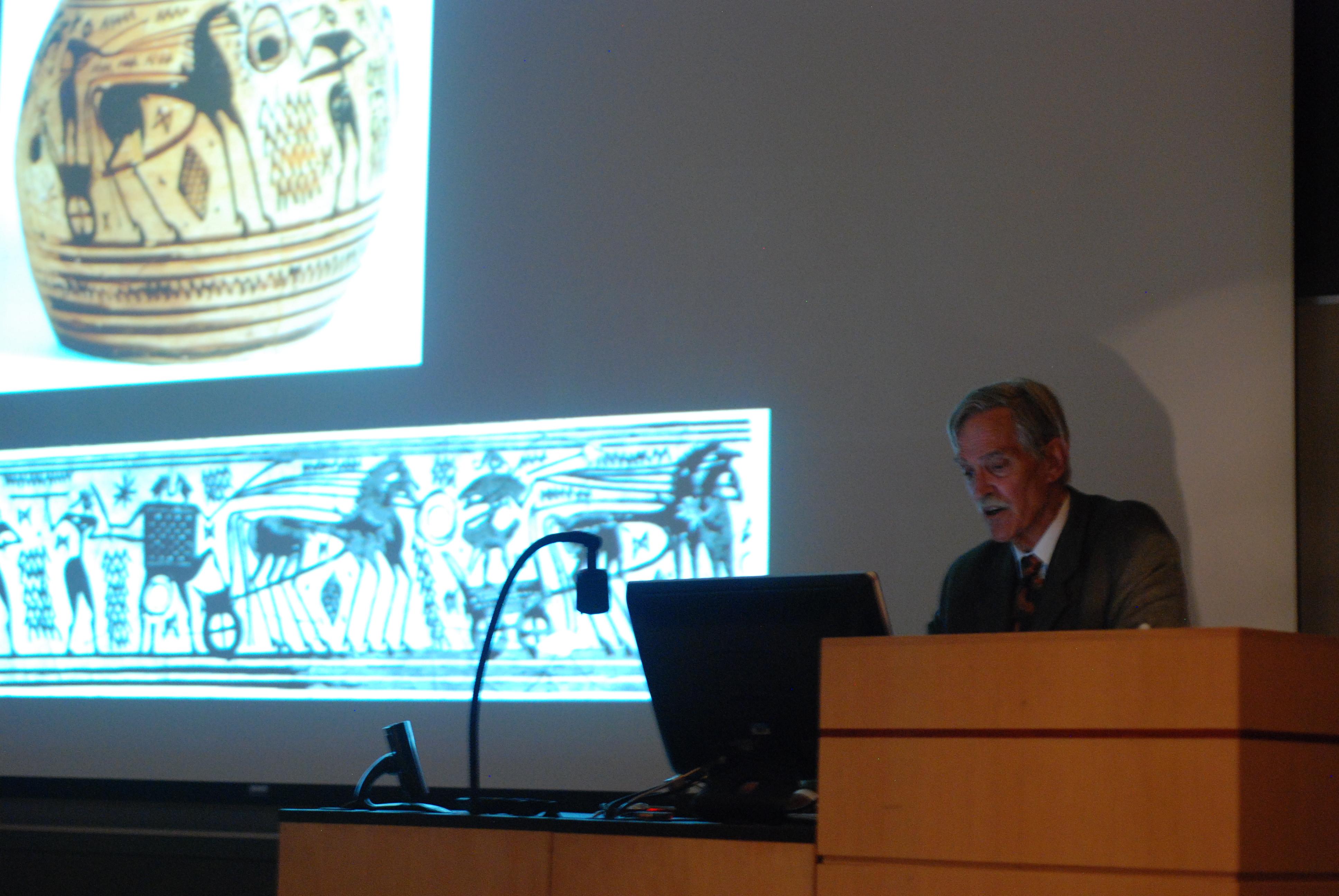 On Monday, Sept. 28, Archaeological Institute of America (AIA) Norton Lecturer William Childs gave a presentation, titled “The Meaning of Pictures in Early Greece,” on ancient Greek pottery. The lecture was given in the Wriston Art Center auditorium at 7:30 p.m., and it was open to all community members.

The lecture was sponsored by the Archaeological Institute of America and coordinated through the AIA Society of Appleton. The society works to research and preserve the world’s archaeological heritage, as well as to educate the public.

Professor of Anthropology Peter Peregrine, who is a contact for the AIA Society of Appleton, spoke before the lecture about the AIA. He noted the AIA’s recent work to preserve heritage sites in the Middle East and its role in bringing speakers to campus.

The lecturer, William Childs, is professor emeritus with the department of art and archaeology at Princeton University. His speech focused on the portrayal of myths, nature and everyday life in ancient Greek pottery. He stressed how nature is associated with the divine in ancient Greek art. He spoke about how narration developed as artists skillfully used tools to represent images with subtlety and variety.

In addition to ornamental representations of nature, images of heroic myths and death were evident in ancient Greek pottery. Assistant Professor of Classics Adriana Brook remarked, “[…] the fact that so many of these vases are showing scenes of burials is really interesting.”

She continued, “In fact, just in mythology today, we were talking about the Underworld and myths that are used to sort of help deal with the fear [of] confronting the unknown when we die. It was interesting to see the actual historical cultural representation of how people dealt with that in the ancient world to go along with those myths that we talked about today.”

The lecture combined interests in art, history and classical studies. Brook commented, “There are so few events on campus, in a campus that is just rustling with events, that are geared specifically towards students who are taking myth […] I felt that this was a really unique opportunity for the students who are taking that class, who might otherwise feel that there’s not necessarily a lot going on that directly intersects with their studies, and yet, here is this lecture […] a perfect way to take little bits and pieces that we’ve heard in class and apply them in a new context.”