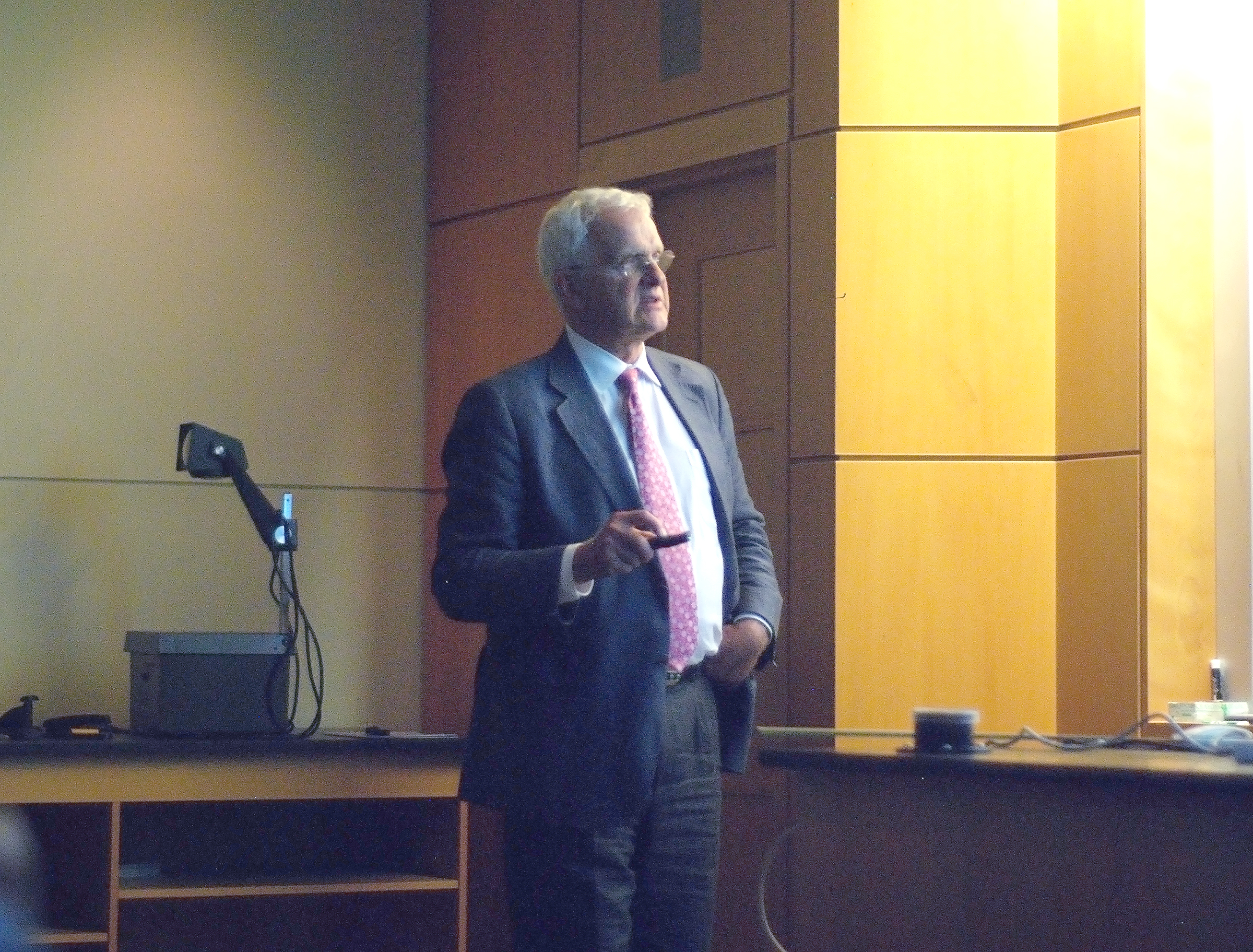 On Monday, Oct. 12, the Phi Beta Kappa Visiting Scholar David Campbell gave a lecture titled “The Fermi-Pasta Ulam (FPU) Problem and The Birth of Non-linear Science.” The lecture took place at 7:30 p.m. in Steitz Hall, and was open to the community. It was one of the two lectures that are part of the Phi Beta Kappa Visiting Scholars Program. The second lecture was given Tuesday, Oct. 13.

The lecture was sponsored by Phi Beta Kappa, a national liberal arts honors society. The program, according to their website, was established in 1956 to “contribute to the intellectual life of the campus by making possible an exchange of ideas between the Visiting Scholars and the resident faculty and students.”

The program brings a visiting scholar to a college for two days to engage in the college’s academic life. This includes meeting with students and faculty, and engaging in classroom activities. Visiting scholars also give a lecture open to the academic community and a lecture open to the public. As one of the 283 campuses that have a chapter of Phi Beta Kappa, Lawrence University was selected to participate in the program.

The visiting scholar, Campbell, is a professor of physics, electrical and computer engineering, materials science, and engineering at Boston University. His work centers on the field of nonlinear science, and he co-founded the Center for Nonlinear Studies at Los Alamos National Laboratory. Among other honors, in 2014, he received the Gauss Professorship of the Academy of Sciences in Göttingen.

He then went on to describe the history of the non-linear field of science. He explained the research of scientists Enrico Fermi, John Pasta, Stanislaw Ulam, and Mary Tsingou, and the questions that arose from their results. He also explained research in chaos, solitons and patterns that developed from their research. Additionally, Campbell noted ongoing research in non-linear systems ranging from development of tail patterns on zebrafish to electronic information storage and transport.

Associate Professor of Physics Douglas Martin, was eager to learn more about the history of mathematics and the application of computers in studying equations from the lecture. In addition, he hoped students would “be excited by the ideas of nonlinear dynamics and that at least a few [would] be excited enough to pursue the topic further.”

The lecture was open to all majors and members of the community. Martin said, “I hope this lecture reinforces the tradition of the liberal arts on campus; in particular, the notion that every subject taught at Lawrence is a component of the liberal arts.”