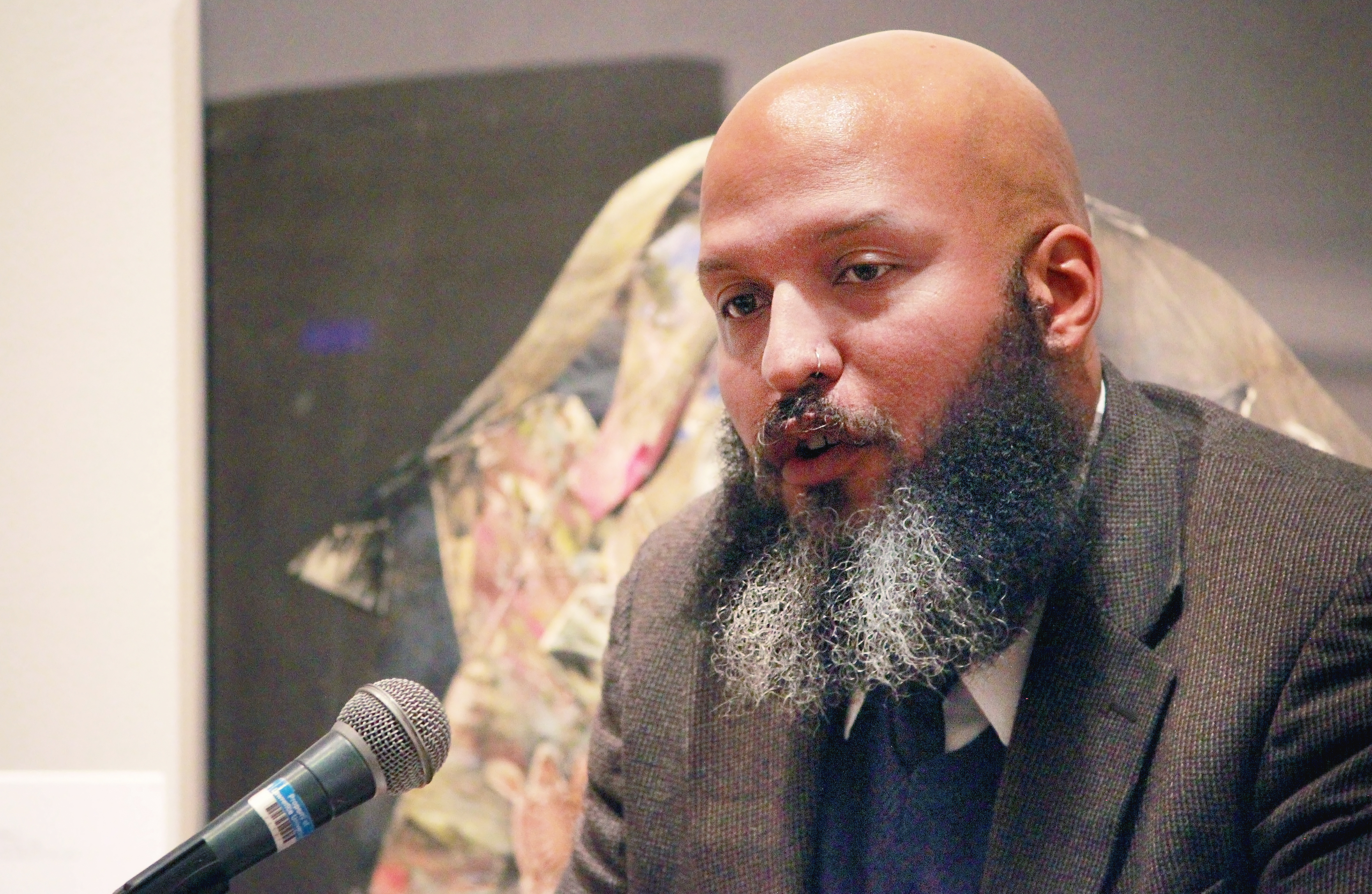 This past Monday, Oct. 12, Lawrence University set up, “An Evening of Poetry with John Murillo” in Wriston Art Center, sponsored by the Mia Paul Poetry Fund. Murillo is the author of “Up Jump The Boogie,” a collection of poems that is currently being taught both in Assistant Professor of English Melissa Range’s Creative Poetry course and Bonnie Glidden Buchanan Professor of English Literature and Associate Professor of English Timothy Spurgin’s Literary Analysis course this term. “Up Jump The Boogie” was published in 2010 and a finalist for the Kate Tufts Discovery Award and up for the PEN Open Book Award.

Murillo was born in Los Angeles, and educated at Howard University in Washington, D.C. and New York University (NYU). He currently teaches at NYU and Hampshire College, and has become a revered poet over the past couple decades with honors including a Pushcart Prize, fellowships from the National Endowment for the Arts, the Fine Arts Work Center in Provincetown, Mass., the Wisconsin Institute of Creative Writing and two Larry Neal Writers Awards.

During Monday night’s reading, he recited nine poems in total, four of which are featured in “Up Jump The Boogie.” He encouraged his audience to be active when receiving his words, saying if they liked a particular line or verse, they should let him know with “grunts and snaps,” as he put it while laughing. He engaged the audience at every break between poems, comically reminiscing about past experiences in his life and poking fun at the boredom that is often associated with poetry readings. According to Murillo, he does not identify as a spoken word poet, but his lyrical pattern is influenced by hip-hop and rap music. During his reading, he referenced his experiences playing basketball while growing up and how that has helped shape him into the individual he is today.

During the question and answer portion after his readings, Murillo answered many questions, varying from his personal maturation as a poet to where he draws influences to when first started writing. When asked how he prepares himself to write a poem, Murillo said he often reads before writing, or he practices different literary styles and techniques in order to sharpen his process and the development of his poetry. He also shared that often, he writes words on paper while vocalizing them at the same time in order to perfect his word choice and align the syllable placement down to each consonant and vowel. After the session, he stayed in Wriston to sign books and talk with some of the students studying his material.