Athlete of the Week: Ryan Berkley

The Lawrentian Staff·
Athletes of the WeekSports
·October 30, 2015·2 min read 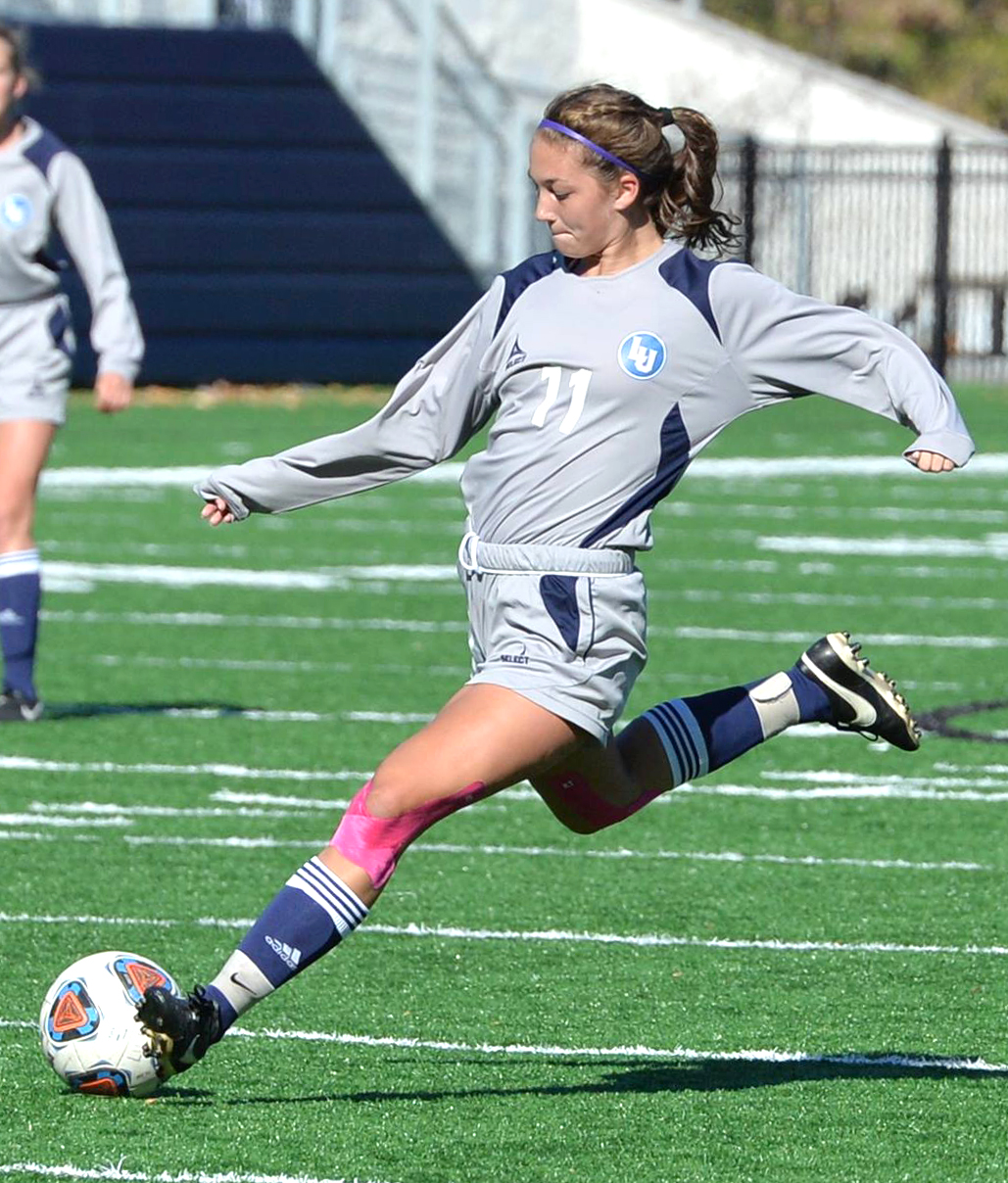 This week, I sat down with sophomore Ryan Berkley of the women’s soccer team. Berkley has filled the stat sheet this season, leading the team in goals (8), assists (6), points (22), shots (76) and shots-on-goal (42). She was also featured this past week as part of the Midwest Conference’s Student-Athlete Spotlight series.

Gabe Chapman: You’ve had a great season, leading the team in a lot of offensive categories. What’s helped you have such a big impact on the team this year?

Ryan Berkley: I think it’s because last year I was more focused on getting to play as a freshman and I was overly excited and didn’t think about anything. And then, coming into this year, I really wanted the opportunity to be a leader on the team, and since I had the experience I focused on just doing whatever I could to help the team out. Whether that means scoring or assisting – – just whatever I need to do.

GC: What’s the biggest contribution you bring to the team?

RB: I think I bring a lot of energy to the team. I’m very competitive and I think that sometimes in Division III [soccer] you can just get excited about playing, but I think I try to push everyone to want to win just as much as I do. So, attacking-wise on the field, I’m always trying to get people to come with me and do what we need to do to score.

GC: How do you think this season has gone compared to your freshman year?

RB: I think it’s gone a lot better. We’re more focused on our goal. Last year, we were just playing to play. Now we’re trying get a top four spot [in the conference]. We aren’t quite there yet and we need some teams to lose, but everyone is focused on getting there and playing for each other and not so much for themselves. I think that’s probably because we’ve got a lot of seniors on the team and they want the season to end well, and they’re pushing everyone who’s younger than them to play for everyone else on the team.

GC: How did it feel to be featured as a student-athlete on the Midwest Conference website?

RB: It was really cool. Coach picked someone who [she] [thought] would be a good spokesperson for the program at the time and it was really nice that she recognized me for that. I like other people becoming aware of me because I always want to be known as a threat to the other teams. Even stuff like that gets my name out there.

GC: Going off of that, how do you balance the Lawrence workload with soccer?

RB: I don’t really do anything besides soccer – – especially in the fall. I’m a member of the Alpha Zeta chapter of Delta Gamma, but other than that my focus is either on soccer or school. I don’t plan a lot outside of that so I can get everything done.

GC: So it’s never been an issue trying to balance those things?

RB: It’s generally an issue when we have away games, so if we’re gone for an entire weekend and travelling where Wi-Fi on the bus isn’t good or you have a paper to finish. That’s difficult, but you just have to work during the week or talk to your teachers about extensions.

GC: What do you guys do to celebrate after a big win?

RB: Usually, we go into the locker room and play music really loud. Then we just jump around and sing. It’ll happen before and after games just to get us pumped up or when it’s exciting to celebrate.