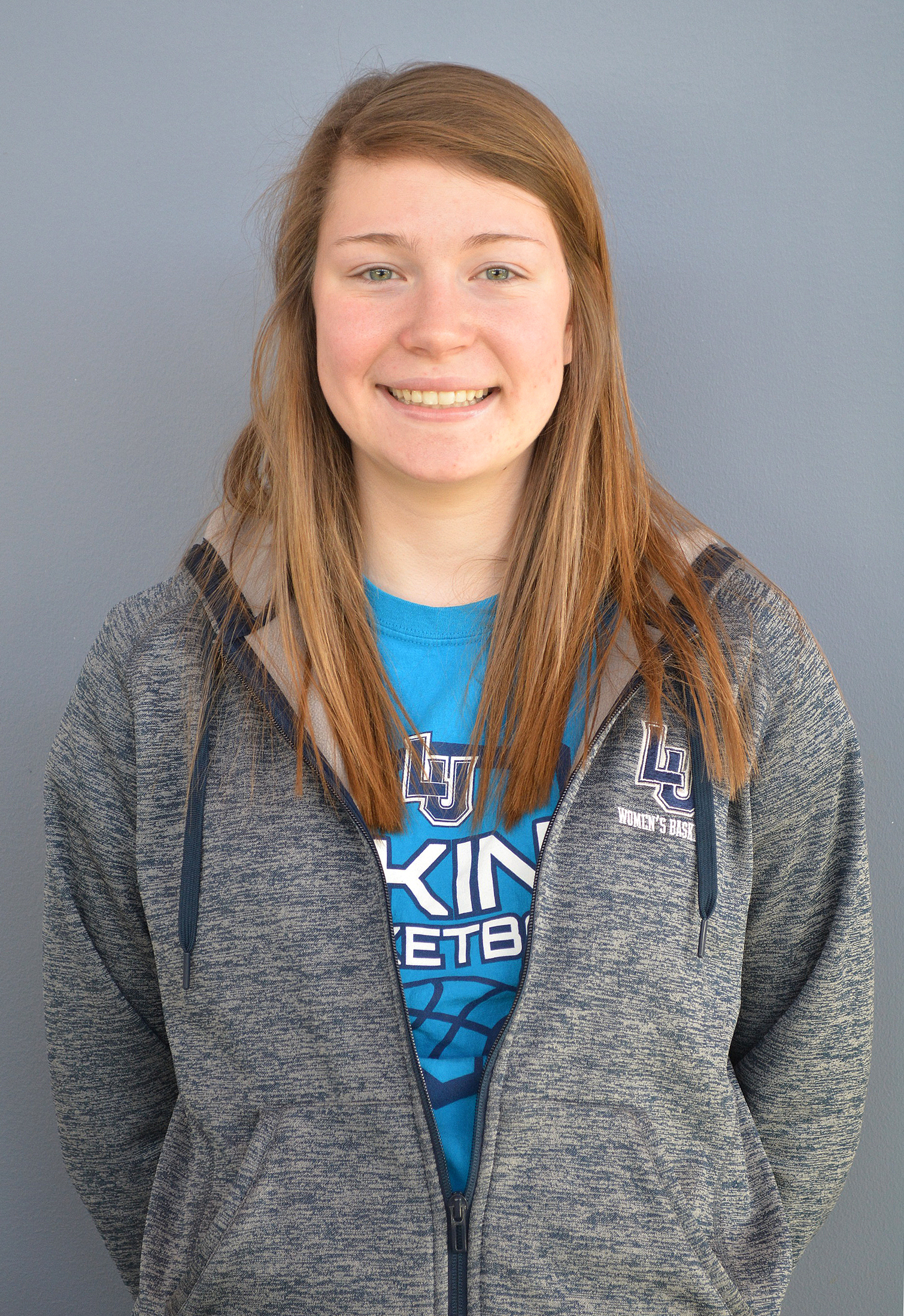 Leah Reeves is a freshman forward for the Lawrence University (Vikings) Women’s Basketball team. She has played in all 14 of the Vikings’ games, and contributes around 12 minutes of court time per contest. Reeves also averages 3 rebounds per game, good for fifth-best on the team, and has accumulated 12 successful shots for the team.

So, where are you from, and what drew you to Lawrence?

I’m from Lisle, Ill. I came on a visit, and I met all of the basketball girls, toured campus. Although I didn’t really know about the school, after my visit, I thought “I’m going to this school.”

How do you keep yourself focused when you are getting ready during the week, having to share the court with the men’s team?

In Fall Term, it was way worse with the volleyball team sharing the court, too. On Tuesdays and Thursdays, we have late practices, and the men take Monday, Wednesday, and Friday for late practices. So it’s nice to have a schedule. To stay focused, we do a lot of talking to make sure that we’re all on the same page.

Is there anything you do in your spare time that you think helps with your play?

I watch a lot of films. I also have basketball conversations with my dad all the time, whether it’s about the last game I was in, or the next team we’re playing.

As a freshman, coming in and meeting such a wide variety of people from so many different backgrounds and experiences has been really fun for me. I went to a really small high school.

The easiest thing is getting along with all of my teammates. We gel really well on and off the court. The hardest part is having all of the team put in so much work, so many minutes into practices, and it just comes up short sometimes.

It’s overall a lot more welcoming. People are way more educated and willing to learn and to experience new things.

They’ve definitely answered a lot of questions, even before I came to Lawrence in the fall. They’re also a really good support group. For example, if I’m unsure about a class or a professor and I need help, they’re always there for me.

Over the past few seasons, the Lawrence Women’s Basketball program has been mired in a bit of a funk. How do you plan to help turn this around? What do you bring to this team that could help with that?

I think the biggest thing is that, we haven’t won in so long, we kind of are playing to not lose instead of playing to win. We are playing like we’re afraid to make mistakes, and I think we need to play a little more aggressive. I believe I’m good at motivating people, and I think if we have a lot of people that are able to keep their teammates up, we can turn this program around.