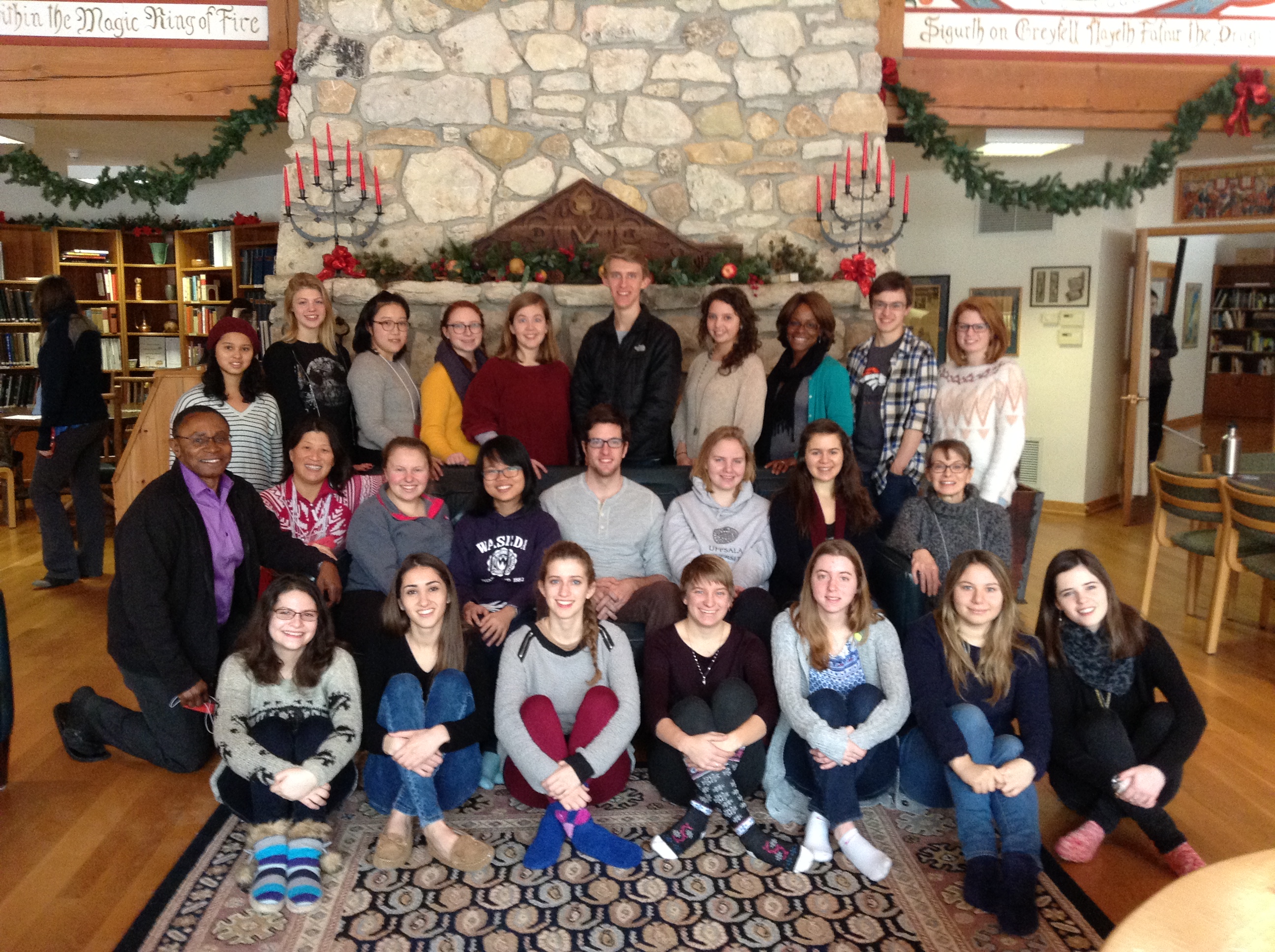 Last weekend, the French, Russian, Japanese and German departments went to Bjorklünden for Language Immersion Weekend. Each group participated in different activities and then came together on Sunday night to celebrate the different cultures represented.

Freshman Quishan Liu is in French (FREN) 202. She has been speaking French since high school and has been continuing at Lawrence. Liu chose to speak French because she considers it a beautiful language and she likes French movies like “Amelie.” She says that by attending the weekend, she has “improved her ability to speak French and feel[s] more confident to speak it in class.” She says it is also an opportunity to “meet more people while still speaking the language.” She advises students to experience the immersion at least once “because it is a good opportunity to practice the language and improve in your vocabulary.”

Junior Lief Olsen is in Russian (RUSS) 212. He heard about this experience his freshman year. He did not understand how hard Russian was until he took it, but he likes the challenge. According to Olsen, “It is a really humbling experience because every day, you find out you do not know as much as you think you know. Russian is good because it keeps you on your toes.” Olsen does not particularly like the food at Bjorklünden, but he does like the Russian cakes and candies. He says the best way to learn a language is “take chances, step outside of yourself [and] make mistakes.”

Freshman Tobin Carlson is in Japanese (CHJA) 200. Her sister introduced her to the Japanese language through anime. Carlson studied abroad her junior year of high school and aspires to travel, work and visit family in Japan one day. She enjoyed performing the skit in Bjorklünden. She played Momotaro or Peach Child in “Momotaro.” She also enjoyed spending time with exchange students from Waseda University. Carlson says learning any language “is really hard and frustrating but very rewarding when you are able to write a paper in your language or be able to understand a conversation. You are just like ‘wow I understand that!’ It is the best feeling in the world.”

Freshman Luke Payne is in German (GER) 285. His favorite part was doing skits and playing the evil queen in “Snow White,” which helped him come out of his shell. In middle school, Payne took three months of Spanish, Chinese and German, and studied abroad in Austria his senior year. He likes German the best, and hopes to continue studying the language and culture. His advice for students studying a world language is to “take it slow, because it is hard at first. Listen to music, find Youtubers you like, make it part of your daily life.” He says going to the weekend is an opportunity to speak German and a fun experience.

Last weekend, the French, Russian, Japanese and German departments went to Bjorklünden for Language Immersion Weekend. Each group participated in different activities and then came together on Sunday night to celebrate the different cultures represented. The Japanese students performed a skit version of “Momotaro,” a piece of popular Japanese folklore. The Russian students performed the…