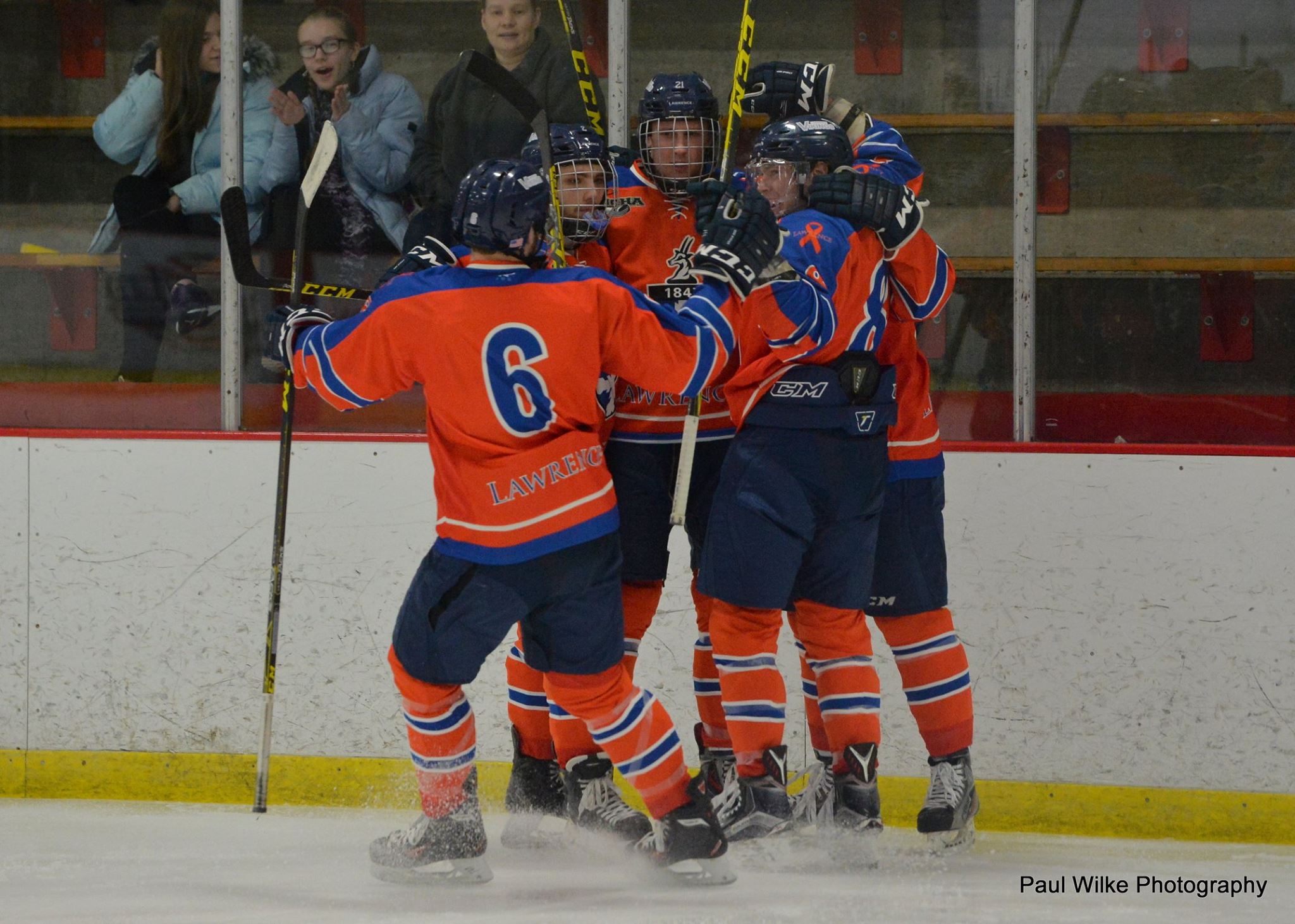 On Friday, Jan. 22, the Saints took to the ice in Appleton and lit the lamp within the first few minutes. Once the Vikings got warmed up, they successfully held Scholastica off for the rest of the period. The second period started with a similar burst from the Saints, who scored two goals in the first two minutes to widen their lead to 3-0. Senior Matt Moore responded just before the 10 minute mark with a Viking goal off assists from fellow seniors Brandon Boelter and Renato Engler, bringing the score to 3-1 at the second intermission.

The Saints opened the third period in a consistent fashion, scoring their fourth goal 1:18 into the period and adding a fifth at 7:12. Moore tallied the second Lawrence goal at 10:51, but the Vikings were unable to capitalize on any more opportunities. Scholastica slipped one final goal in less than 30 seconds from the final buzzer to bring the final score to 6-2. Junior goaltender Mattias Soderqvist made 37 saves for the Vikings to the Saints’ 28 saves. However, Scholastica outshot Lawrence 43-30.

The teams continued the series Saturday afternoon, and the Vikings returned to the ice refocused and determined to stand their ground. Despite the only first period goal going to the Saints at 4:55, Lawrence’s performance looked improved from the previous night. The tenacious Vikings received several power play opportunities in the second, but were unable to find the back of the net.

Lawrence held off the Saints for the entirety of the second period, but started the third on the penalty kill and suffered for it; Scholastica added a power play goal 14 seconds into the final period. The Vikings continued to battle and were finally rewarded in the last few minutes of the game, when sophomore Lane King’s shot found the net to cut the Saints lead to 2-1. Boelter and Engler were credited with assists.

The Vikings pulled Soderqvist in the last minute in an attempt to tie the game and send it to overtime, but Scholastica managed to snatch the puck and send it into Lawrence’s empty net, bringing the final score to 3-1. Soderqvist recorded 31 saves on Saturday to Scholastica’s 28, and the Viking squad kept pace offensively, launching 29 shots to the Saints’ 34.

This weekend the Vikings travel to Adrian, Mich., to take on the number one ranked Bulldogs (15-2-1, 11-2-1 NCHA South Division). Adrian is coming off an intense series against number two St. Norbert College (14-2-1, 10-2-0 NCHA North Division), the first game of which the Bulldogs took 5-4 and the second of which went to the Knights 2-1. Lawrence’s series against the Bulldogs begins at 7 p.m. (EST) on Friday, Jan. 29, and concludes at 3 p.m. on Saturday.