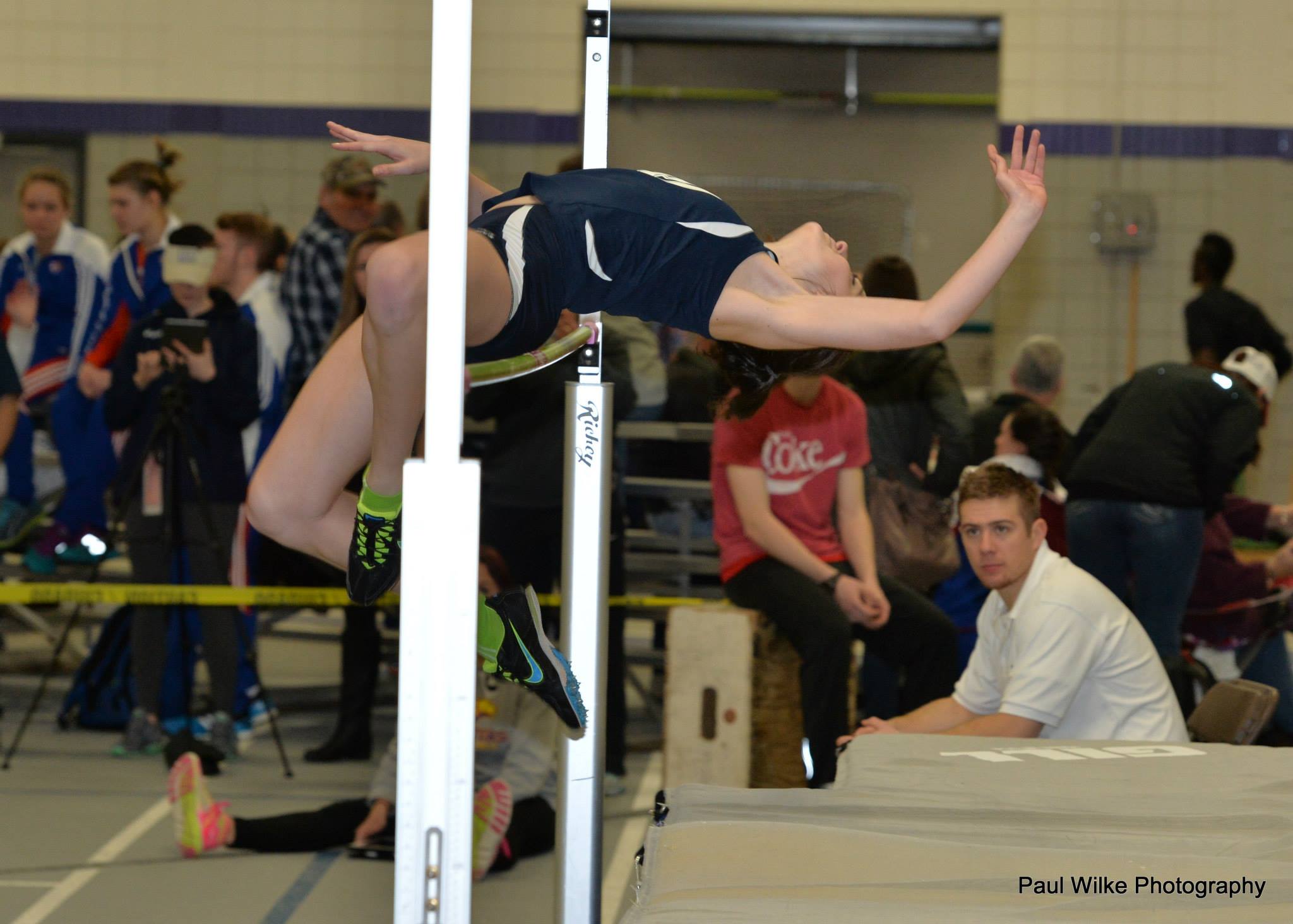 This week, I sat down with sophomore Sage Greenlee of the Lawrence University Women’s Track & Field Team. Greenlee recently placed second in the high jump at the University of Wisconsin-Oshkosh Triangular on Jan. 15 with a height of 5 feet, 3 inches—a personal best for Greenlee that ranked her nationally with the top Division III athletes.

Gabe Chapman: Tell me about your season so far.

Sage Greenlee: Well, we did our fall preseason for seven weeks and that was pretty difficult because of the workouts. It hasn’t been too bad coming back, but I was feeling a little nervous coming into the season because we don’t have an indoor facility. We had our first meet at UW-Oshkosh, which is a triangular with us, UW-Oshkosh and Ripon College. I jumped really well—I had a six-centimeter personal record and got nationally ranked for that, which is huge because we haven’t had anyone go to nationals in quite a few years. So, my goal for the season now is to do that. And I’m now seeded first in our conference, which is also super cool. For me it was just kind of an unexpected turn.

GC: What’s it like being the only female high jumper on the team? Is it harder to train?

SG: It’s not necessarily harder to train because I have two guys to work with, but when it comes down to meets, it definitely is different because when I was in high school, I always had one or two girls who were there. I think mentally that is a pretty big deal because then you have someone to talk to when you’re nervous. So that’s when I notice because the boys will be off doing their own stuff, while I’m actually high jumping. But as far as training and stuff it’s not that different.

GC: How did you get into high jumping?

SG: I started when I was in seventh grade, we had a track and field physical education day and I remember our teacher showed us the high jump and I thought I could be really good at this. She had us jumping off our right feet but I didn’t think that felt quite right, so I tried going off the left and was fairly successful, so I continued through middle school and high school.

GC: When you looked at Lawrence, was the track & field program part of your decision?

SG: Actually, yeah it was, because obviously the program is still in the process of improving, but when I came to visit I did an overnight stay with the track team and the people I met made me realize that this was where I wanted to be and whom I wanted to be with. I had never really considered continuing to do track in my collegiate career, but it seemed like a really awesome opportunity.

GC: Do you think you’ll be able to continue competing at the level you reached at the past meet?

SG: I don’t think I will improve that much each week, just because six-centimeters is very difficult to repeat. However I think with the way things are going so far this season I should be able to keep it up. Even if I don’t improve this season, nationally I’ll still be ranked in the top thirty-four and that qualifies as Academic All-American, but what I’m looking forward to right now is just staying competitive within the conference. I think if I do that I’ll stay competitive nationally too because we have such a good high jumping conference.

GC: What is your rank nationally?

SG: I’m 23rd in the nation amongst Division III schools. It’s super exciting because this is the first time it’s happened in like three years for our team.

GC: When you compete against other high jumpers what do you do to get into the zone?

SG: I’m a very ritualistic person, so I have a routine that I do where I try not to talk to anybody before I compete, and I put on my headphones when I do my warm-ups and run-throughs. I always listen to the same song over and over before I jump. For me a huge part of it is mental competition, so going against girls who are at a high level like at UW-Oshkosh helps me stay competitive and makes me want to jump higher.

GC: What song do you listen to?

SG: “Bohemian Rhapsody” by Queen. Last year when we were on our way to outdoor conference in Spring Term, someone put it on for me and I was rocking out, so ever since then it has kept me going.

This week, I sat down with sophomore Sage Greenlee of the Lawrence University Women’s Track & Field Team. Greenlee recently placed second in the high jump at the University of Wisconsin-Oshkosh Triangular on Jan. 15 with a height of 5 feet, 3 inches—a personal best for Greenlee that ranked her nationally with the top Division…