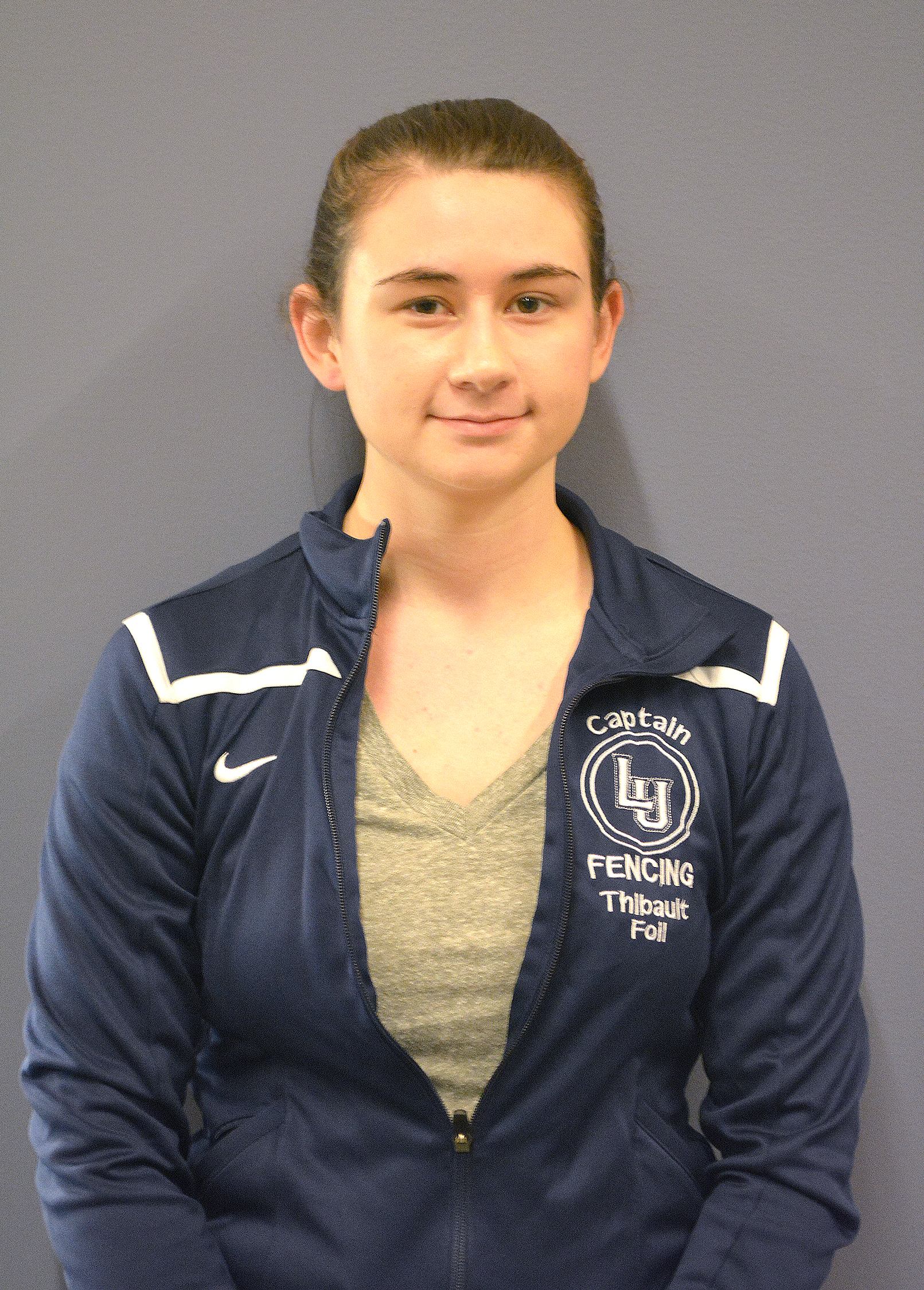 This week, I sat down with senior and Lawrence University Fencing Team Captain Kali Thibault to discuss the upcoming season, her role as captain and her love of fencing.

Gabe Chapman: What are you looking forward to this season?

Kali Thibault: I guess seeing the accumulation of all of my hard work and the time that I’ve put in the past four years to see the growth that I’ve made from freshman year to this time. A lot of the people I fence are the same, so it’s a clear indicator of my progress.

GC: How did you become captain of the team?

KT: I was voted in last year because there were no senior women, and then I just continued into this year.

GC: Do you like being a captain and having an added sense of responsibility?

KT: There are definitely bonuses about it—I really enjoy helping people and making sure that they feel happy about being on the team and that they are growing in the ways they should. The team has started calling me the fearless leader this year, so that’s kind of nice. But it is a lot of added responsibility and sometimes it can be a lot, but I don’t know if I would change it for anything else.

GC: How do you think the team did at the Northwestern University Duels this past week?

KT: We did very well giving the circumstances. We fenced against the best of the best in the country – – teams that have Olympians and world champions – – and we’re just a small liberal arts college in Wisconsin, but we still won a lot of bouts and even the hardest schools worked for each touch, so I’m really proud of everybody’s performance.

GC: How are you going to build off of that meet?

KT: We definitely learned a lot. You learn a lot from fencing really good fencers and you realize where the holes in your performance are, and you’re able patch them up in practice and we’ll be working on a lot of specific things in the coming weeks for the next tournament.

GC: How did you get into fencing?

KT: I read a lot of fantasy books about knights and I really wanted to try that. I looked up fencing clubs in my hometown and I got really into it before I realized that it was nothing like what I read in the books, but by then I was already hooked.

GC: So what’s next for you guys this year as a team?

GC: Would you rather compete against fencers who are much better than you, or does it give you an added sense of confidence if you’re the team to beat?

GC: What are you looking to accomplish personally this year?

KT: I would really like to get forth at conference as a team, and I would like to make the top twelve individually for regionals.