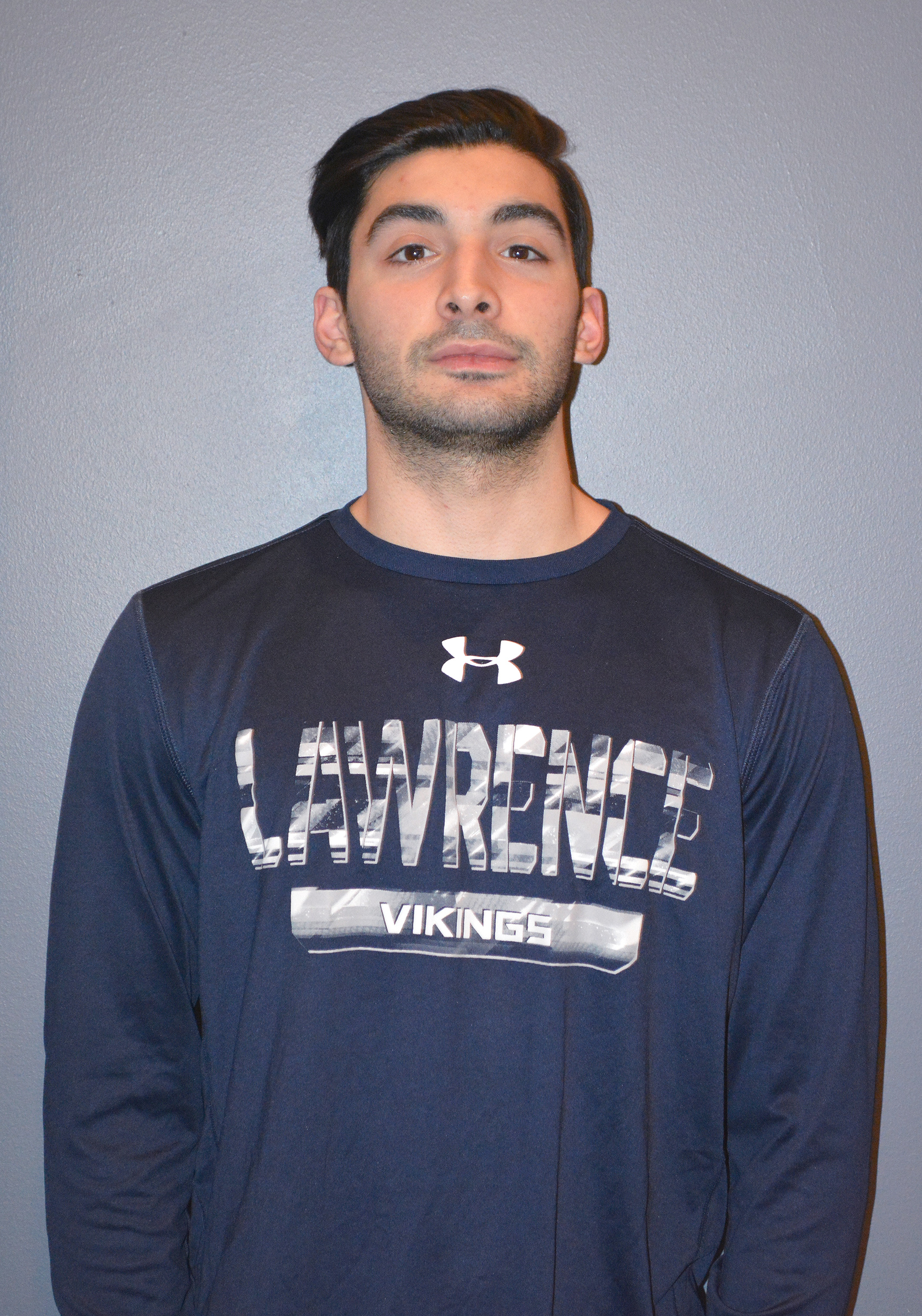 Greg Procopio, a freshman goaltender for the Lawrence University Men’s Hockey team, has shown real promise and improvement over the season. Seeing action against some top programs, including University of Wisconsin Eau Claire and St. Norbert College, Procopio has compiled a 0.835 save percentage, but unfortunately has not tallied a win yet. With his natural talent and his studying under the experienced senior goaltender Mattias Soderqvist, Lawrence will have a tough goaltender for years to come.

So, where are you from, and what drew you to Lawrence?

I am from Philadelphia, Pa. Mostly hockey drew me here. Originally, I was at Pennsylvania State University (Penn State) and I didn’t really like the big college atmosphere. I really like the small, personalized education I’m getting here at Lawrence.

How do you keep yourself focused before you get in the net? Do you have any pre-game rituals?

I stick to a strict schedule. I get my work done early, so I have time to focus. My pre-game rituals, I don’t really have any, but I do like to lay in bed the night before a game, and kind of play it in my head, so that when I get out there and actually start playing, it’s like second nature.

Is there anything you do in your spare time that you think helps with your performance?

I do yoga. I know it’s kind of weird, but for a goalie, you kind of have to. I also like to play basketball. It’s important to get away from the rink and do things other than hockey to continue to stay in shape and stay sharp.

I enjoy the community here. Everybody is close, you see a lot of the same people often, and you become friends. It’s a very close-knit world here.

Penn State was huge. You’re in class with 100 kids, so you don’t get a connection with the professor. It’s also harder to get close with people at a place like that, whereas at Lawrence, you interact one on one with your professors and close groups of friends.

You could meet somebody at Penn State and not see them for a month. Lawrence reminds me of the prep school I went to, so this was a very easy transition for me.

They guide you as far as courses and professors. One of my teammates has the same major as me, so he’s like my mentor. Hockey-wise, the guys are really supportive, and we’re very close. Everybody’s supportive on and off the ice.

Over the past few seasons, the Lawrence Hockey team has had its ups and downs. What do you think you bring to this team to help make sure the team stays up?

Me, being the goalie, it’s a difficult position, especially because we have a junior starter in Mattias(Soderqvist). I like to bring a positive work ethic, work my butt off and do whatever I can to help the boys win.

The sky’s the limit. We plan on bringing in a good recruiting class next year. Coach Skodzinski has constructed a great program, and I think we’re prepared to be a great competitor in the conference. I see us being one of the top teams by next year, or the year after.

So, being goalie, it’s a big position, especially for a freshman. It must be a little intimidating, being expected to fill in for Mattias Soderqvist at times, is it not?

It is. I knew the situation going in, but that being said, they needed a guy to fill his shoes when the time comes. Being close with Mattias has really been helpful.

Greg Procopio, a freshman goaltender for the Lawrence University Men’s Hockey team, has shown real promise and improvement over the season. Seeing action against some top programs, including University of Wisconsin Eau Claire and St. Norbert College, Procopio has compiled a 0.835 save percentage, but unfortunately has not tallied a win yet. With his natural…