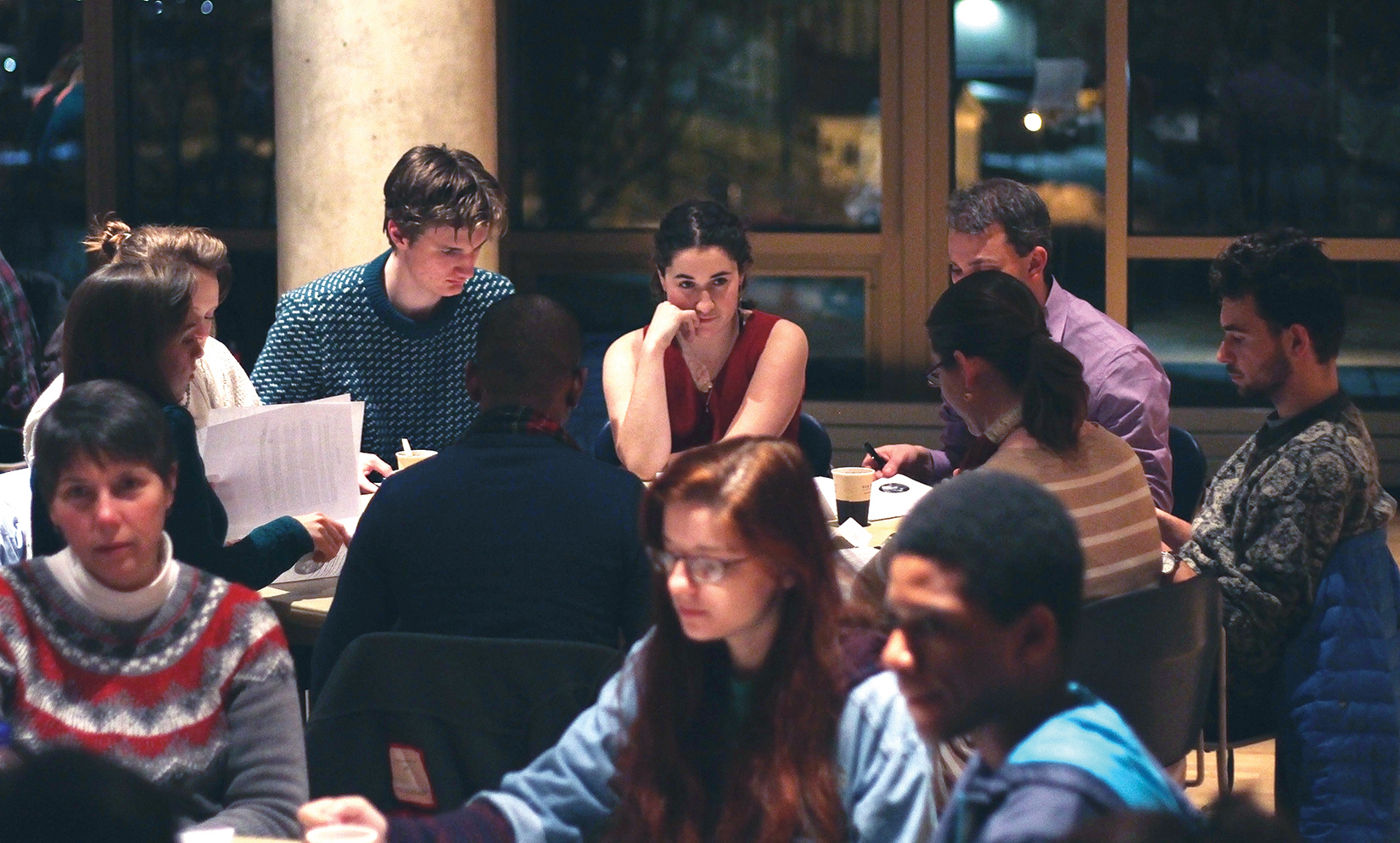 Students, staff, and faculty alike engaged in a dialogue about how individuals can best act as allies for marginalized groups at Wednesday’s allyship summit, a workshop hosted by Lawrentians for Enhancing Diversity in the Sciences (L.E.D.S.).

The event was the third ever hosted by L.E.D.S., a relatively new organization on campus consisting of both faculty and student members. The hybrid group was founded last May following a Posse Plus retreat that Professors of Biology Bart De Stasio and Beth De Stasio were invited to attend as guests.

“During that weekend, some of the students that we talked to just over lunch started relating some stories of things that happened to them in classes that they felt uncomfortable about,” recalled Bart De Stasio.

Upon hearing the experiences of students, Bart De Stasio approached students about continuing the conversation after the retreat. “The students just ran with [the idea] and said, well we should do more than just that, we should have a group that really focuses on trying to address diversity issues in the sciences,” added De Stasio.

While a lot of the students initially involved in the group’s founding graduated last spring, other members as well as new members continued the group. Junior and L.E.D.S. member Gustavo Figueroa, who is also a biology and environmental studies double major, was involved in outlining the group’s guidelines last spring.

Figueroa, who led the workshop due to his comfort and experience with the topic, described the decision to host a summit specifically on allyship. “During the meeting, we all collectively felt that allyship would be the best choice to start with because a lot of our members were part of non-marginalized groups. They wanted to help and provide some type of resource, but they didn’t know the best way to do so,” said Figeroa.

The event began with introductions by Figeroa and other members as well as a discussion about how to create a safe space for productive conversations. Designated facilitators then led groups of around 8 students, faculty and staff in a conversation about what it means to be an effective ally.

Before coming back together as a whole group, the small groups concluded their discussions by reading through and attempting to address specific scenarios between professors and students. De Stasio emphasized that these stories were anonymous accounts of incidents that have actually occurred in classrooms at Lawrence.

Several participants expressed appreciation for the specific examples, which helped them to better understand how to act as an ally in practice.

“The scenarios forced us to think about actual tangible actions that we can take rather than just wanting to be allies conceptually […] Being an ally shouldn’t be abstract, it requires action and awareness on a daily basis,” said freshman Rebecca Bernheimer, who attended the event. Figeuroa similarly highlighted the importance of thinking of ally as a verb and not a noun during the event.

Overall, both De Stasio and Figueroa were pleased with the event and the large turnout of approximately 70 individuals from all areas of campus. Figueroa expressed a desire for the continuation of conversations beyond such organized workshops. “It was great step forward, but it should not be the only step,” said Figeuroa.

The group plans to host another similar summit in the future on topics such as mental illness, trigger warnings, privilege and ableism.

While the group is currently focused on the sciences, this category was recently expanded to include social sciences, such as anthropology and psychology, in addition to the natural sciences. De Stasio noted the conservatory is currently considering a similar intiative and expressed hope that other departments would soon follow suit.