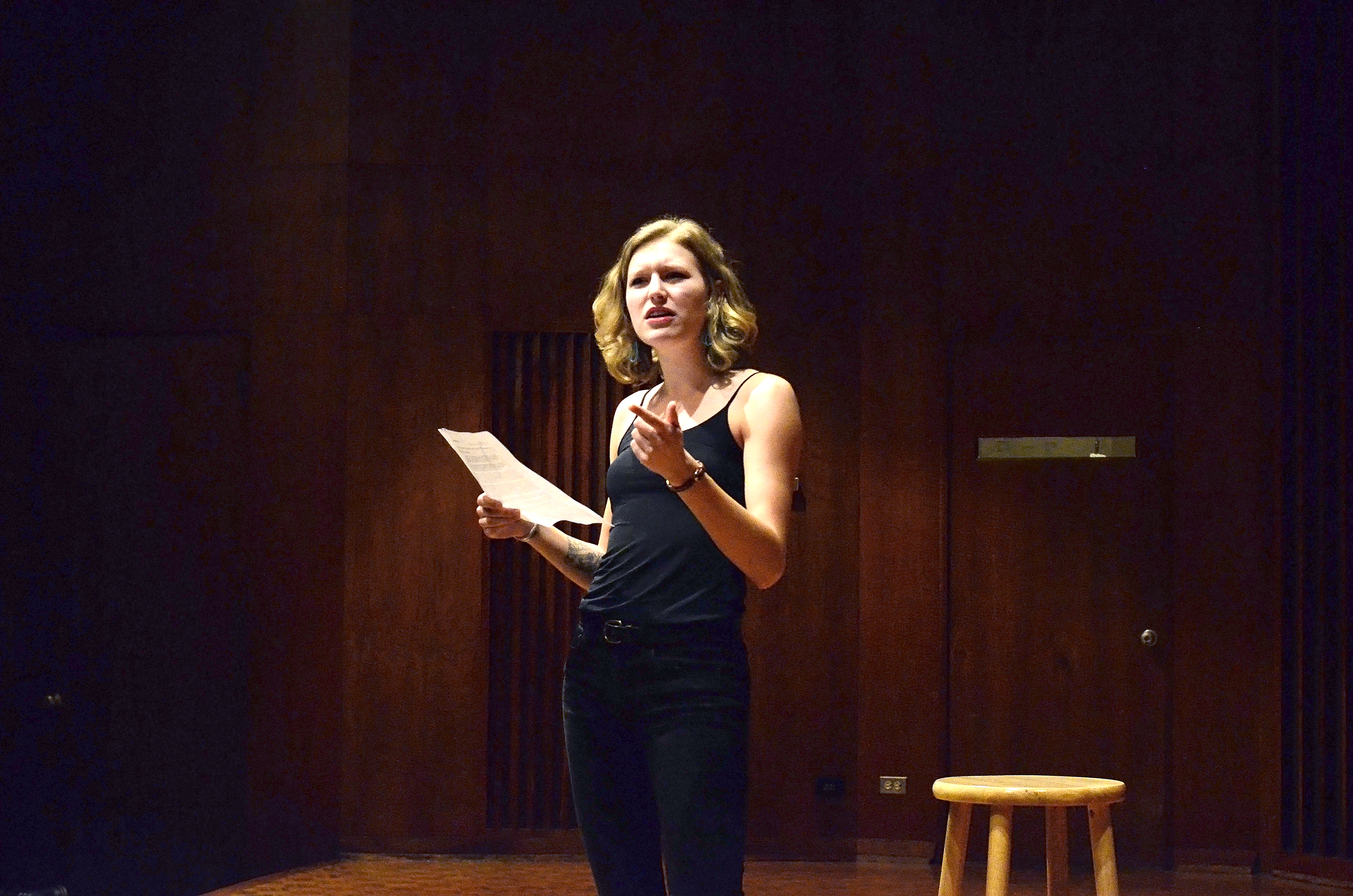 Eve Ensler’s “The Vagina Monologues” was performed by the Downer Feminist Council (DFC) on Friday, Feb. 19. It was the annual hour of anecdotes collected about vaginas.

Lecturer of Gender and Freshman Studies and faculty advisor to DFC Helen Boyd Kramer said, “‘The Vagina Monologues’ focuses on the core issue of body shame that women are taught, the misogyny that’s based on fear of and ignorance about women’s bodies. Being a feminist means being part of a movement to end oppression. For me, being a feminist means being engaged in social justice of many kinds.”

When it comes to the word “vagina,” the cast had different points of views. Sophomore and DFC President Shelby Johnson said, “When I hear the word ‘vagina,’ uncomfortable memories from seventh grade health class come to mind. It certainly isn’t a sexy word.”

Junior and DFC Vice President Allison Wray thinks of beauty, but also “the overwhelmingly negative culture we’ve built around vaginas and how that both saddens me and encourages me to promote body/vagina positivity in my life!”

Kramer said, “I hope the audience takes away the understanding that it is only recently we have started undoing the sexual shaming of women for having bodies at all, and that having a vagina doesn’t mean being a woman. That is, there are women who don’t have vaginas, and there are men who do. Genitals don’t equal gender, and sometimes this play makes it feel like they do.”

DFC hopes that the audience, especially those who identify as female, leave feeling empowered. The monologues were prefaced with an acknowledgement that the monologues included, originally performed in 1996, are not perfect and do not include all women in today’s society as far as race and gender are concerned. However, it is a starting off point for individuals who are not familiar with positive empowerment and validation of their own experiences.

The cast shared their thoughts in performing the monologues. “When I first read the script I was very intimidated and nervous. The script is funny, but it requires a lot of practice to do it justice. When I performed last year, it was incredibly empowering and gave me a lot of confidence in different spheres of my life,” said Johnson.

“I really enjoyed the script when I first read it and enjoyed it even more when performing,” said Wray, who is performing for her second year. “I think there certainly is an element of the monologues that comes to life when performed live,” she said.

“Reading the script is always fascinating, but when I get to perform the monologues I can connect with the words viscerally. In a way that feels uplifting and broadens my perspective. This is my third year participating in ‘The Vagina Monologues,’ and I’ve learned a lot each time,” added Shryer.

What did the cast learn from doing the Monologues?

Shryer said, “The monologues have helped me to foster feelings of self-love and empowerment. My affection for all women and their diverse experiences has increased in the process.”

Wray said, “I’ve learned that different casts create different and beautiful combinations of monologues and each individual brings their own personal experiences that impact their performances.”

Johnson says talking about vaginas is very fun “and we should do it more often.”

Johnson’s favorite monologue is “Because He Liked To Look at It.” It was not initially her favorite monologue, but it grew on her over time. “It really emphasizes the power of a single experience and how powerful it feels to love yourself.”

Wray said, “My favorite monologue to perform, even though it’s incredibly difficult, would probably be ‘My Vagina Was My Village.’ This year was my first time performing this monologue and I was drawn to it because of its beauty and intense emotion,” she said.

Eve Ensler’s “The Vagina Monologues” was performed by the Downer Feminist Council (DFC) on Friday, Feb. 19. It was the annual hour of anecdotes collected about vaginas. Lecturer of Gender and Freshman Studies and faculty advisor to DFC Helen Boyd Kramer said, “‘The Vagina Monologues’ focuses on the core issue of body shame that women…