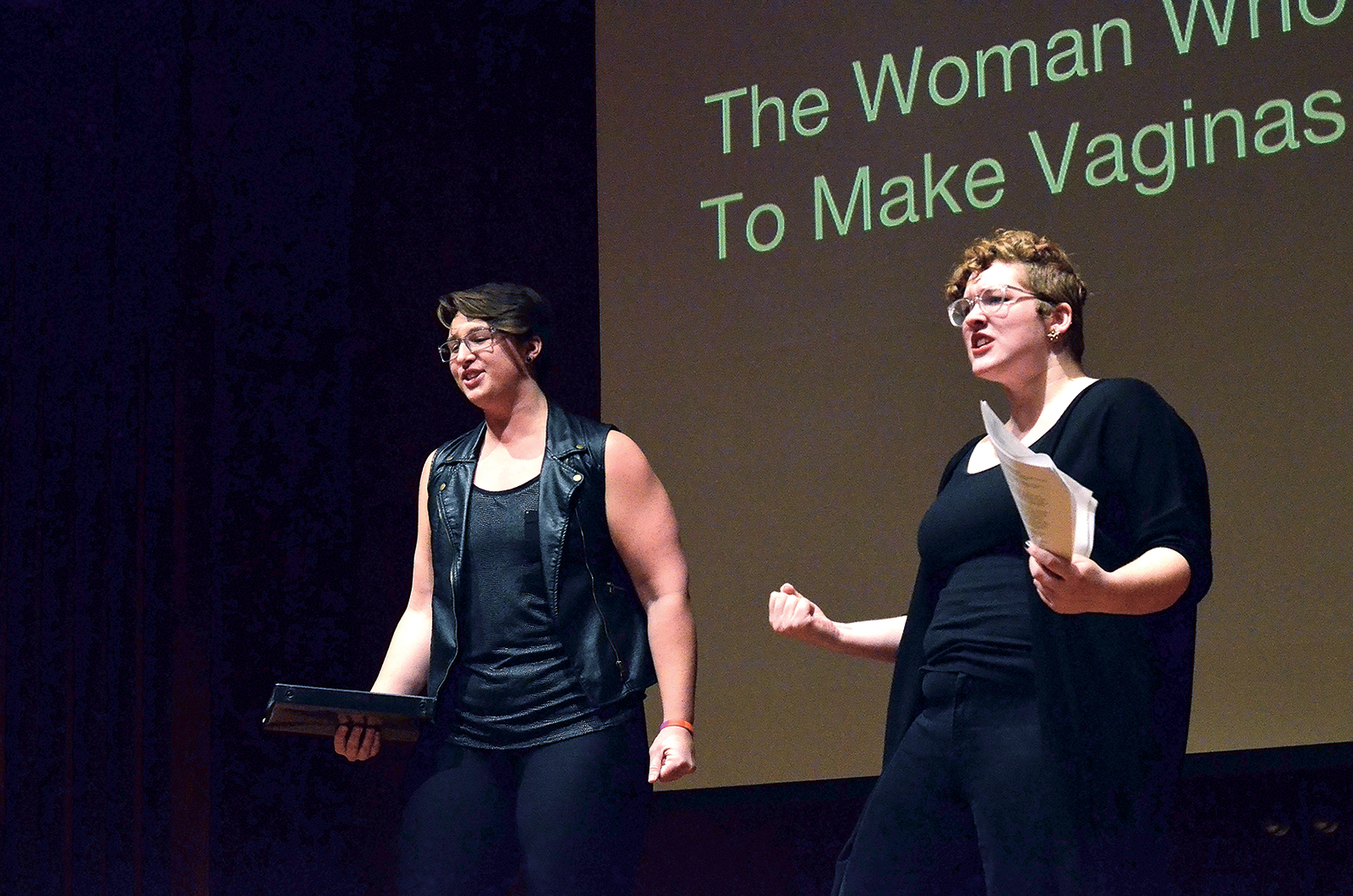 Senior Micayla Hutton has participated in “The Vagina Monologues” for two years now after seeing the show her sophomore year.

“It really struck me how little as a society we talk about vaginas. I felt like I really connected with a number of the monologues and decided that I wanted to help tell the stories of these women,” Hutton began.

Interestingly, the show began by emphasizing its shortcomings.

“‘The Vagina Monologues’ could be more inclusive and do a better job telling the stories of women of color and trans women,” said Hutton.

The stories range in their tone, ultimately aiming to create an open dialogue about the various manifestations of female sexuality.

“It was my first time seeing the show and I really liked it,” said Warwick. “I thought it was empowering and a really good way to normalize vaginas.”

Hutton believes that every audience member has a different experience when they see “The Vagina Monologues,” but that everyone can get something out of them.

“They’re funny, they’re poignant, they’re sad—I think audience members can connect with them on some level whether or not they have experienced the same things as the women in the monologues,” said Hutton.

Freshman Taylor Reifert agreed, emphasizing that being a male audience member did not phase him. As a manager of the softball team, Reifert went in support of softball player and performer in the show, senior Katie Schumacher.

“I had no idea what to expect. Obviously, vagina is in the title. But I thought it was funny and there were parts that really made you think,” said Reifert.

Sophomore Kori Looker also valued the comedy but namely enjoyed how blunt the show was.

“Outside of Lawrence, I feel that this show might have been differently received,” said Looker.

Looker and perhaps other audience members left Harper Hall on Friday night feeling less cautious about vaginas, which ultimately fulfills one of “The Vagina Monologues’” goals.

“Talking about vaginas helps to normalize them within our society,” concluded Hutton, “I think there are a lot of misconceptions about vaginas and having some real talk about them helps to debunk those ideas.”