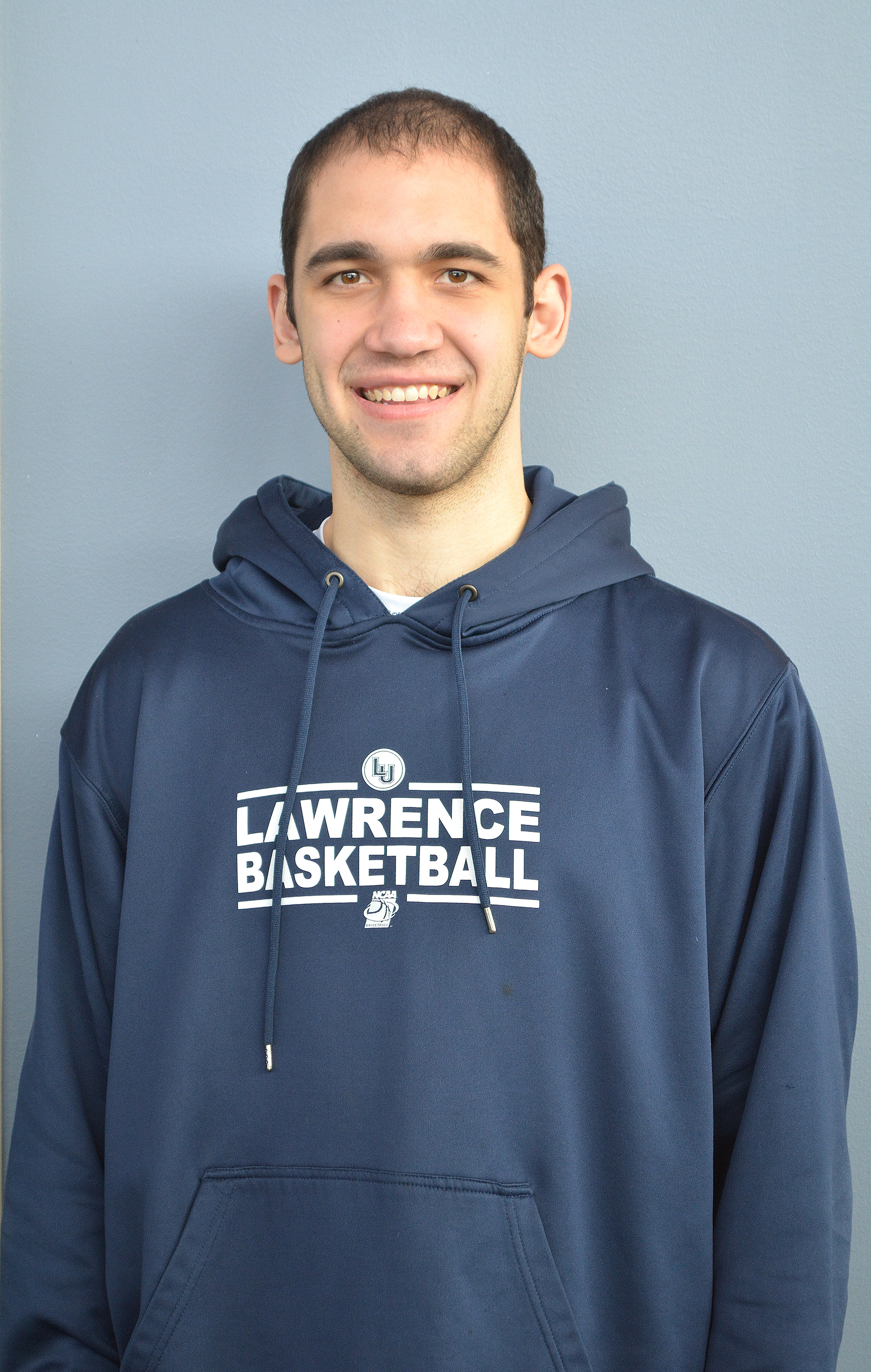 This week, I sat down with senior and guard Jamie Nikitas of the Lawrence University Men’s Basketball team to discuss his record-breaking Lawrence career. Nikitas finished his final season by being named to the All-Midwest Conference first team, after finishing second in the league and ninth in all of NCAA Division III in scoring at 25.1 points per game. In addition to being second in the league in scoring, he finished first in steals at 2.6 per game, shattered Lawrence’s single season scoring record with 577 points placing him fourth on the Lawrence all-time scoring list with 1,406 points and received multiple conference and divisional accolades—the most recent being named a finalist for the annual Josten Trophy.

Gabe Chapman: How does it feel to be done with your final season?

GC: Congratulations on the first-team All-Conference honors. That’s a big step up from being named to the second team last year.

JN: Yeah, thank you. It’s a pretty good group of guys in the conference, they’re talented basketball players. Playing against those guys and talking to them when we play, it’s a cool group to be a part of.

GC: What kind of relationship do you have with the other top players in the conference?

JN: When I’m on the court, I’m much more friendly than a lot of guys at this level, but I’ll have really good conversations with [Ripon College guard] Ty Sabin and [Beliot College guard-forward] Steve McAfee after we played Beloit [College]. I don’t think we’ll be friends for the rest of our lives or anything but it’s a competitive friendship and I respect them as players and I’m sure they respect me. It’s a pretty cool thing to be able to put my name with those guys.

GC: You had a lot of really good games this year. Which ones stand out?

JN: Yeah, the two that I think I’ll remember for a while are the 40-point game [against Carroll University] and the 35-point game against Illinois College where I broke 1,000 points for my career on our home court and we ended up winning the game. Those are probably my top two.

GC: How does it feel to be on the court and have the other team know that you’re the number one guy? Does that change your game plan?

JN: I don’t think so. I had a stretch in the beginning of the season where I scored 34, 34 and 35 points and at that point you kind of feel like, alright throw what you’ve got at me and let’s see what happens. I was playing with a lot of confidence, and I know my team had a lot of confidence in me and vice versa, I don’t really change anything I just go out and play. If they have an off game or stop me, kudos to them, but I’m just going to go out and play my game.

GC: Have you talked to John Dekker about breaking his single season scoring record?

JN: No. I saw him alumni weekend, but I don’t think I was past him by that point. There hasn’t been too much interaction about that. I did talk to Chris Siebert about passing him on the all-time list, but not too much to John [laughs].

GC: What’s the mindset of the team like right now?

JN: We think we can compete with anyone in the conference. The past four years we’ve always been right on the cusp of a conference tournament berth, and we talk every year about how we feel that we have the talent to take that next step. But I think the mindset now and going forward is, and should be, let’s go prove it. You can talk all you want, and set expectations and goals but at the end of the day you just have to go out and prove it.

GC: Is there anything you would like to see the team improve upon, such as recruiting or team chemistry?

JN: Well, we’ll need a lot more guys coming in. But we’re very close off the floor, and I think sometimes that prevents guys from criticizing or getting on their teammates, so making sure that when we’re talking to each other and when someone makes a mistake what is said is trying to make you better and it’s not personal. Taking and giving criticism better needs to keep improving.

GC: What are your plans for basketball after Lawrence?

JN: I think eventually I’d like to coach at the Division III level. In the near future, I’m going to explore playing overseas in Europe for maybe a year or two. My dad did it and he had a great experience and I know some guys who have gone and played. I actually got an email this morning from an agent walking me through the process of what I need to do and the different routes I can take to try to get a contract overseas. So, I’m going to explore that and we’ll see what happens.

This week, I sat down with senior and guard Jamie Nikitas of the Lawrence University Men’s Basketball team to discuss his record-breaking Lawrence career. Nikitas finished his final season by being named to the All-Midwest Conference first team, after finishing second in the league and ninth in all of NCAA Division III in scoring at…