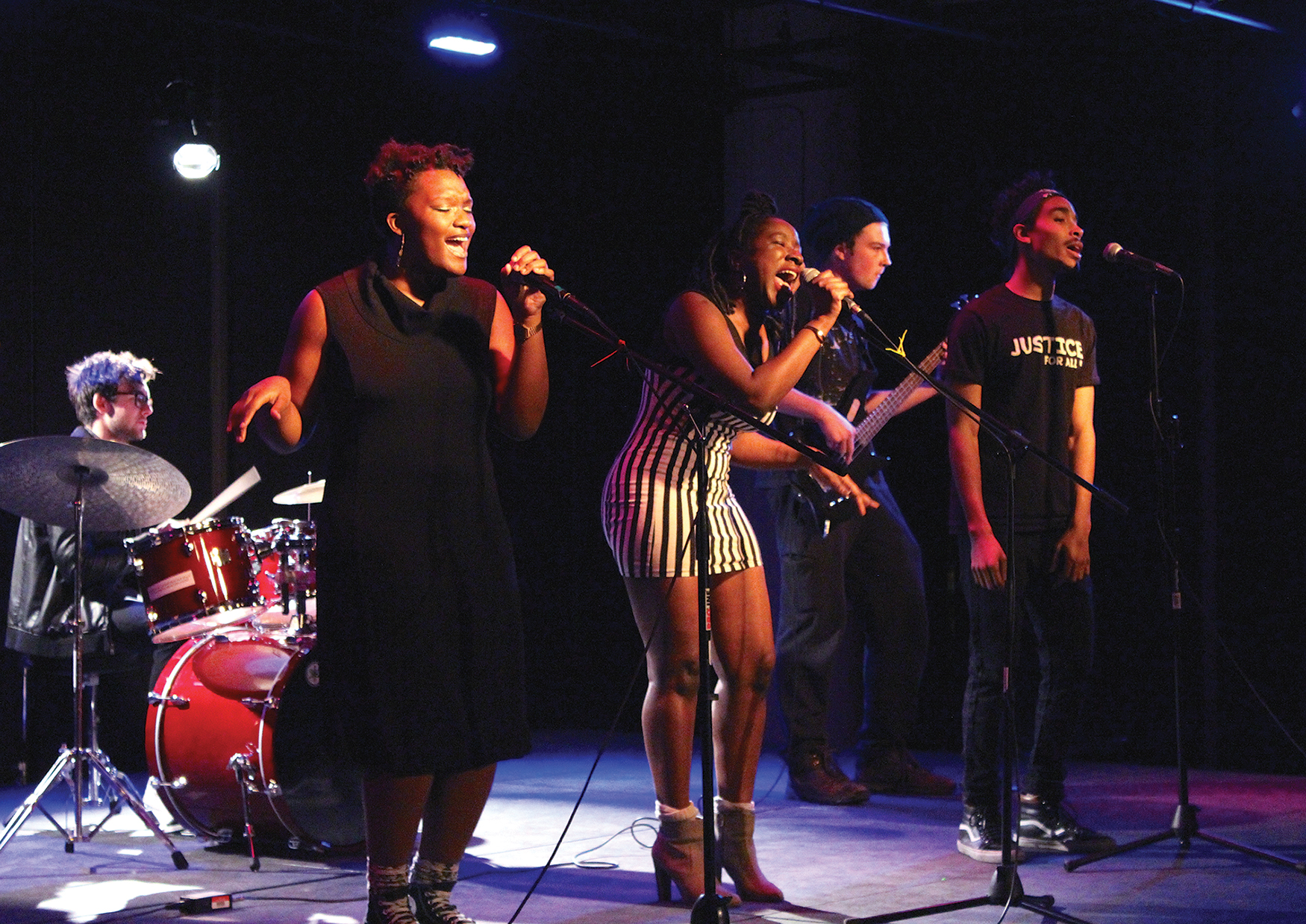 This year was sophomore Mauranda Owens’ second time singing in the show. “I love Black culture, and BSU are my family—it is just nice to perform with your family. And I just like to perform,” said Owens. Owens believed that the goal of the event was to “show off all the Black culture,” and she went on to say that, “ with everything that’s been happening, it is time for Black students, people of color and allies to all come together and just have a good time.”

“I was excited to see the great talent that the Cultural Expression[s performance] shows yearly. It is truly a part of Lawrence University just by the sheer number of people in the audience,” said senior Kenneth Herrera, who performed with dance group Massive Movement.

The show incorporated new elements this year, pertaining for the most part to historical aspects of Black culture.

“The archivist from the library was my favorite,” said freshman Chandra Jakle, commenting on the library’s display of the history of students of color here at Lawrence.

“I really liked how [this year] wasn’t just about displaying the talent of people of color on campus, but also [their] history,” said sophomore Ashley Lagrange.

“I liked how the archivist asked for journal entries [and several other mementos] from people of color on campus,” continued Lagrange, commenting on the library’s initiative to expand their archives. “This shows what kind of an impact the activists are having on campus and that they are part of Lawrence’s history—showing them that their work will pay off.”

A want for more was the only criticism that the show received.

“I know I would regret not going, since this is my last year. I heard great things about it last year and I had so many friends in it. I think more events like this should happen, instead of just a yearly showing. A different location would be interesting to see,” said senior Madi Evans.

The Black Student Union is looking into expanding the event in the future.

“[Cultural Expressions] was dope, we were all really excited,” concluded Owens, “We are going for Somerset next year. There is always room for improvement, the only improvement would be a bigger room. I think a lot of people are going to start to recognize how important and exciting it is, how historically rich and I think it is good for people to come out and see that.”